From its founding in 1996, when CEO and founder Kevin Plank started the company from his grandmother’s basement, Under Armour has grown into a worldwide sports apparel brand. Powering this rise is the company’s commitment to high-quality design and use of modern synthesized moisture-wicking fabrics. We spoke with Justin Schlothauer, Lead 3D Industrial Design Engineer at Under Armour, to find out about the design process and how the team has implemented KeyShot as the hub of digital creation to cut down on environmental waste and prototype at speed.

First off, could you tell us a little about yourself? 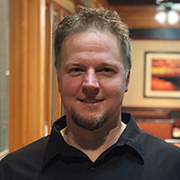 I’m the Lead 3D Industrial Design Engineer at Under Armour. My background is in Industrial Design, focused specifically on 3D Industrial Design, although I studied Mechanical Engineering at college. I worked at several companies before Under Armour, including GM and an architecture company that made fabric buildings. I’ve been at Under Armour for 12 years now, initially in graphic and apparel design. We started to ramp up our footwear offering and this provided an opportunity to switch to 3D design. I’ve been at it pretty much ever since, driving along with the same vision in mind since I began. 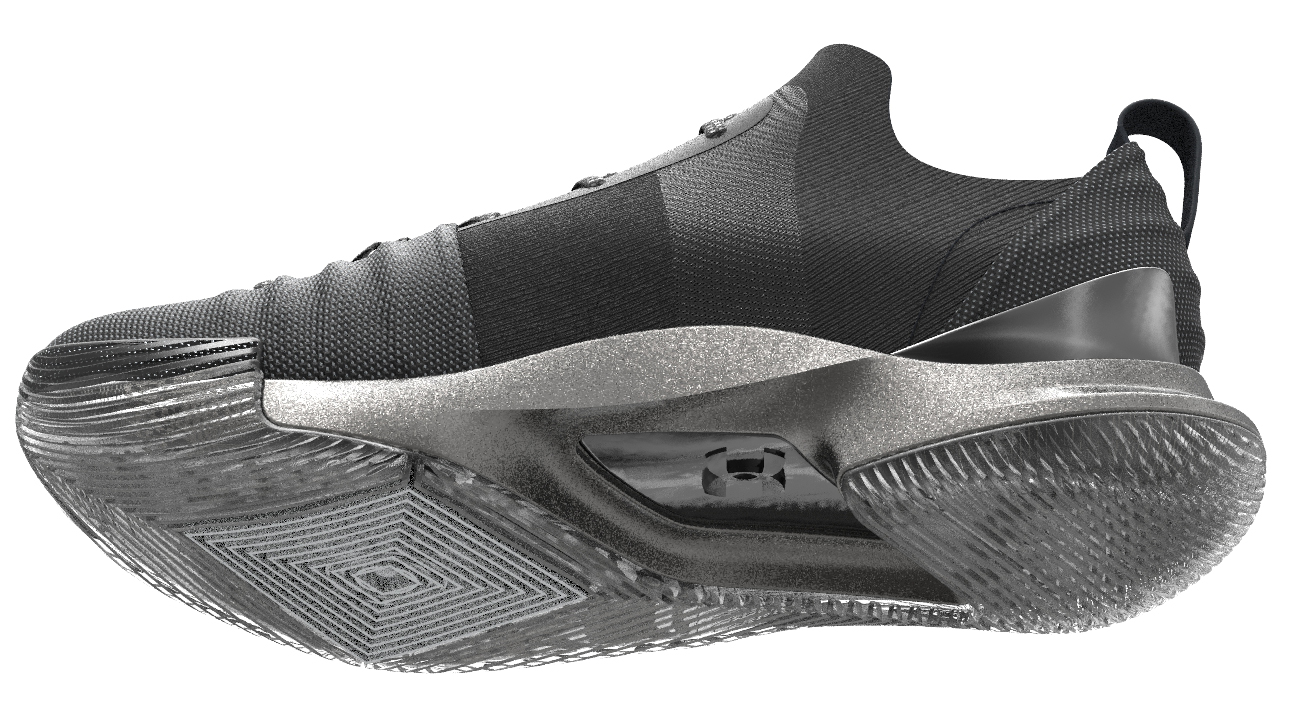 Having been with Under Armour for so long, you must have seen a lot of different technology come and go?
Yeah, definitely. We started off 3D modeling and 3D printing our shoes and then training factories to produce to our standards, which meant we had a lot of people involved from start to finish. With our current digital creation initiatives, however, we can create the whole shoe digitally, which requires a lot less time and effort. 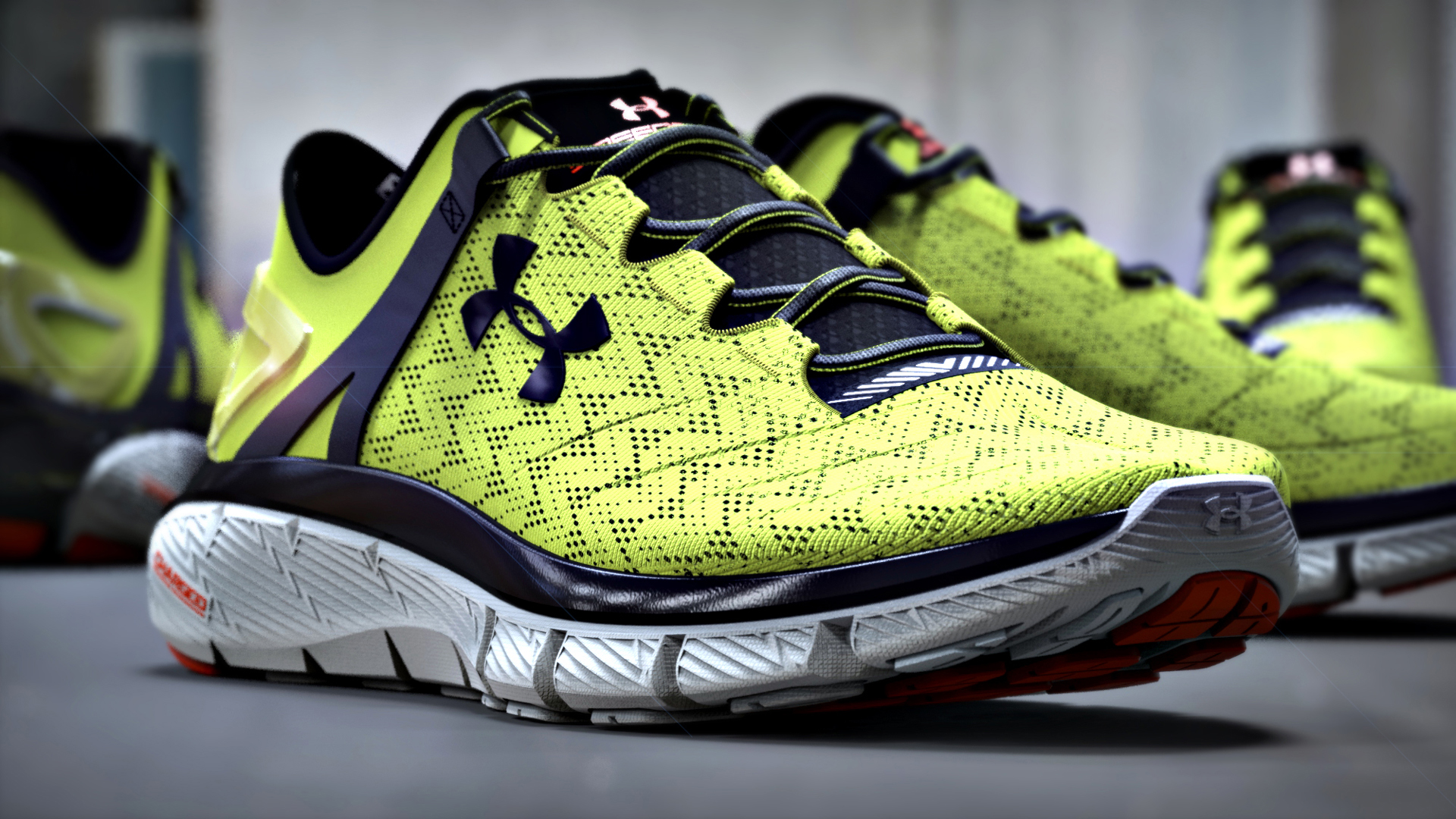 What did you use before KeyShot in your product design pipeline?
We’ve tried pretty much every other piece of rendering software on the market — RTT Deltagen, V-ray, Modo. We must have put them all through their paces. We started using KeyShot roughly five years ago. I looked into it as a solution and it seemed really easy to grasp right off the bat. We could create professional visuals without too much training. It was really fast and CPU-based so we didn’t need high-level graphics cards, which meant we could share our renders with people who didn’t necessarily have a high-spec workstation.

KeyShot produced better results, at faster speeds and lower cost. It was more versatile than its competitors and we could get people working with it straight off the bat without extensive training.”

KeyShot produced better results, at faster speeds and lower cost. It was more versatile than its competitors and we could get people working with it straight off the bat without extensive training. It was clearly the best option and I really like the final result too — the rendering always looks great, especially for rendering fabrics which are incredibly important when you’re designing footwear. 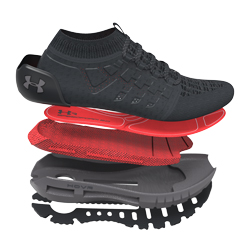 How easy is it to create different materials for the shoes in KeyShot?
Right now we have minimal standards for the materials — we set up standard operating procedures for all our users to be able to create their own materials, which can then be used in the design process. We’re actually hiring a digital materials librarian whose job will entail setting up materials for KeyShot, then making sure they’re accurate and ready for use. It’s a huge initiative but we’ve figured out a way of streamlining the process. Soon, all the materials will be in the system, accurate and ready to use. It’s part of the overall ease of use in KeyShot that allows us to implement things like a virtual material library so quickly.

What’s your design process at Under Armour? How do you go from sketch to full 3D render?
It always starts with an artist’s sketch, which is then passed to three teams to work on. Within five days we get a full shoe rendered out with all the colors from the sketch. These renders are created in such a way that the image meets our best practice engineering standards. I don’t even like to call it a render, I like to call it a ‘digital product,’ because it’s accurate to the final product in terms of its construction. All the details are in there and it looks real. The majority of salespeople and vendors who look at it don’t even realize that it’s not a real shoe.

KeyShot’s real-time render view is fantastic — the fact you can change color and material and the changes show up as you make them is huge. It means we can play around with a design as much as we want without making costly models and see the results instantly.”

What benefits does KeyShot bring to this design process?
KeyShot’s real-time render view is fantastic — the fact you can change color and material and the changes show up as you make them is huge. It means we can play around with a design as much as we want without making costly models and see the results instantly. The program is also set up so that you can get a good result really quickly, which was key for me. It’s scalable too – for example, we can create multiple colors within one file.

Another huge advantage is the working relationship we have with Luxion. From our Account Manager to the Product Development team, they constantly take the time to listen to our feedback, understand our requirements, and tailor the features to a modern design workflow. It means we can adapt the software to get the most out of it. The customer service experience is also really good — they’re smaller than other companies and have a great response time. We’ve established a really good relationship with them and they’ve been really responsive to our needs.

On top of all that, KeyShot gives us the ability to turn an artist’s sketch into a 3D render in very little time. The render allows us to have a photo-real digital model of the product that we can manipulate as much as we want in order to develop the design. 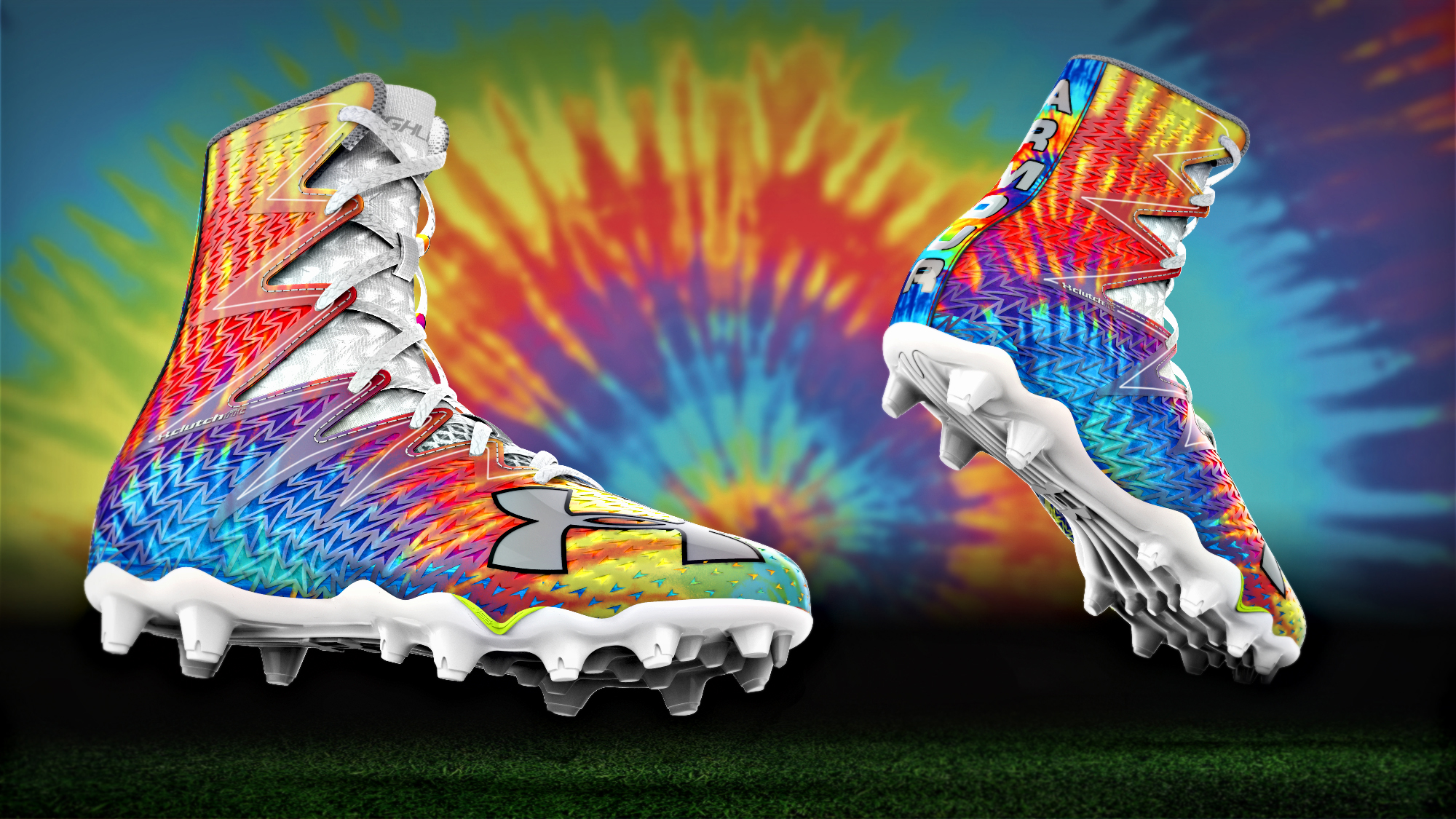 When you talk with marketing about adverts for your products, what workflow do you use?
We use a defined number of KeyShotXR files from KeyShot and render them out to display the product as if it were spinning, though it’s actually switching really fast from image to image, frame to frame. We use this a lot for outward-facing presentations. While we’re still working on the design, we use the KeyShot Viewer and, since we don’t have to render out all of the KeyShotXR files, it saves us a lot of time. One of the major advantages with KeyShot is that anyone can open the scene — you don’t need a high-spec workstation, nearly any computer can handle it. KeyShot saves us a lot of time. We do 100% in 3D, from our footwear product creation process all the way to market — every iteration of the design, every colorway — we’ve replaced physical samples with digital samples. It’s interesting — I was driving down I-95 (in Baltimore) recently and saw a big 3D shoe on a billboard. I always wonder if other people who see it realize it’s a 3D render rather than a photo of a real shoe!

So implementing KeyShot has made the whole process more efficient?
Definitely. It means anyone can open up the file to review it, click through the colorways, whatever they want. Another important feature KeyShot has is the ability to create a PNG screenshot (a screenshot of the Real-time Viewer with no background). This saves us a ton of rendering time and allows anyone to drag images of our products right into their PowerPoint presentation. It’s been a huge timesaver. 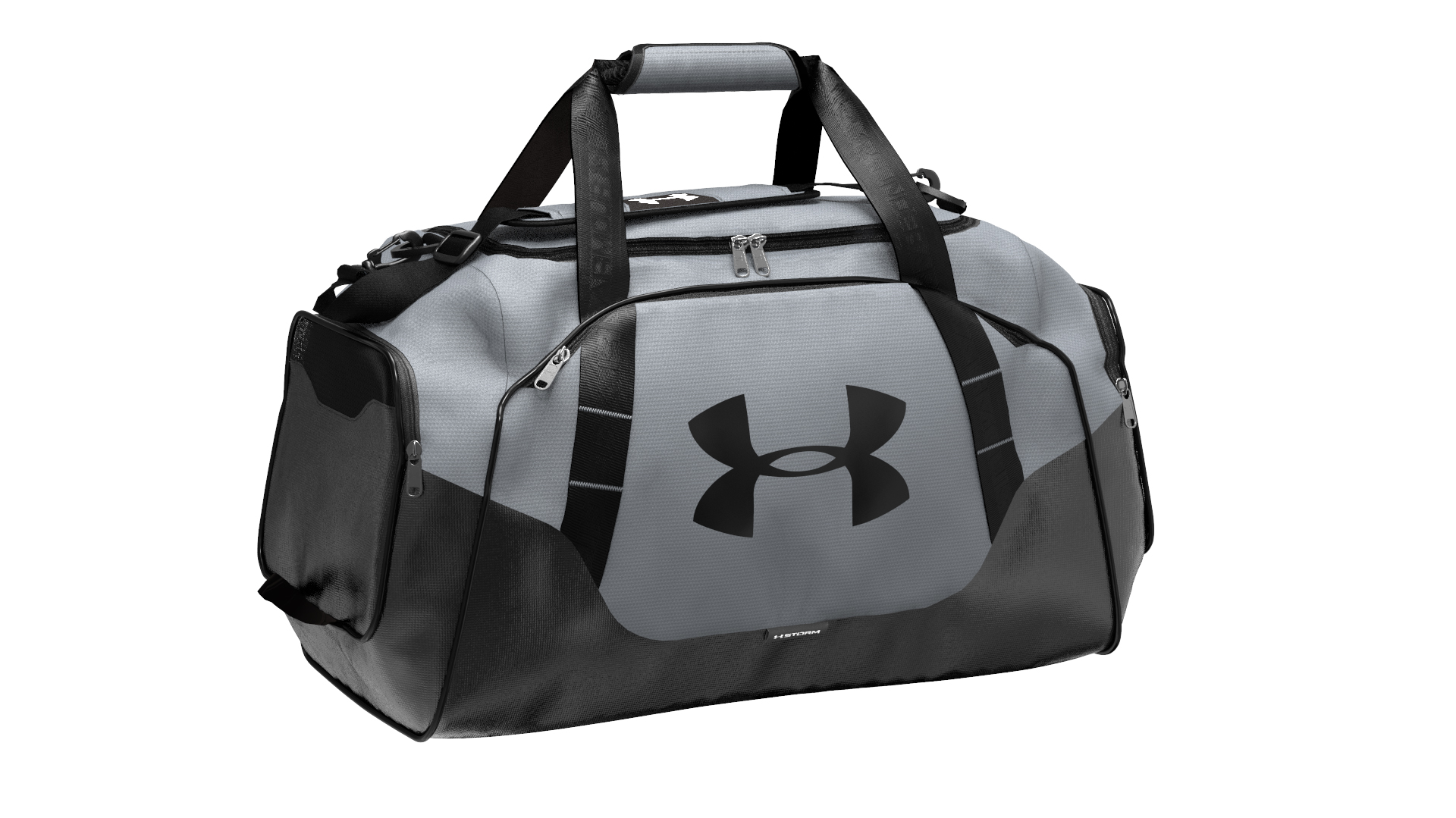 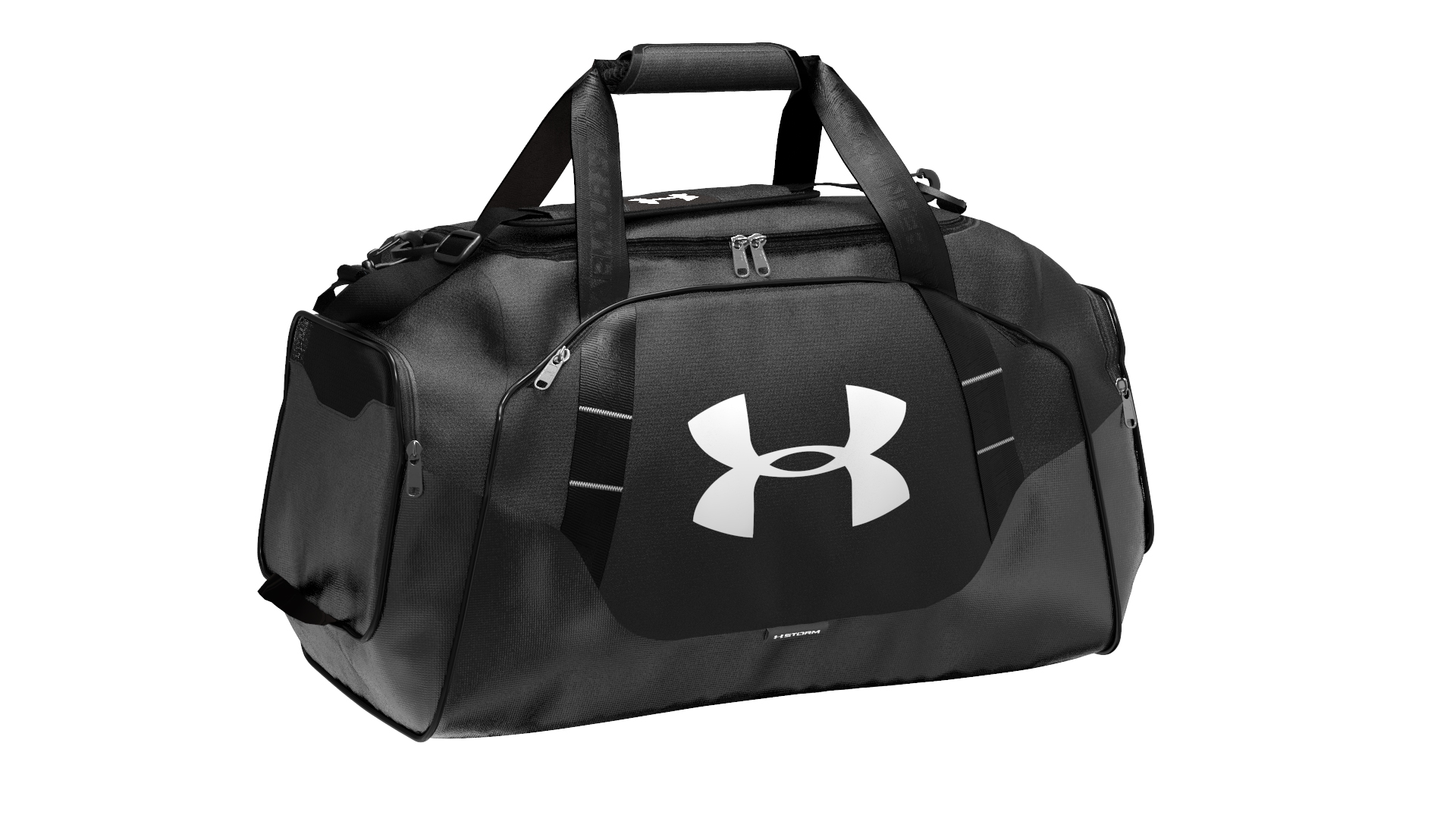 At Under Armour, we have a global sustainability team and they love us here at the 3D rendering department because our 3D models and KeyShot renders reduce all the waste associated with physical footwear samples.”

Using KeyShot has also been great from the point of view of our environmental commitments. At Under Armour, we have a global sustainability team and they love us here at the 3D rendering department because our 3D models and KeyShot renders reduce all the waste associated with physical footwear samples. Aside from being much more efficient in terms of the design and production process, it’s much more environmentally friendly to use a computer to make all these models rather than creating loads of samples.

Are there any other tools you use in conjunction with KeyShot?
For footwear, we use Rhino and KeyShot together. We have custom plugins and workflows for Rhino that we use to create digital representations of our shoes. Those are basically the only two. Rhino has a big user base, which makes learning to use it a lot smoother and easier. 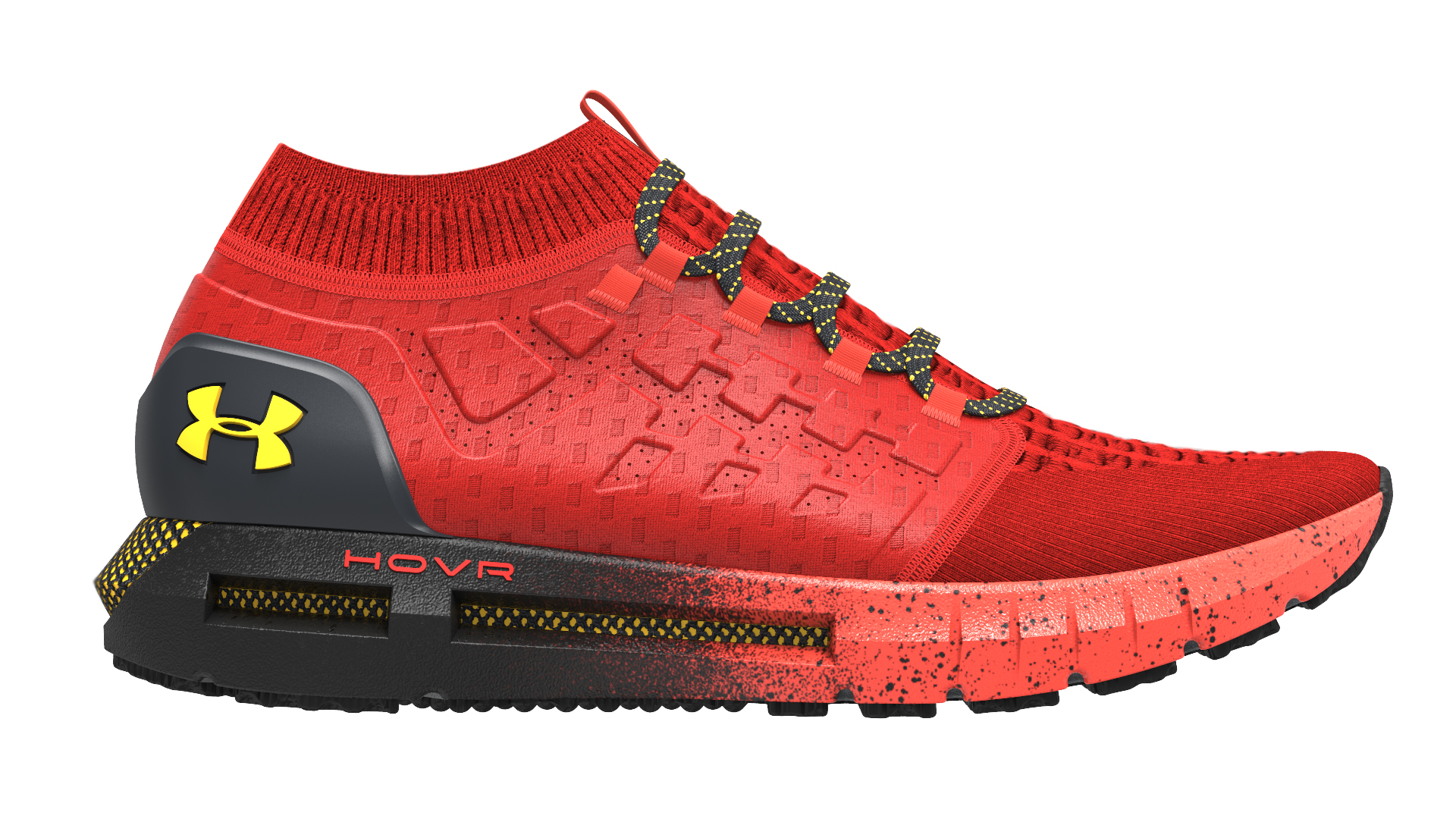