When we talk with artists, we tend to focus a lot on what they’re working on now, their accomplishments or their success secrets. We’ll always find that interesting, but how they got there always serves as a foundation for who they have become. Ara Kermanikian is evidence of this, showing how interests and choices along the way can lead you back to your passion. Through his work with Microsoft, he recognized where CG was headed and now enjoys his work as Concept Designer, Author and Educator. He relies on KeyShot to help him explore and iterate quickly through the process and tells us more about where he came from and why KeyShot is such an important tool to have. 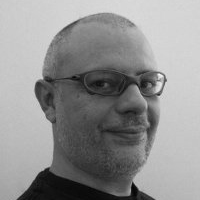 What led you from computer science and being Tech Director at Microsoft to concept art?
I have always been a concept designer. In the 80s I got into personal computers because of games and simulators, and after using a program called VU 3D on the Sinclair Spectrum, a very rudimentary and simplistic 3D app, I had a vision of the future potential of this medium for design.

My foray into personal computers drove me to learn programming, so when it was time for college, I chose computer science as a major and leaned more towards CAD courses because CG was still in its early incubation stage. To support myself in college, I took a part time job with Microsoft in 1989. I also got into the Commodore Amiga because it was making some good headway in CG. For my senior thesis, a schoolmate and I wrote a rudimentary 3D program and as college was winding down, Microsoft was taking off.

After graduating, I was at a fork in the road, one way was to continue working at a now super successful Microsoft, or branch out into CG. At the time, production grade CG equipment and software from SGI and other vendors had stratospheric price tags, and were completely out of my reach, while Microsoft was on a trajectory to democratize computing with its goal to put a computer on every desk in every home and office. It was a good cause be part of so I stayed at Microsoft and opted for a career in software engineering. Windows NT brought workstation level performance to PCs, and Microsoft’s purchase of Softimage made huge strides in establishing a lower entry price point for workstations and production level CG software.

Microsoft was a wonderful place to work at the turn of the century, and it was exhilarating to work with extremely smart people on a daily basis, but around 2005, I noticed my mission of attaining affordable tools was well achieved, and it was time to harvest the benefits.

Even though I had kept up with CG throughout my career at Microsoft, in 2007 I left Microsoft and took some courses at Art Center and at Gnomon to round out my education. I still feel like I am at the inaugural stages of my new journey and am super excited to contribute in this new capacity.

What are some highlights throughout your career?
During my early days at Microsoft and at the inception of Windows, I was laughed out of a room of CTOs while talking about how the graphical user interface and peripherals like mice were going to change computing forever. This was a room full of Lotus 123 and WordPerfect users. As I walked out, defeated, flabbergasted and feeling utterly demolished, I noticed a little girl of about 7 or 8, probably one of their daughters, walk up to a demo station and instinctively pick up the mouse, click around, then launch Paint and start painting. 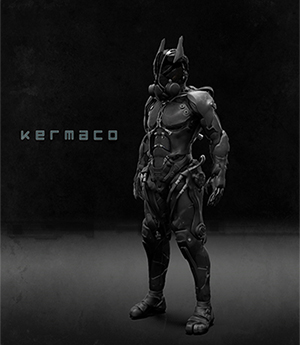 It was an honor being part of the technology team that shifted Microsoft’s direction from the desktop to the internet. I was a star witness of how an established big business was able to pivot to the direction of technology instead of the other way around. It had serious ramifications for the industry.

Understanding what the combination of ZBrush, KeyShot and Photoshop could do was the big highlight. I had finally found the tools which would allow me to design whatever lived in my imagination, and I could produce the results I envisioned and dreamed of since I first used VU 3D.

Lastly, no highlight can compare to seeing something I created and worked on being used in a production.

What would you say is unique about your approach to a project?
The anticipation of the result, because even though I have some good ideas and foundations for the final design, I leave plenty of room for evolution and happy accidents. I strive to get to the end result as soon as possible, but also enjoy the journey. KeyShot is an integral part of the process because it gives me the chance to explore, iterate and try out looks to discover what works best.

What is your primary 3D modeling software? Why?
ZBrush. Even though I still use Maya for some modeling tasks, the ZModeler capability introduced in ZBrush 4R7 is making it less and less critical in my modeling workflow. I know that whatever it is that I dream up, I’ll be able to visualize it with ZBrush.

Where in the process do you use KeyShot?
At various stages of the design process, and extensively when coming up with the final image. Having the ZBrush to KeyShot Bridge and being able to shoot models over with a click of a button is priceless, because I can, at any point in the design process, see what the finished look will be, and can iterate colors, materials and environments really fast and jump back to ZBrush to make modeling and sculpting details, and using livelinking in the bridge, send the updates back into KeyShot.

KeyShot gives me fast beautiful results, and I can iterate looks and compose images super-fast.”

What makes KeyShot an important tool to have?
KeyShot works the way I have always wanted a renderer to work. Load the model, whether it is low poly, or composed of hundreds of millions of polygons, and then assign real world materials, select an environment and lastly, compose the final image like you are looking through a camera. KeyShot gives me fast beautiful results, and I can iterate looks and compose images super-fast. My previous forays into other renderers left me frustrated because my creativity was bogged down with complexity, settings exploration and delayed results. KeyShot produces incredibly realistic and beautiful renders. It allows me to create compelling images of my designs and models very quickly.

What advice would you give to someone interested in doing what you do?
Three things:

Enjoy the work: If the only thing that makes you feel good is doing the work, then go for it, because that’s all you’ll be doing until you get to the level of perfection you set out to achieve. You also have to be comfortable with the fact that the achievements are fast fleeting and your biggest competition, so you will have to perpetually continue to work and reinvent yourself to overcome your last achievement.

Know the fundamentals but also keep current: There are no shortcuts around the fundamentals so it is important to learn them as soon as possible. It is also important to stay on top of advancements as we live in a time where incredible progress is being made in tools and media on an increasingly fast pace. 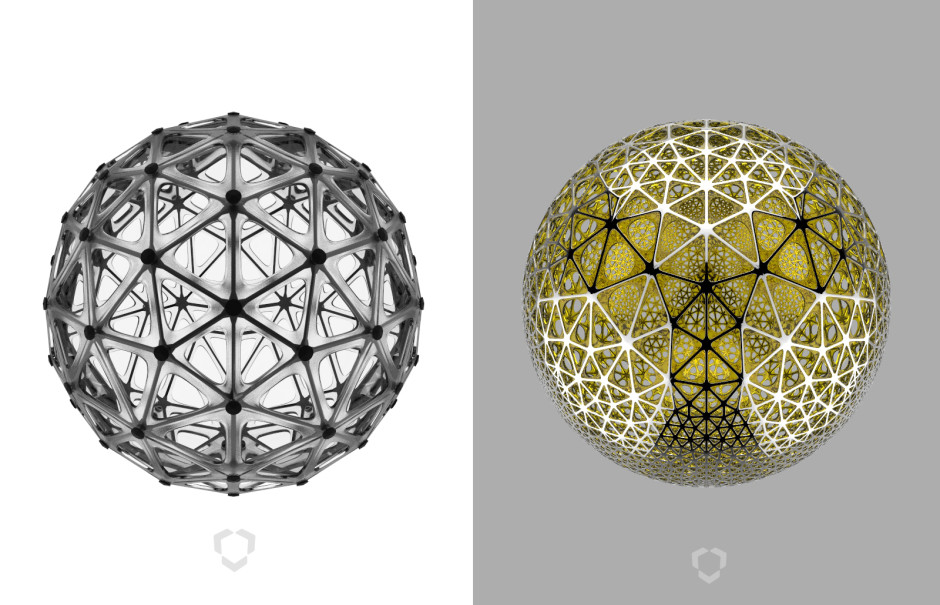 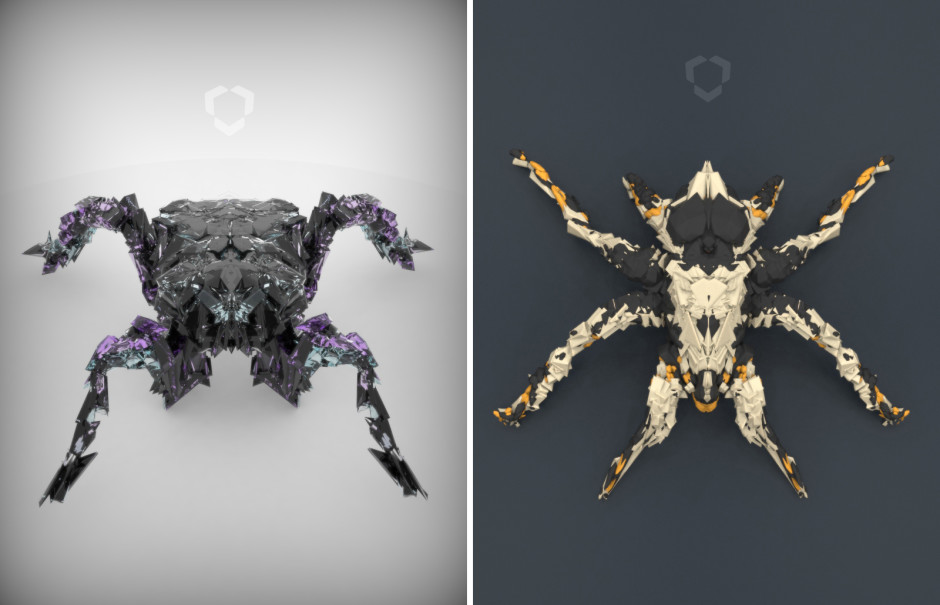 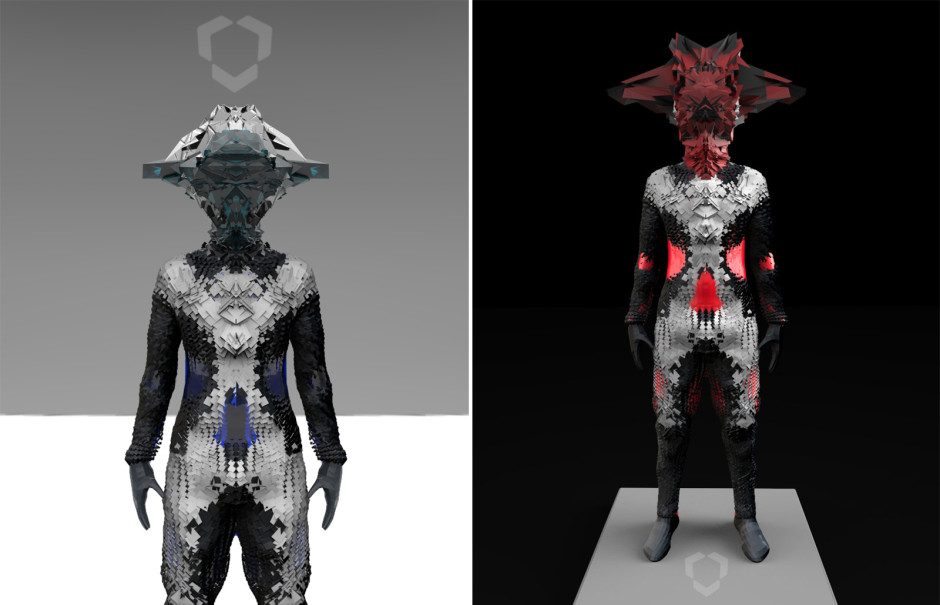 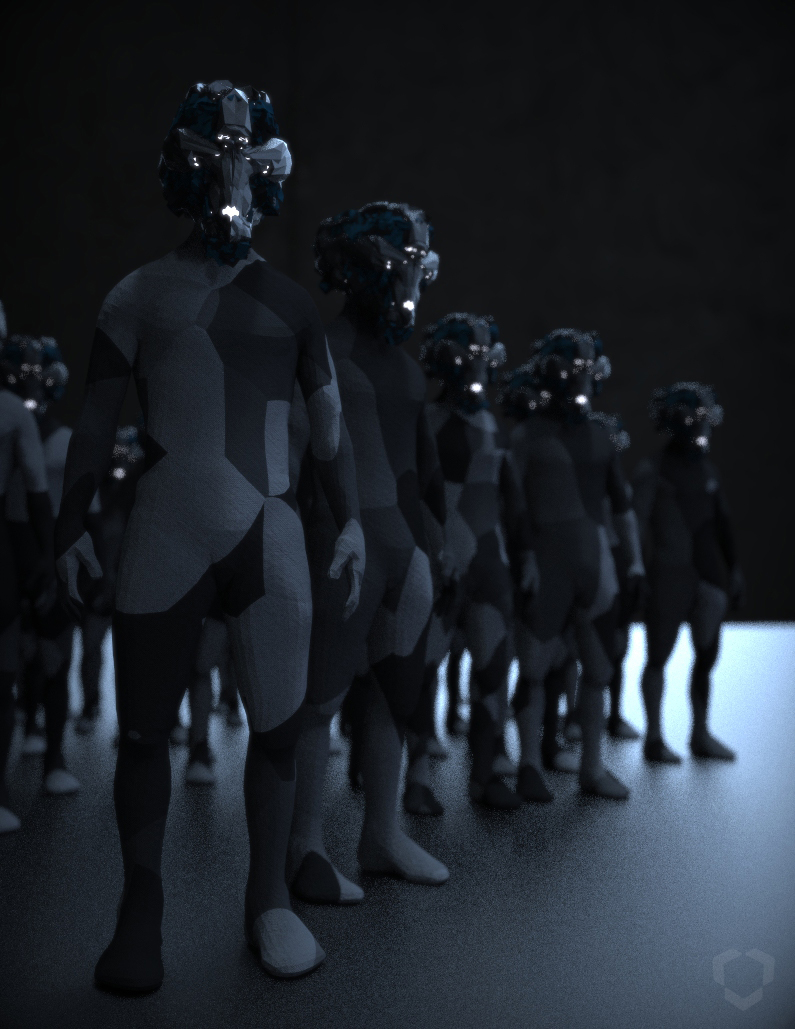 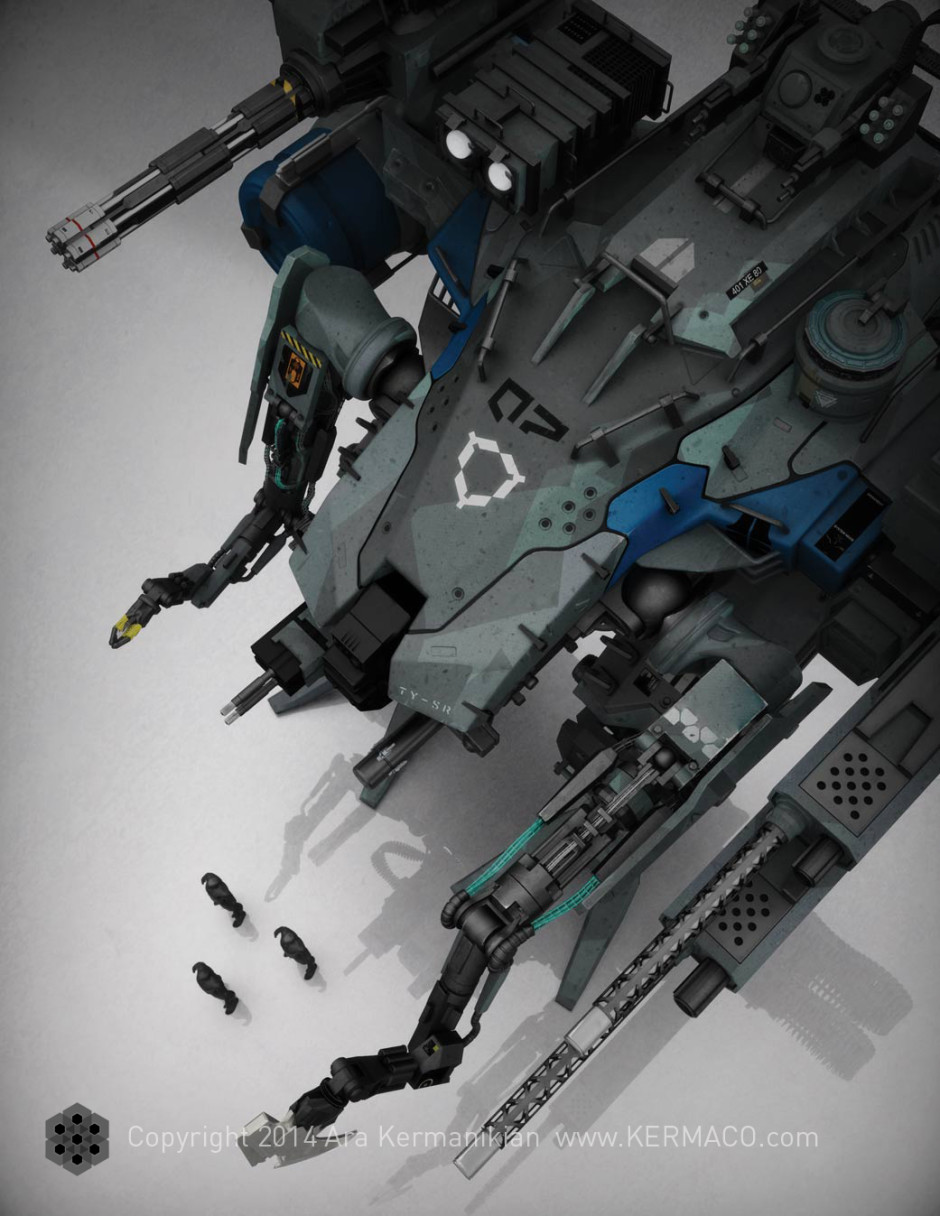 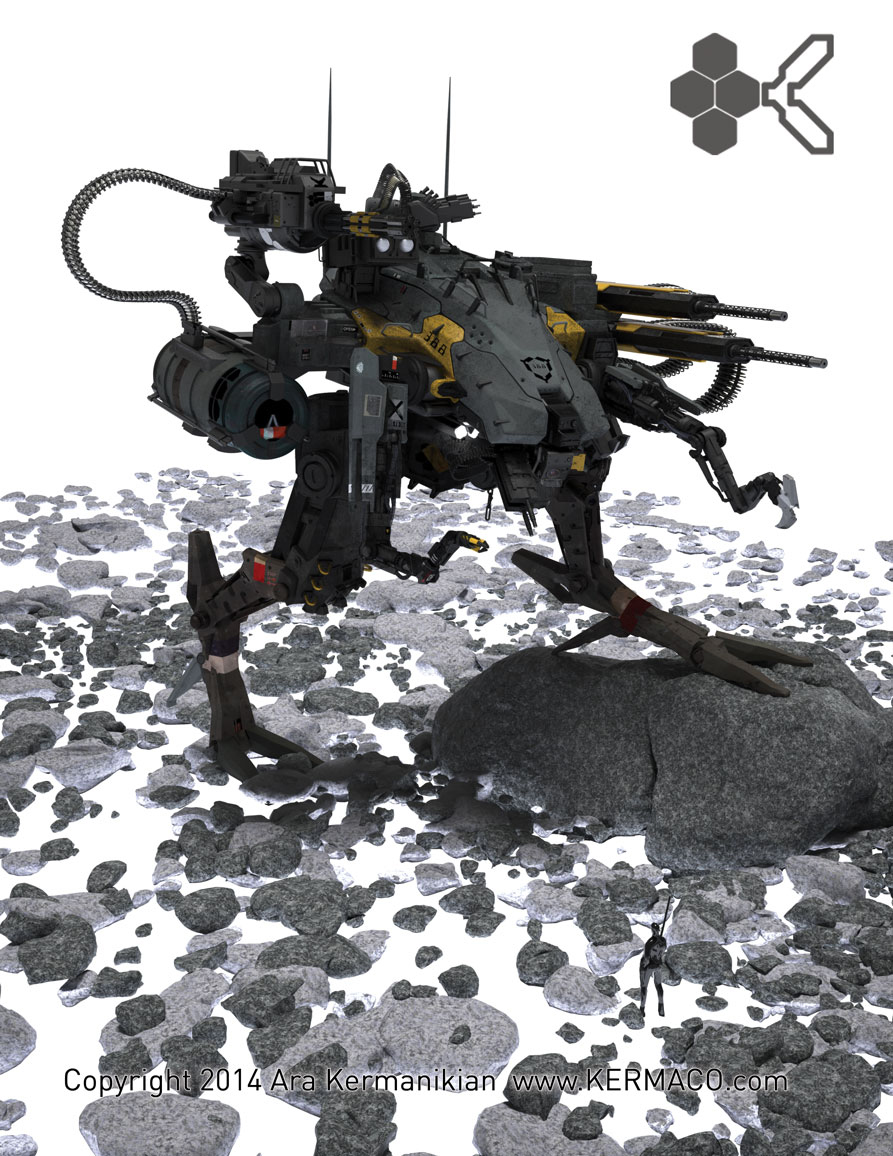