When you compose an image – focusing on the detail, adjusting the light to accentuate the shapes and edges perfectly – every detail matters. Every gap, surface, material and texture is a brush stroke to complete the masterpiece. One person familiar with creating extremely detailed and realistic compositions is Vitaly Bulgarov. He currently works as Senior Cinematic Artist for Blizzard Entertainment. You have likely seen his work in video games, online and may have even gone through one of his video courses from the Gnomon workshop where he takes you through the process from modeling in ZBRush and Softimage XSI to rendering in KeyShot. We caught up with Vitaly to find out a little more sparked his interest in 3D visuals and how he’s using KeyShot to create his incredible photorealistic images.

Vitaly began his career as a freelance artist in Moldova in 2004. While working in Moscow with a major Russian game developer he continued to freelance for other game studios, refining his skill and talent for detailed compositions. Since then he has risen to become one the most esteemed 3D artists in the industry, winning many awards. He continues producing exceptional 3D visuals as Senior Cinematic Artist for Blizzard Entertainment. “My passion for film and videogames led me down this path. I can be in both worlds at the same time: making cinematic trailers for Blizzard’s amazing games.”

Vitaly’s primary modeling tool is Softimage XSI, using it to model many of his highly detailed freeform models, as is the case with the spectacular Alien creature you see here, created for his Gnomon workshop course. “Softimage XSI has a very efficient toolset for subdivision modeling. Its fast performance gives me the feeling like I’m driving a sport car.” 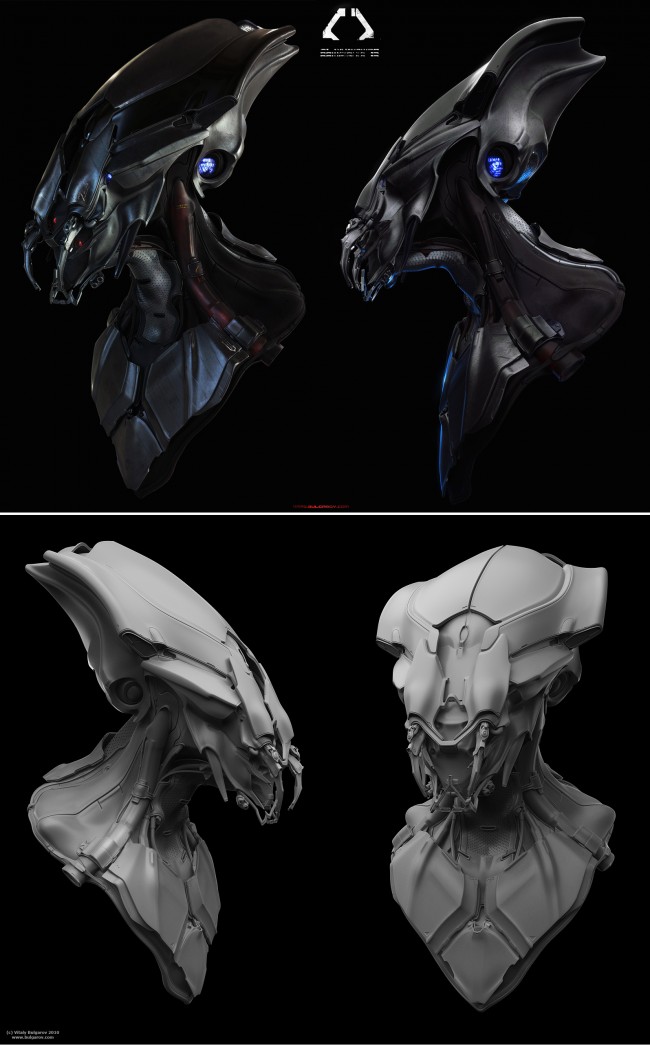 HDR environments, realtime rendering and library of physically correct shaders in the simplicity of a toaster. I’ve found all of it in KeyShot.“KeyShot is seriously one of the best things that happened to me in my whole carrier as a CG artist,” Vitaly says. “I started to use it for my personal design work about a year and a half ago as it soon became clear that its potential for rendering in a fast-paced modeling/design work with a lot of iterations and tight deadlines is invaluable. For me, it was a first rendering software that makes sense for a designer who doesn’t have time to create heavy lighting/environment set-ups in a 3D software and generally doesn’t need to stay within feature animation production pipeline to work on a design.”

“All the designer wants to do is to bring his 3D model in a realistic environment or studio, find a good angle, take a picture of it like if he was a photographer and show it to client. That would require things like interactive HDR environments, realtime rendering and library of physically correct shaders in the simplicity of a toaster. I’ve found all of it in KeyShot. So generally speaking Keyshot’s accessibility to photorealistic rendering is what brought me to the decision to use it.” 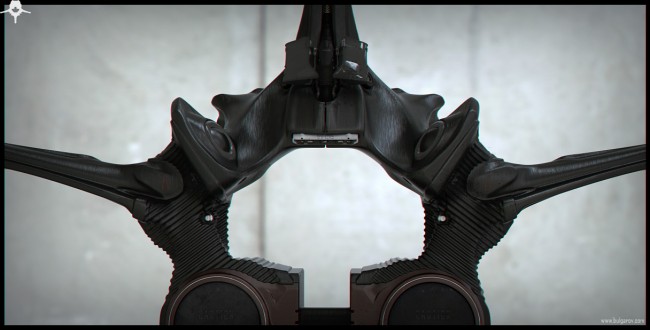 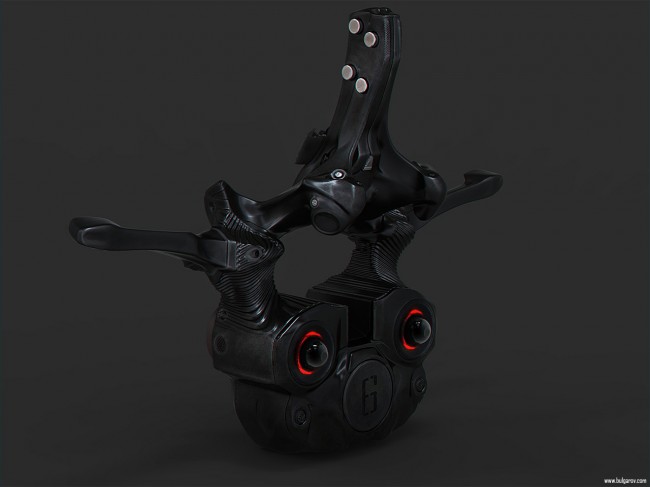 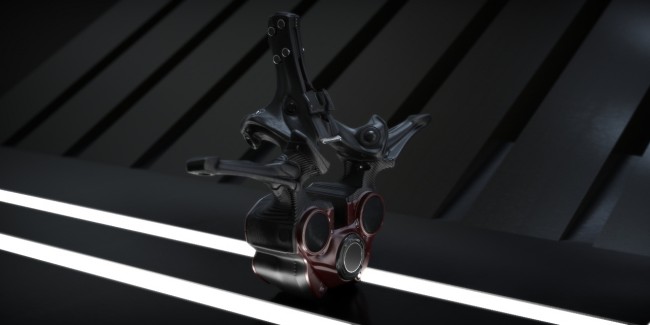 Tool for the entire Design Process 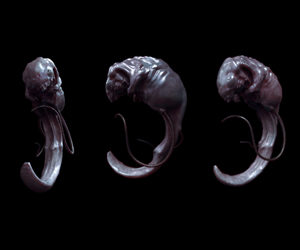 When asking Vitaly how he uses KeyShot, he explained, just as you may be familiar with, how it has helped through various aspects of the 3D design process. “During a process of building a 3D model if I need to show it for a review I will take the model into Keyshot for couple of screenshots. It’s amazing how a little lighting helps approvals! For a more advanced design, KeyShot is cleary the way to go when you need to develop a final, photorealistic looking product with all the materials in place.”

However, he also uses it for early concept work. “Just after I have done a quick 3d block-out, I’ll render it with a more neutral lighting and apply a Matte Gray material on the object. I use this render as a base for a detailed 2D paint-over in Photoshop. Since perspective and values are in place, it’s very easy to move forward with refining the concept.” 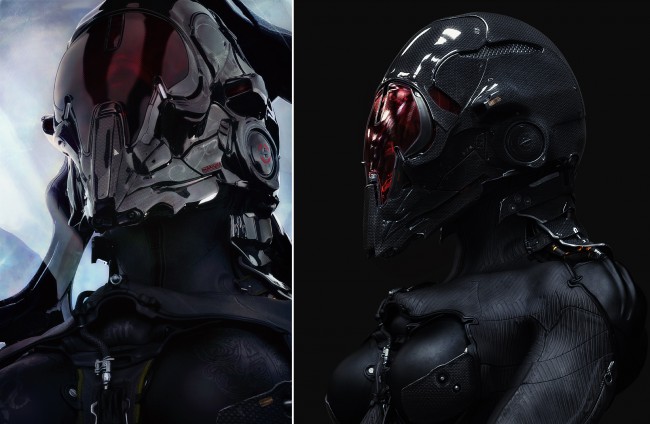 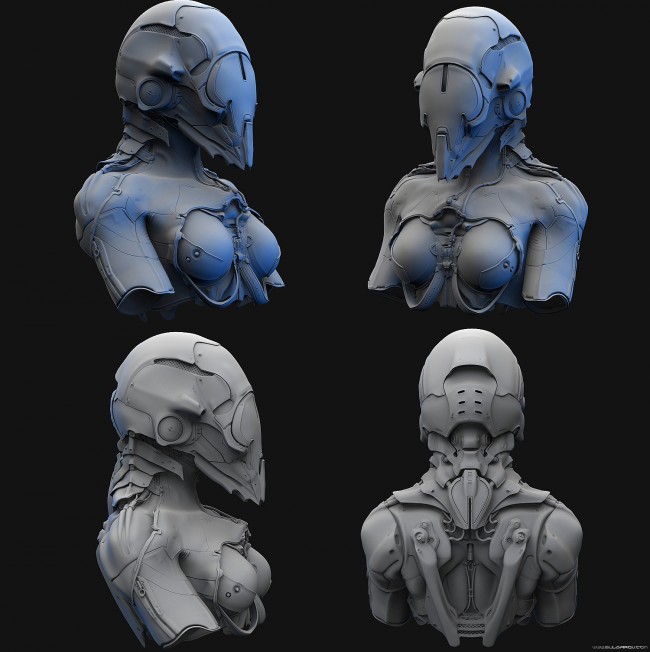 As you can imagine, Vitaly is a big fan of sci-fi mech design. “Anything that has to do with that usually ends up on the list of my favorites! For projects, My favorite so far at Blizzard is a cinematic for a new campaign of Starcraft II as I had a chance to work both on designs and highpoly 3D models of a lot of hard-surface stuff. However, it hasn’t been released yet.” 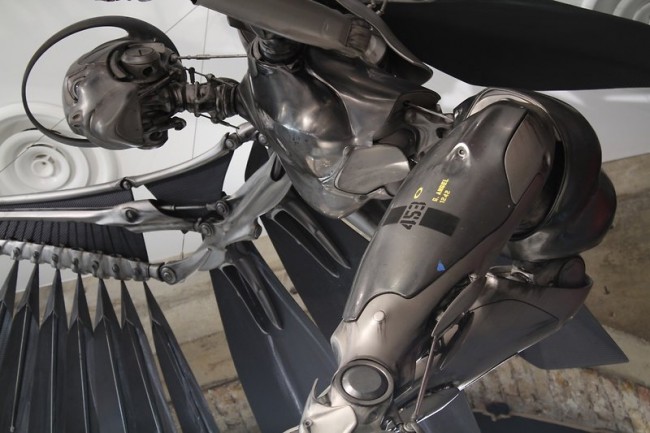 Besides that, I had a chance to work at my free time with Oakley on a design/3D model of a twelve-foot tall, metal angel sculpture with a twenty-five-foot wingspan. I was very fortunate to work on such a cool thing with the top-designers of Oakley Hans Moritz and Tony Kern, had a lot of creative freedom and learnt a lot from product design veterans. Clearly one of the most fun projects I had a chance to work on. You can see some pictures and read more about it here.”

It helped throughout the concept and design process, he explains, “I used Keyshot everytime I would send an update. It saved me a lot of time providing context for the lighting and how everything would look and feel after it was built.”

Keyshot is so easy to use. You really don’t even need a tutorial to figure it out and can do it on your own pretty quickly. My one piece of advice is to learn the hotkeys (‘K’ on the keyboard) – it helps!

Here’s a quick tip for you. When you don’t use a backplate, you see the HDR environment map in the background. If you’re happy with the lighting but the composition of the background is not working for what you need, there’s a trick for creating a composition without changing the light direction. This is very useful if you’re very particular with the way rim lights hit the edge of something and you want to rotate the environment just a bit to break up the overlapped silhouette of the model and the background. To do this, hide your model, take a screenshot/render of the empty environment with the rotation angle you need and bring it back in as a backplate. Then, just unhide the model and rotate the environment back to the angle degree that gives the lighting you prefer. Perfect! 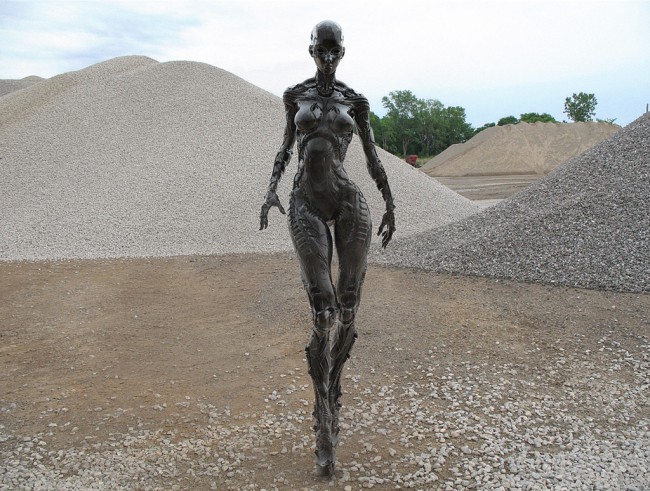