Speed, Sci-Fi, and Badass — Three words that describe Nelson Tai’s work. The Hong Kong based Concept Designer delivers characters, creatures, weapons and more to the film and entertainment industry using KeyShot. We had the opportunity to hear from Nelson about how he got his start and ask him why KeyShot is so important to his process. 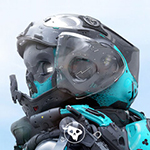 What sparked your interest in becoming a Concept Designer?
I started off my career as a web designer, but got really bored of it after a few years and felt the need to pursue something else. My wife’s love for movies is the main spark for my interest to pursue a career in the film industry. I didn’t know what would be required to get into the industry but I assumed some 3D work would be a good start. I saw artists using ZBrush to design stuff in 3D when we watched some ‘behind the scenes’ videos of movies on YouTube, so that inspired me to learn it and hope that some 3D work in my portfolio would be good enough to get me into some studio. 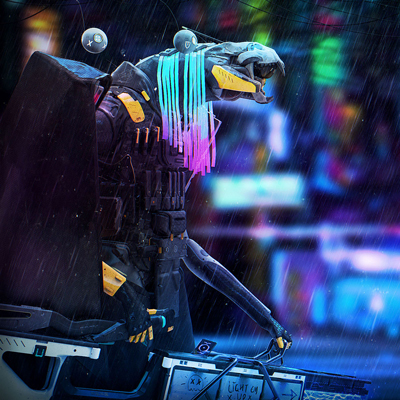 I got lucky and landed my first 3D job when we moved from Toronto to Hong Kong around four years ago. I was hired to FATface (VFX studio) as an animator, but instead of any animation work, I became involved with designs for the studio’s main sci-fi film project, “Warriors of Future”. I began developing my career into a Concept Designer with huge thanks to my boss Kofai (Supervisor at FATface and Director of “Warriors of Future”) for his trust and giving me design opportunities that I could have only dreamed of.

Another important key to the start to my new career was the opportunity to work on the incredible designs of Mike Nash and Alex Figini. Some of the first tasks back when I started was to further develop their designs for the movie (add features, redesign certain parts, detail, visual dev, etc.). Their work really made a huge impression in my mind to the quality and level of work I must achieve to grow as a Concept Designer. 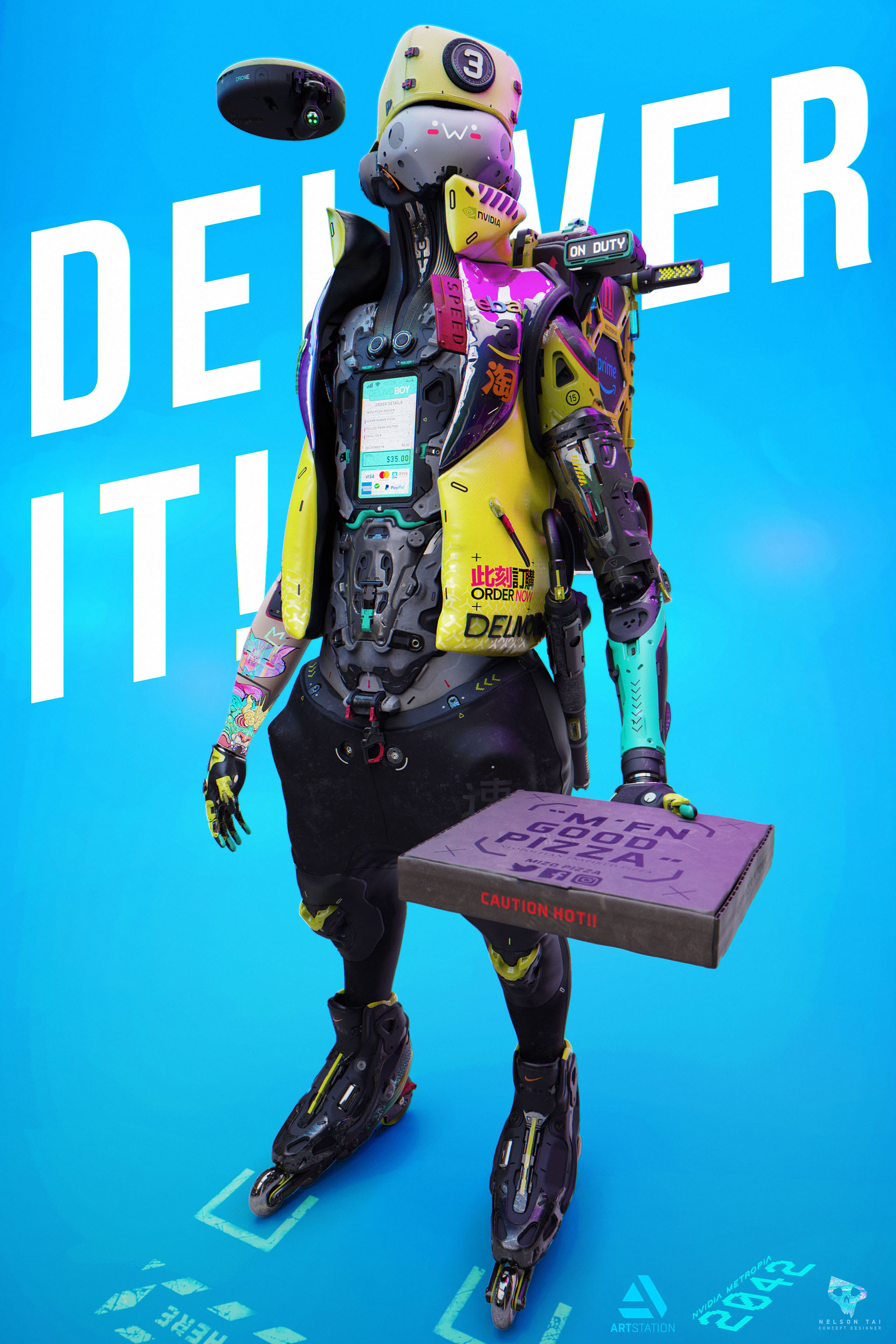 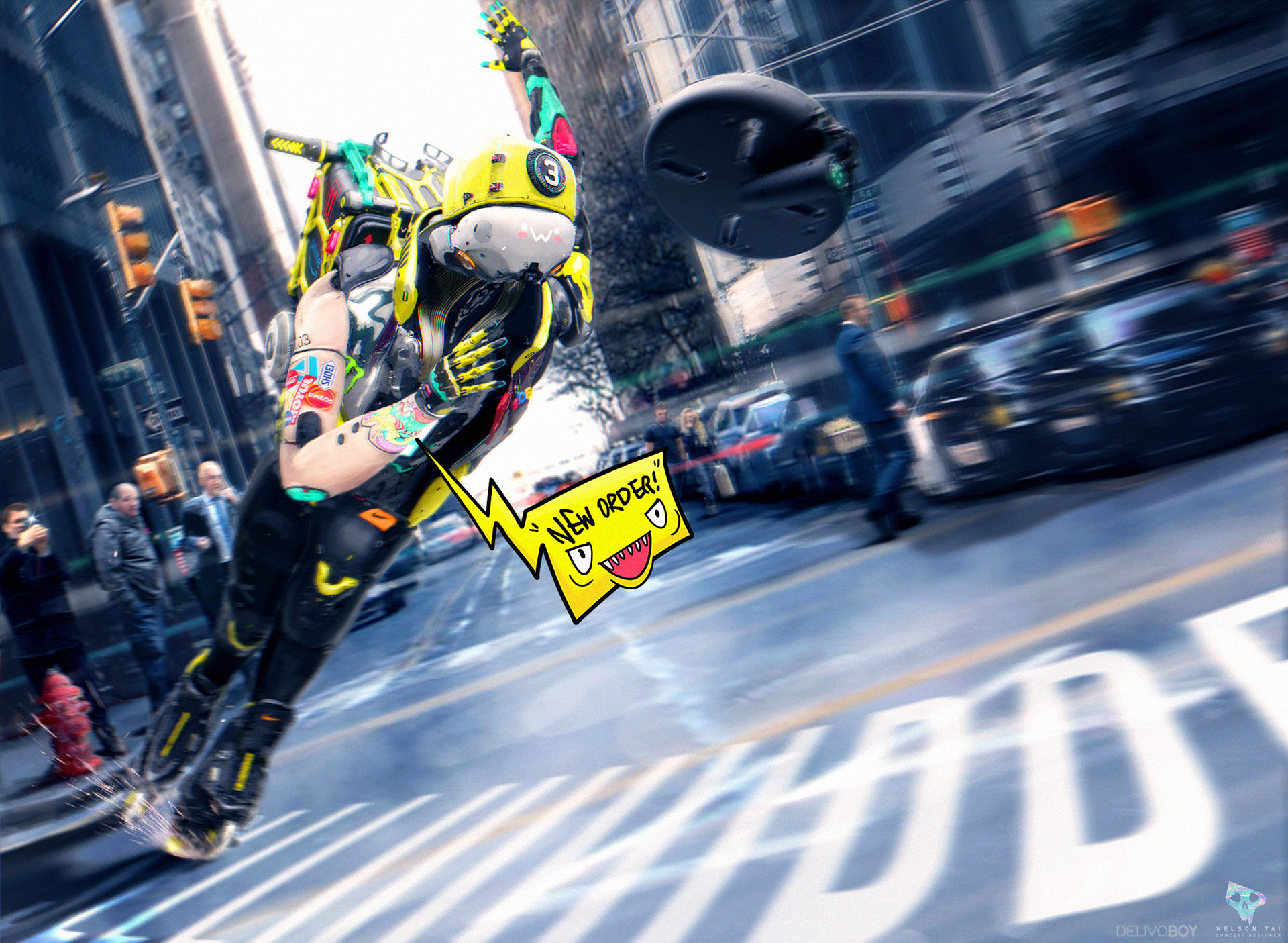 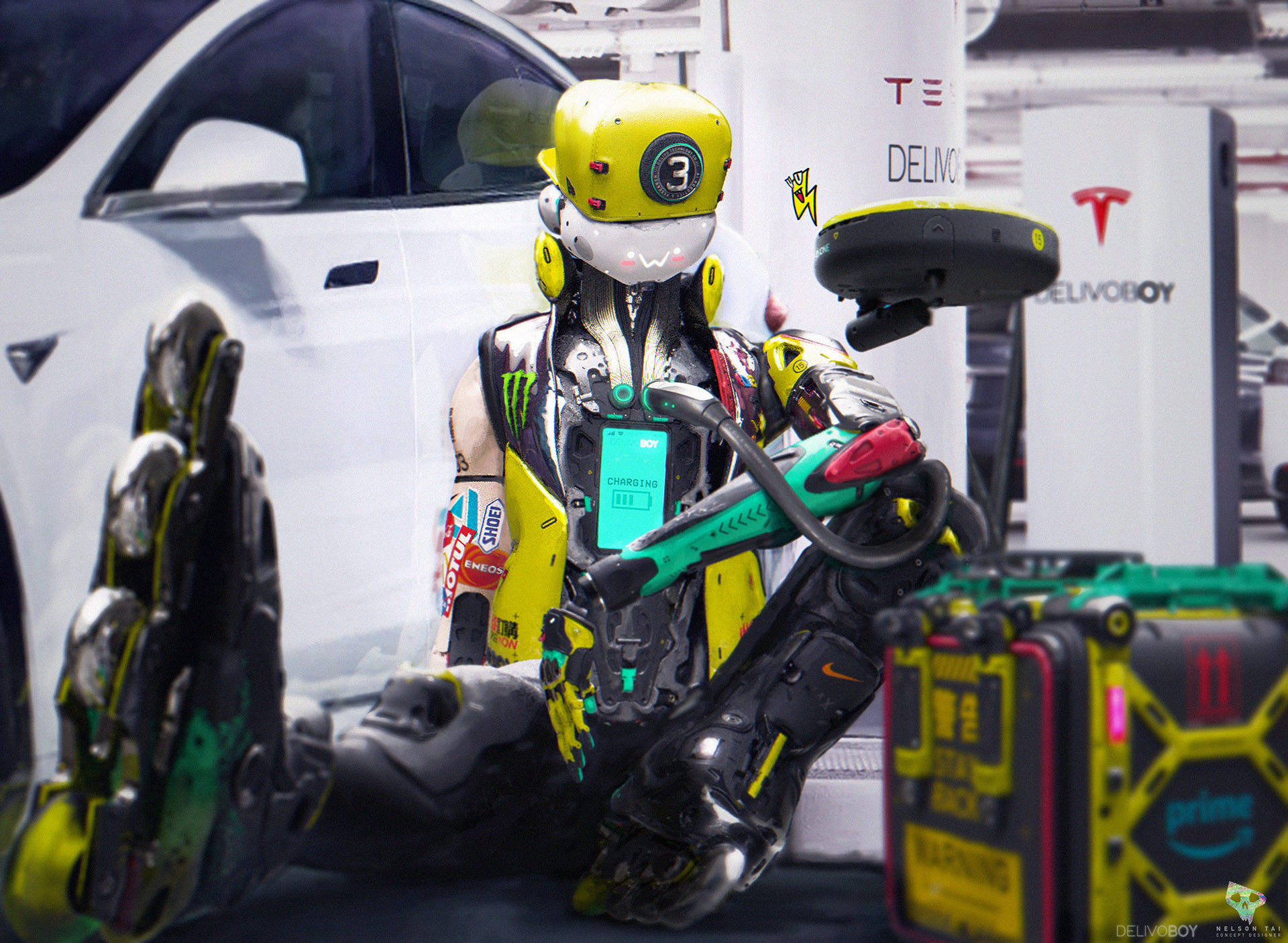 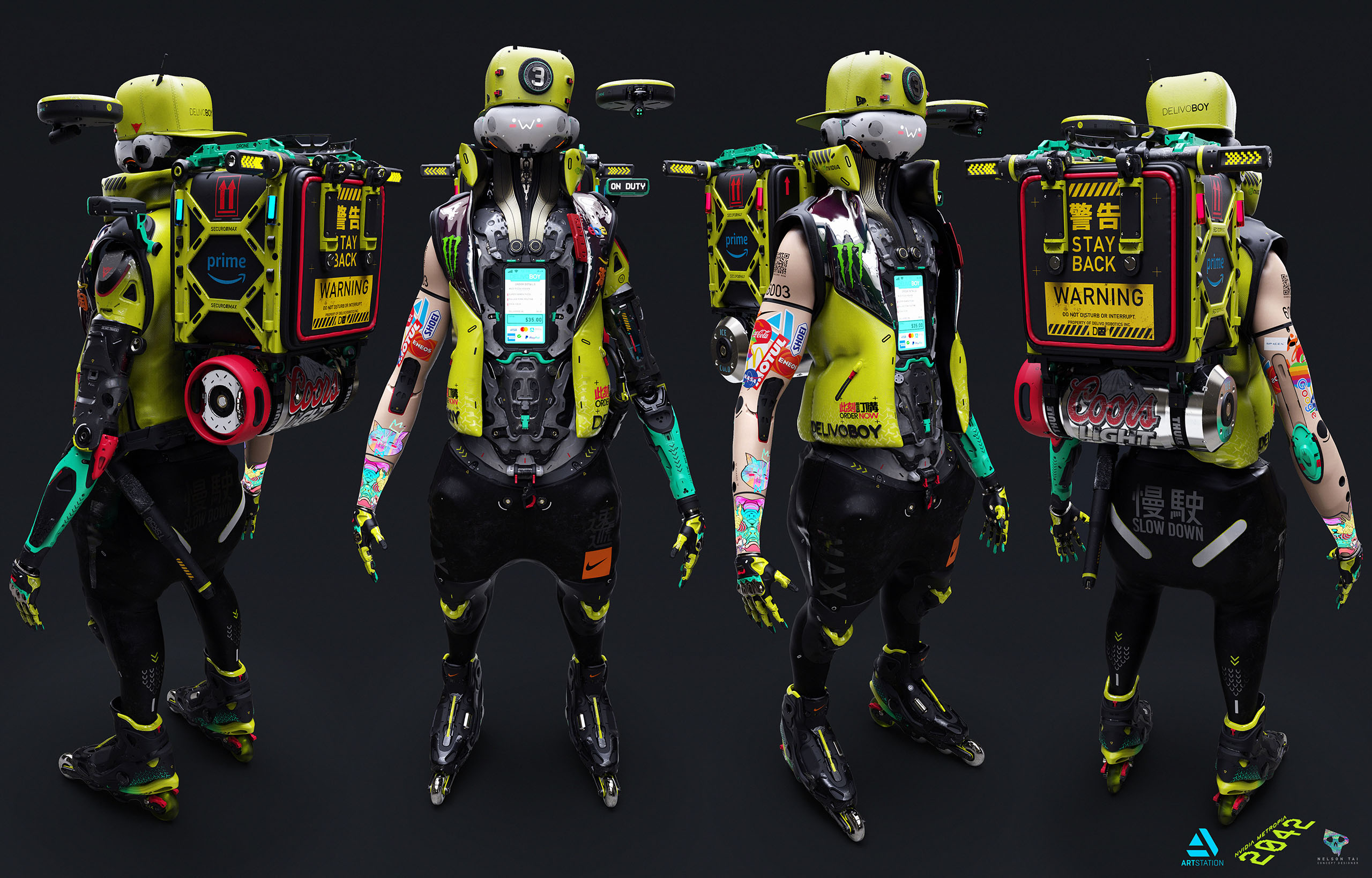 What was the turning point in your career?
As mentioned above, my wife inspiring me towards this career path will always be the greatest turning point. Then of course, the opportunities at FATface would be the next huge turning point. In terms of softwares that really changed my career, ZBrush would definitely be #1. It allowed a 2D-based artist like myself to transition to 3D in a way that made sense. I tried other 3D packages back then but it just didn’t work for me. It has been incredible use 3D to design in such an artistic way and then have the ability to see the designs become reality when 3D printed.

A few personal projects also became really important in opening up new opportunities for me. One of them is my NZR800 motorcycle concept. It put me in touch with the team at Pixologic, which later led to an opportunity to beta test ZBrush. The beta testing then led to a cover page feature on 3D Artist magazine! The Pixologic team has been super nice and supportive for my work and it just helps motivate me to do better. 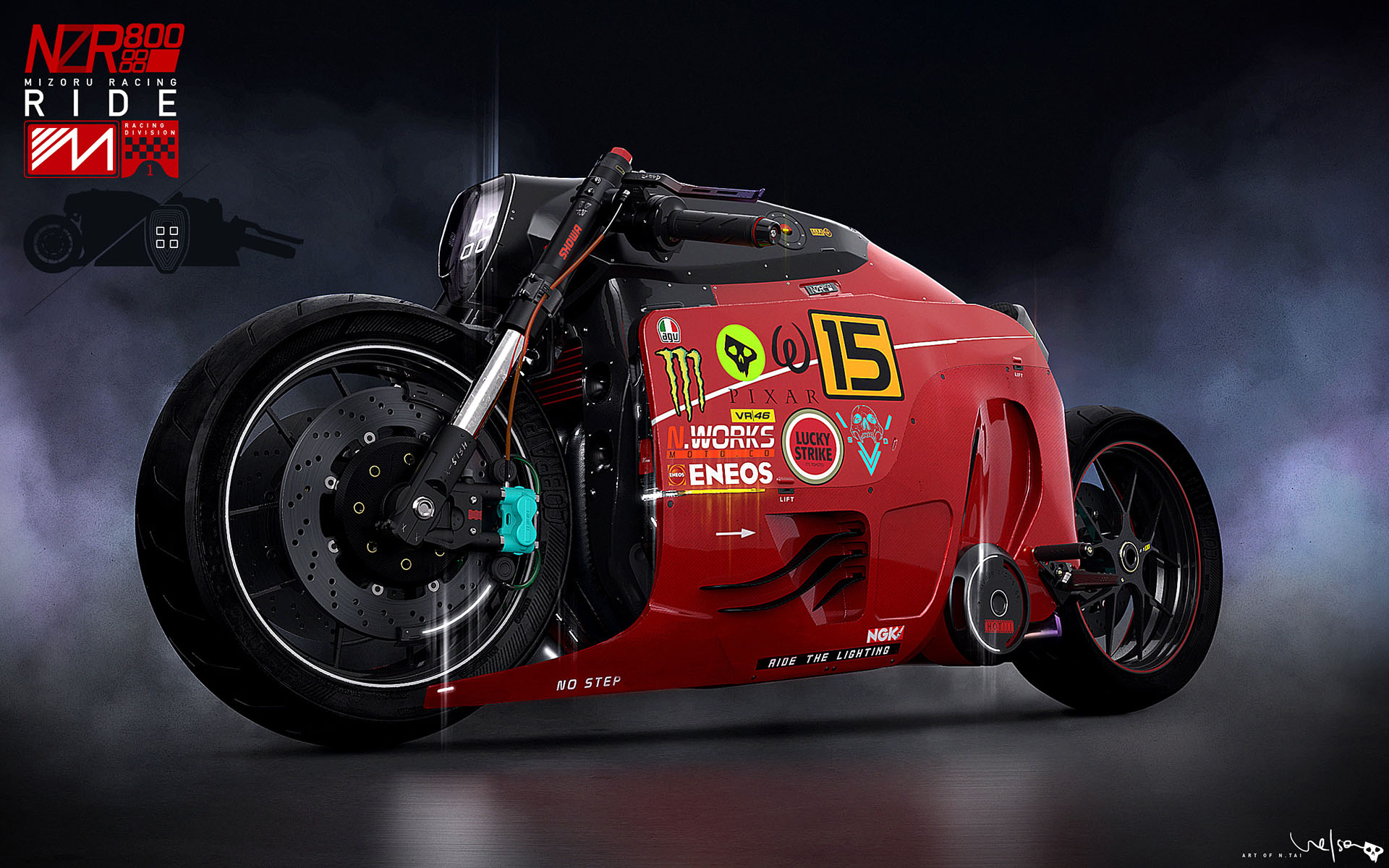 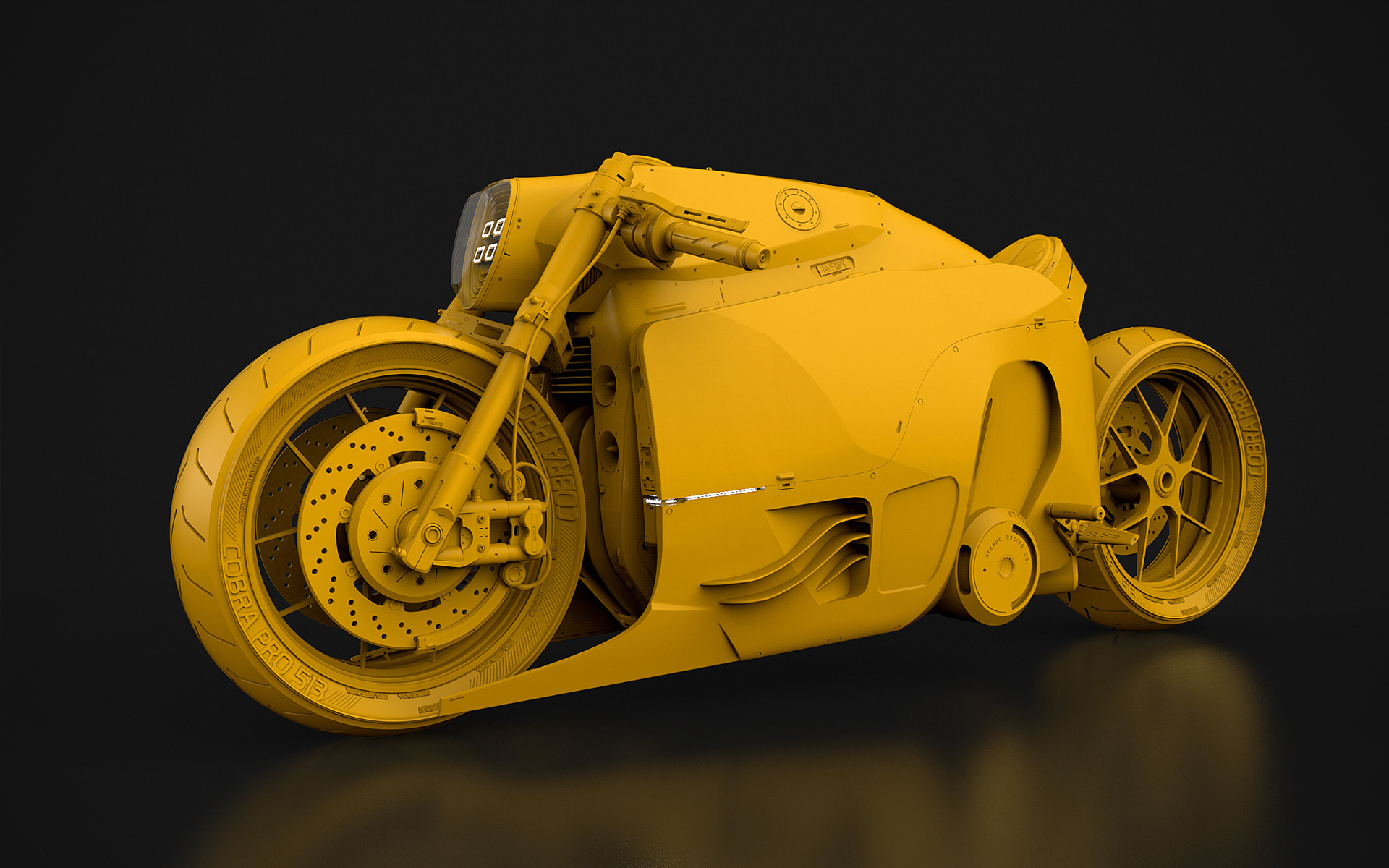 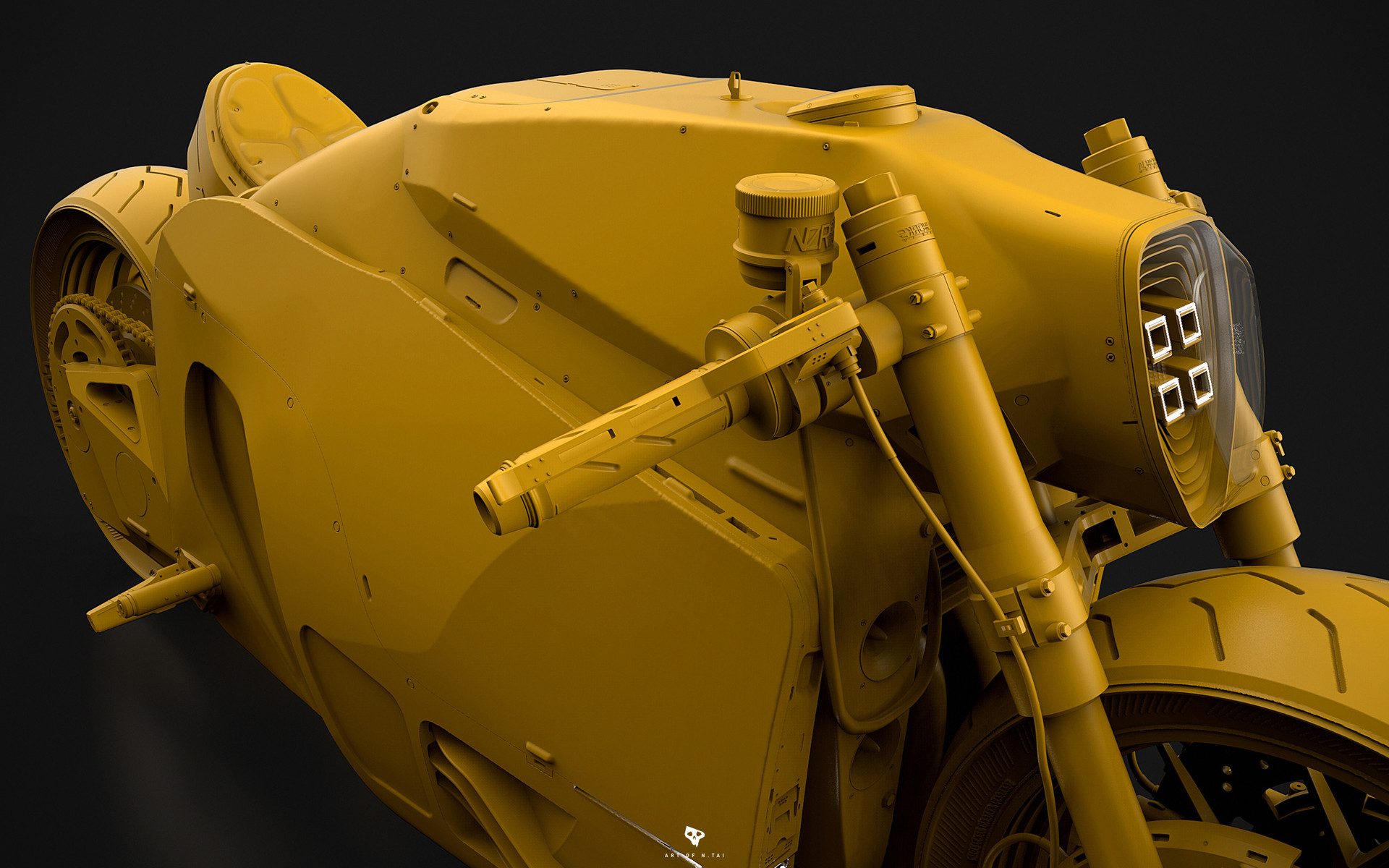 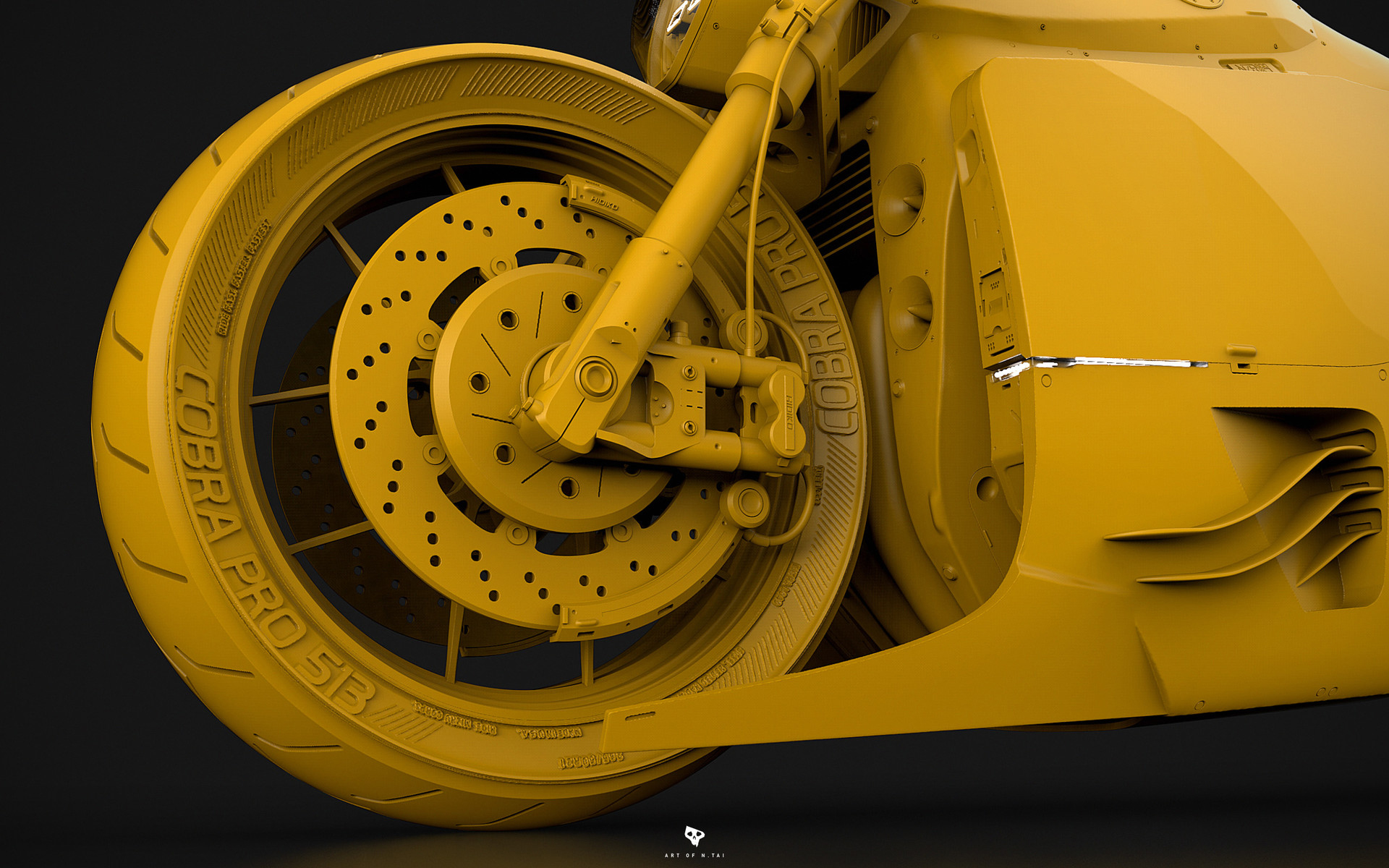 What is unique about your approach to a project?
I don’t think there’s anything particularly unique about my approach to a project. It’s just important to understand a project’s vision and design towards that vision while adding your own personal touch to it. In terms of workflow, it’s very similar to that of many Concept Artists/Designers: Zbrush > KeyShot > Photoshop. These days, I would add any other software to speed up the design process, but ZBrush is still the core of the 3D design. Working somewhat fast and having a decent library of assets is important to keep ideas flowing. The initial design blockout will often look hopeless, but I try to visualize the design a few steps ahead and stay focused to shape the blockout into something presentable.

What is your primary 3D modeling software?
ZBrush. The way it works just make sense to me. Without the need to care about topology or technical things like that, I can just enjoy designing anything. Most of the designers I look up to use it as their main tool as well, so I’m confident I chose the right software when I decided to learn 3D.

As an artist who started off with no knowledge of 3D and rendering, KeyShot really can’t get any easier in allowing me to get great results.”

Where in the process do you use KeyShot?
I use it to render all my concept images. I sometimes spend more time in KeyShot to get more refined render final results, but usually I just roughly assign materials, textures, and HDRI to render a base image for further paintover work in Photoshop. As an artist who started off with no knowledge of 3D and rendering, KeyShot really can’t get any easier in allowing me to get great results. My designs just instantly look more believable after simply dragging and dropping some materials around. I’m always bridging my ZBrush design over to KeyShot to check what areas require changes or more details. 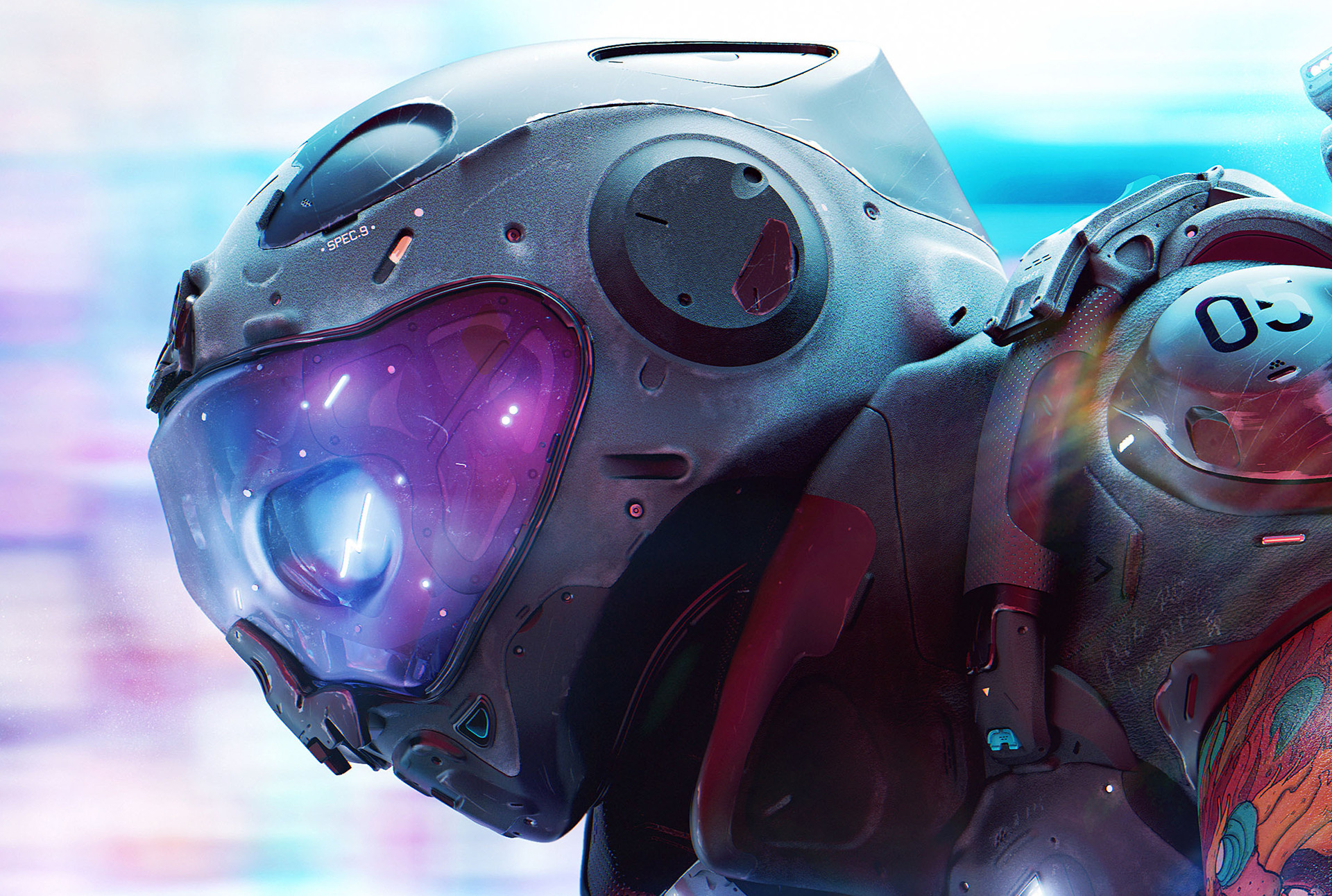 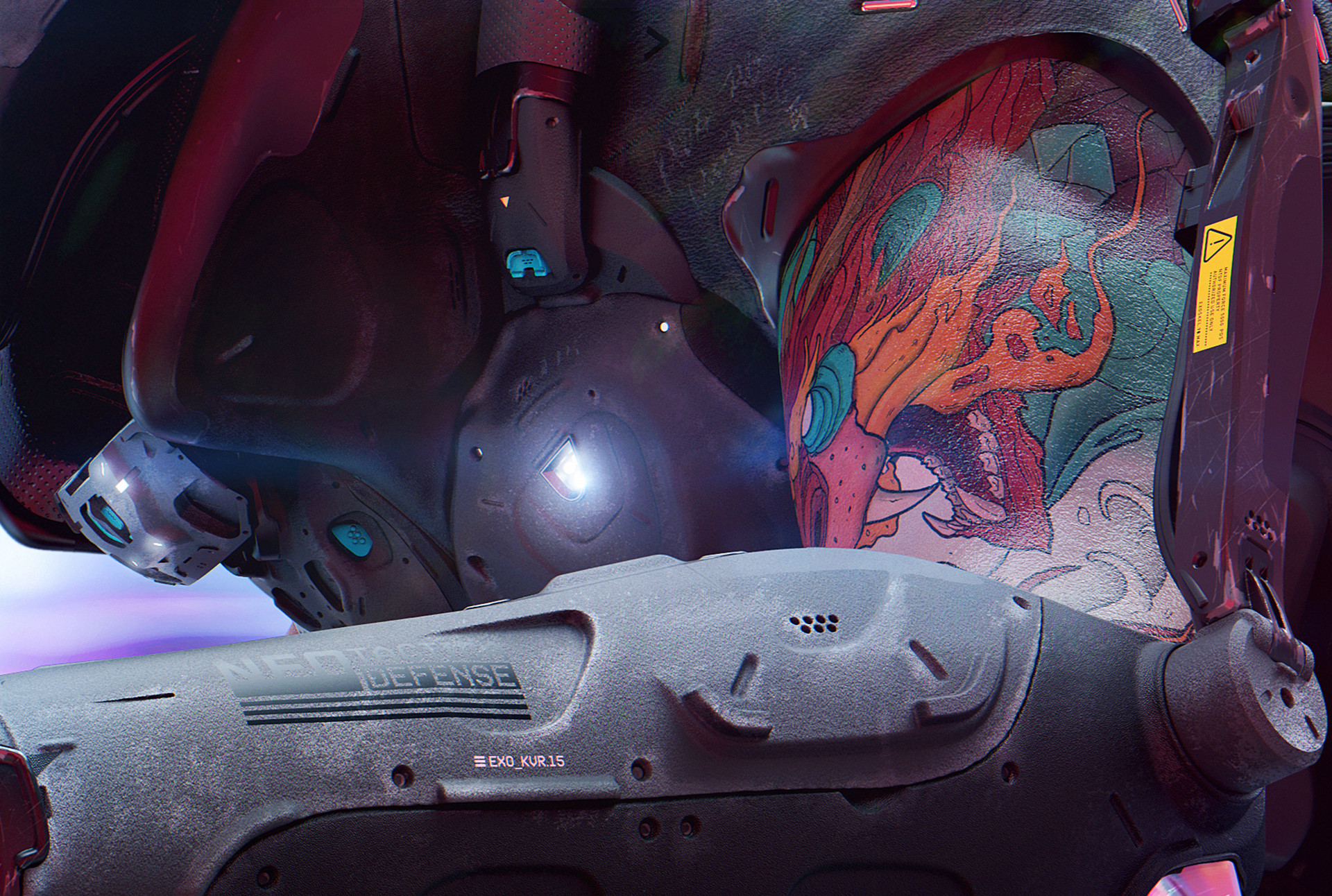 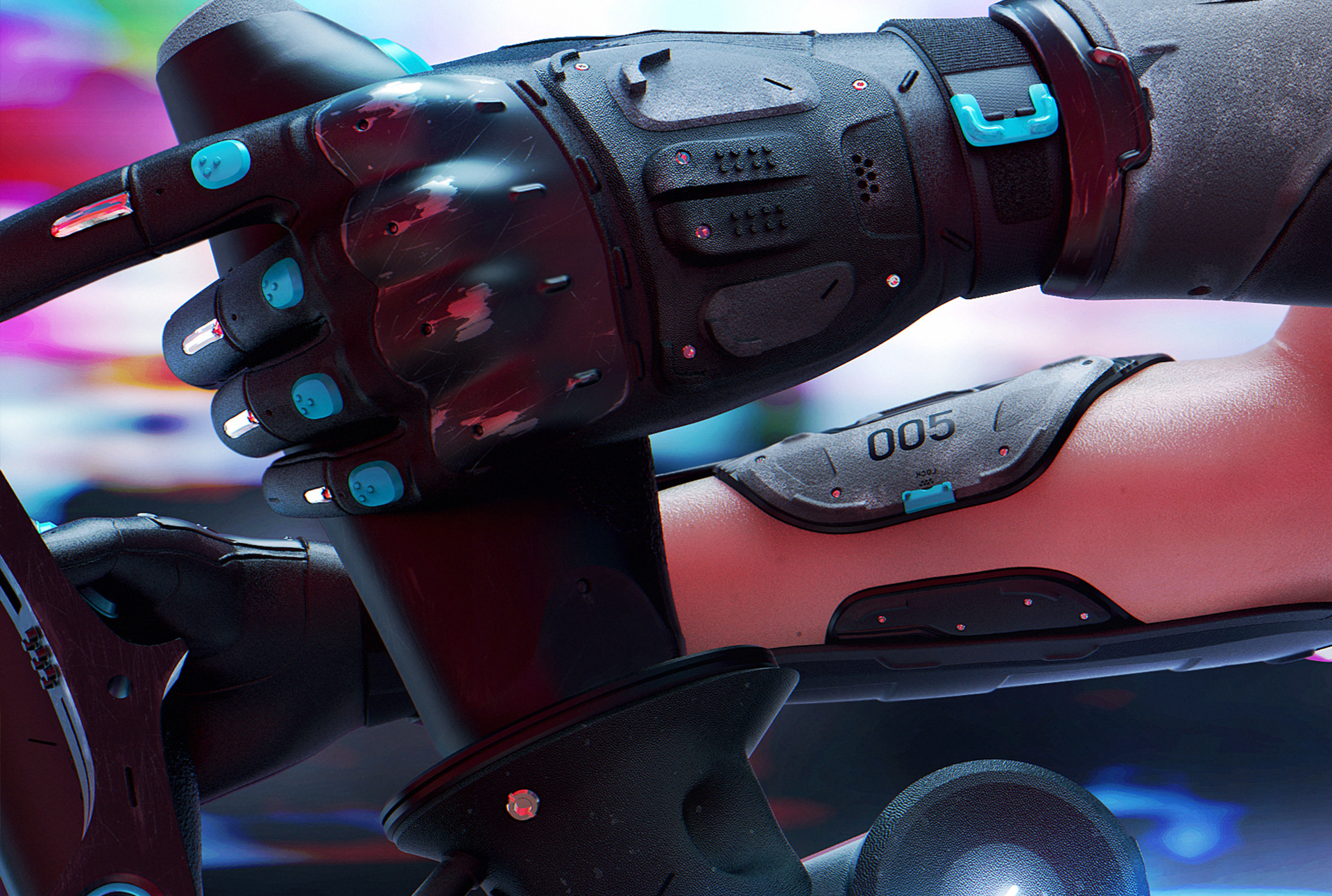 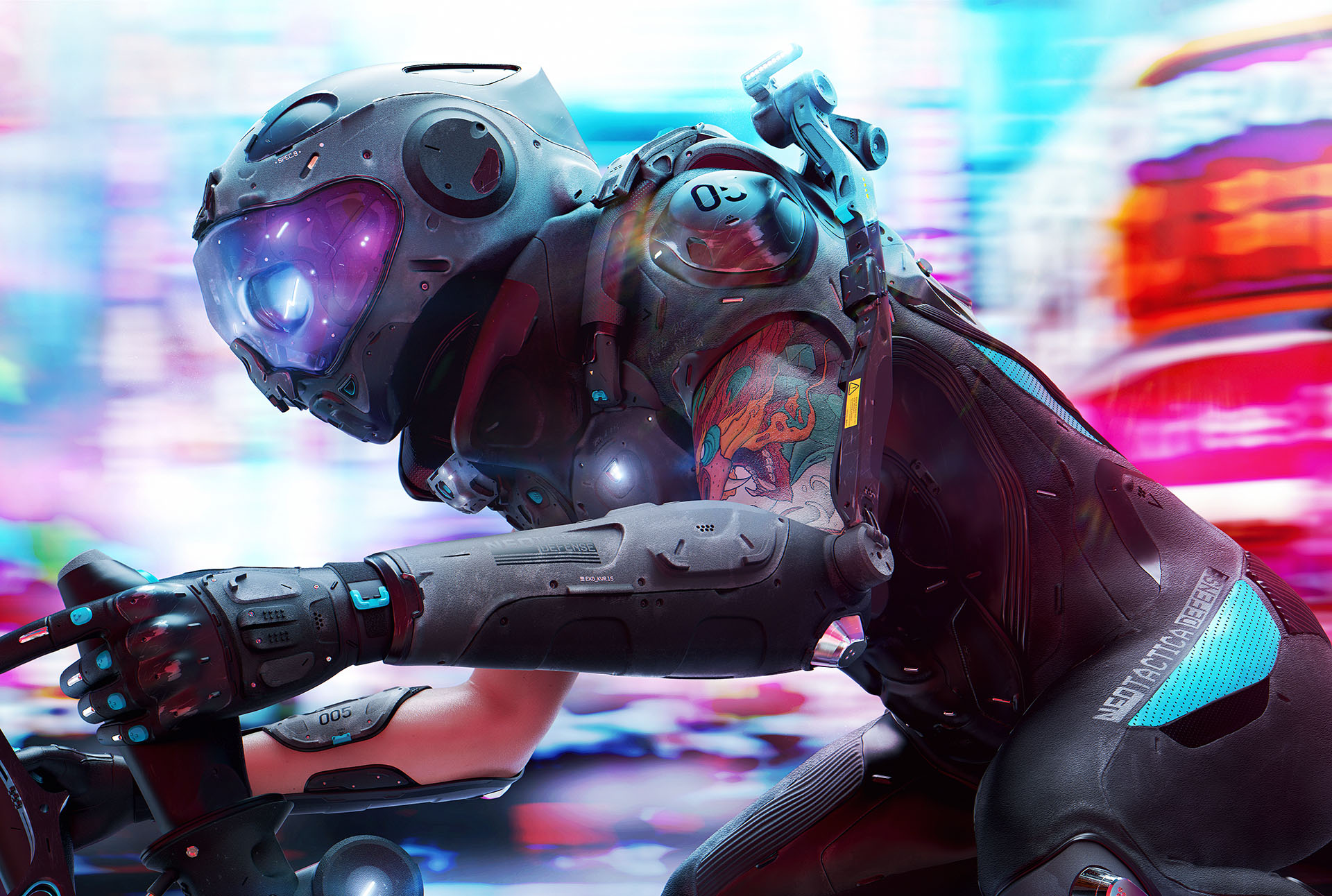 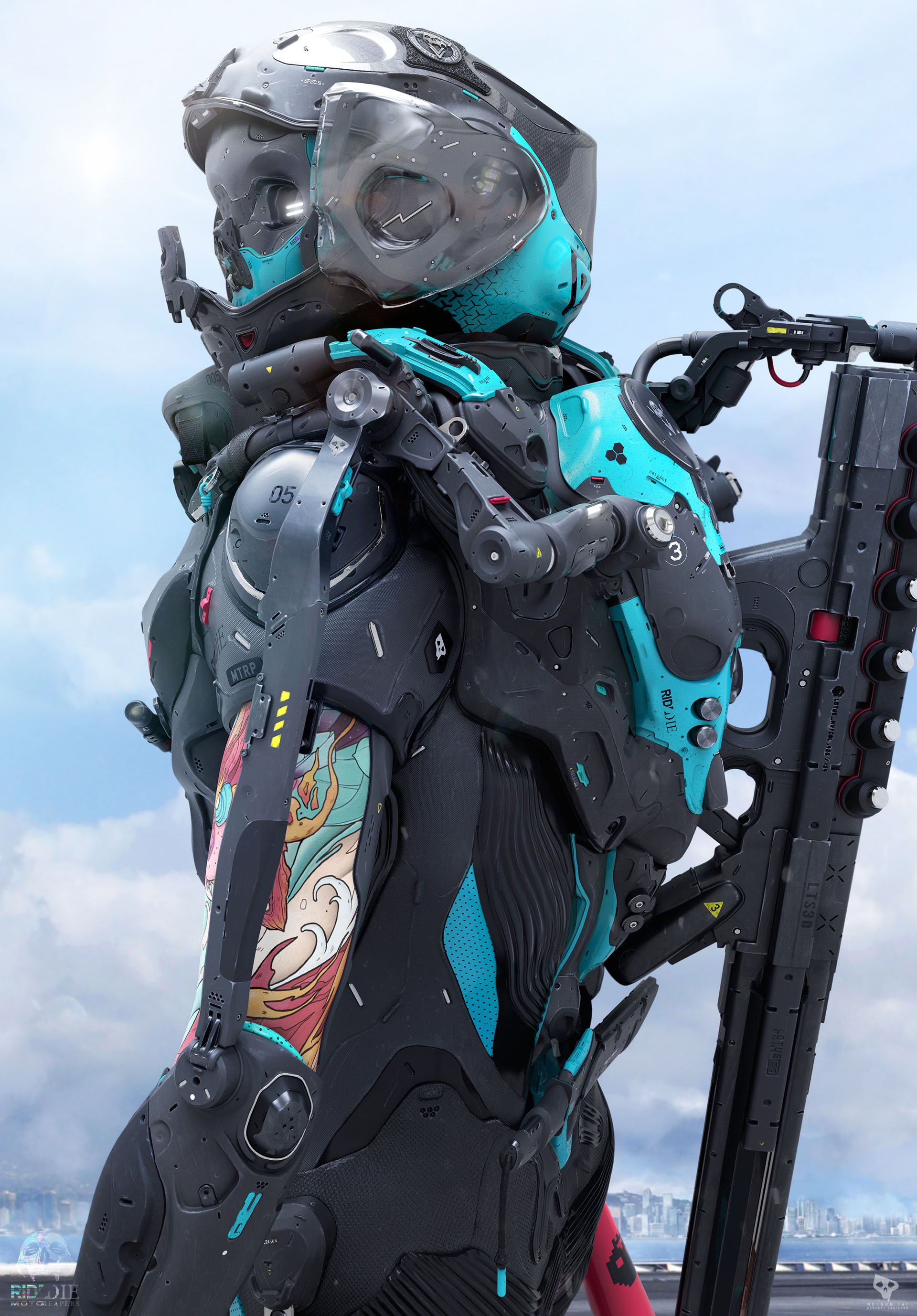 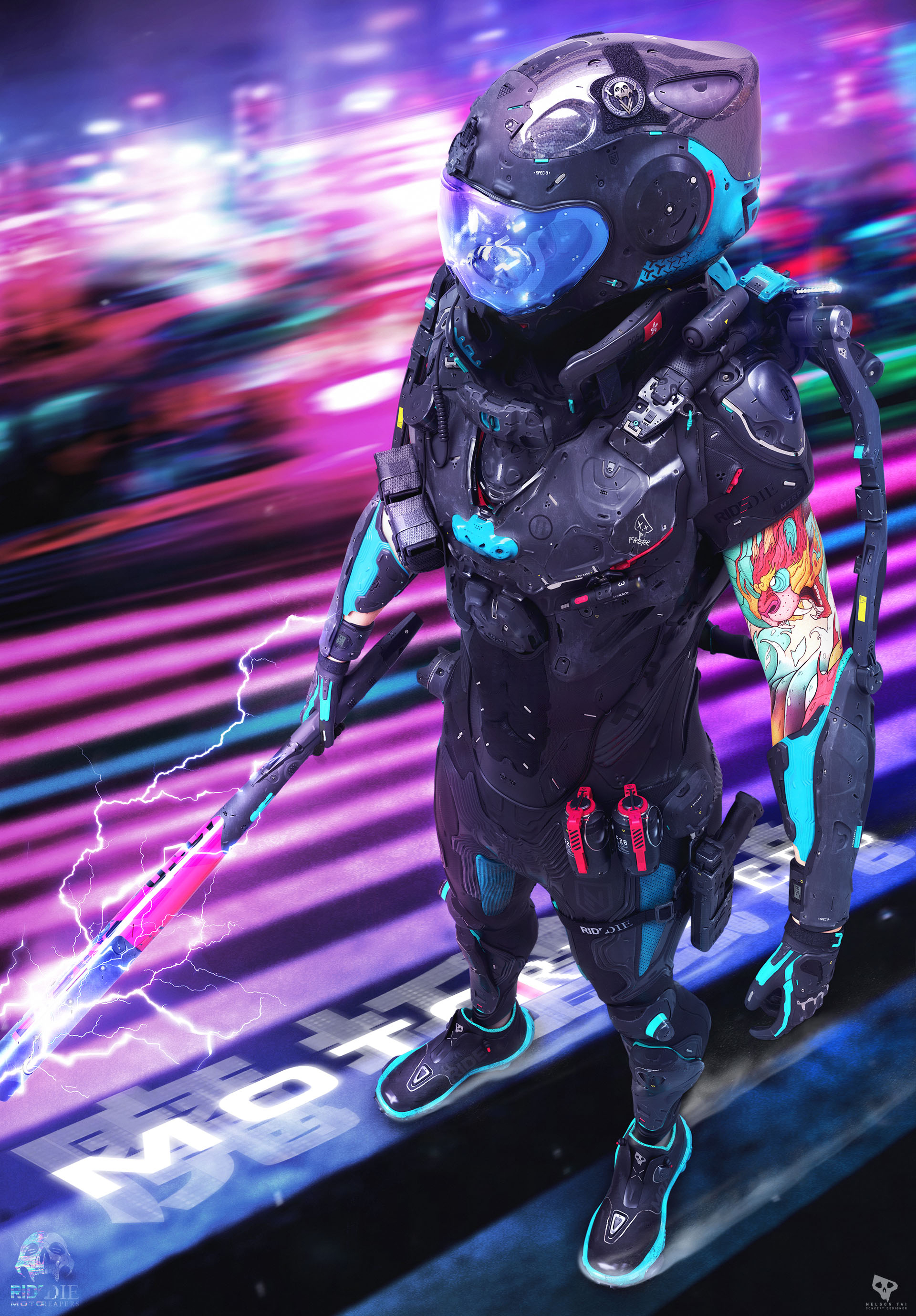 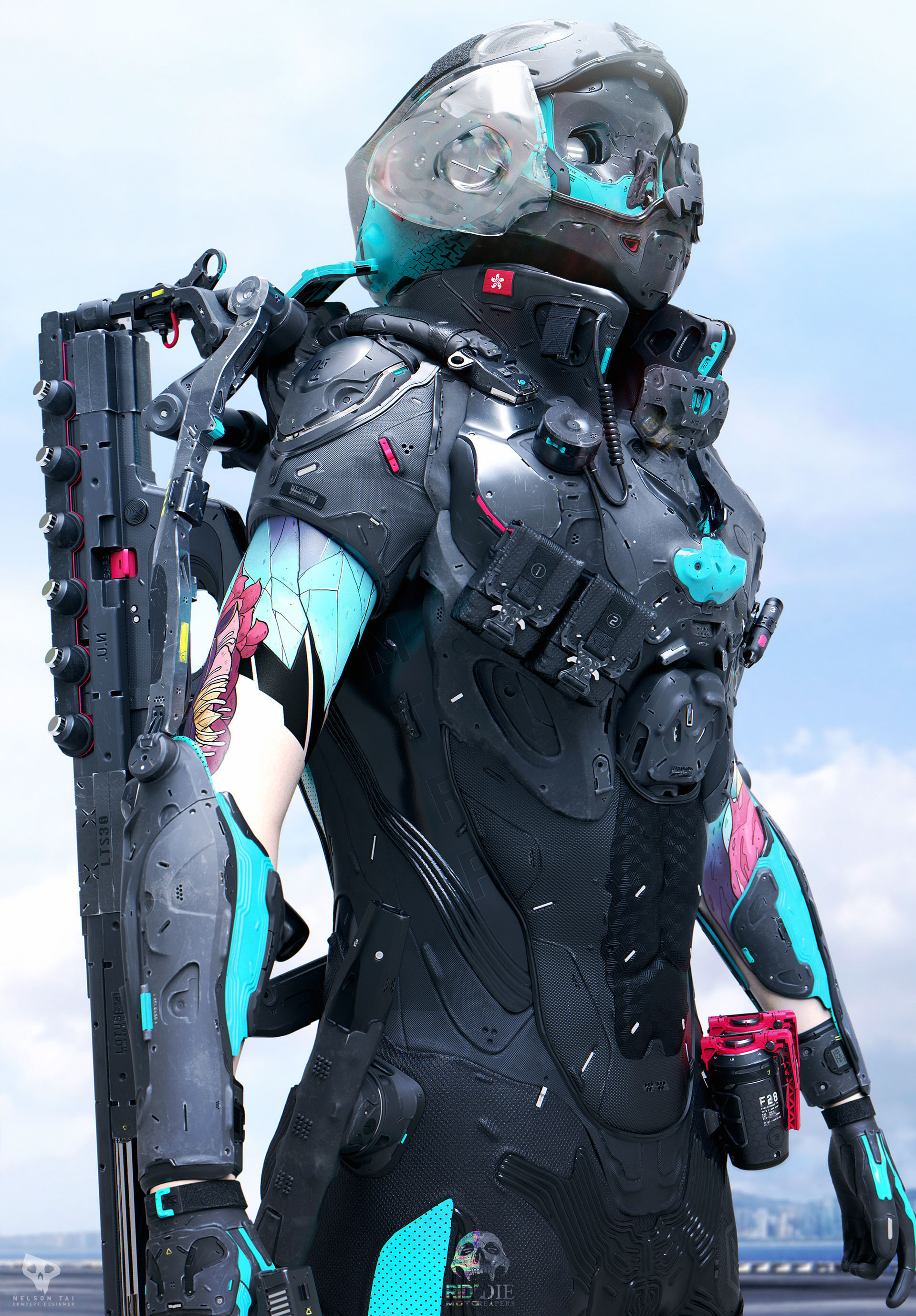 What makes KeyShot an important tool to have?
If you use ZBrush, then I would think KeyShot is basically a must if you want your work to look presentable and professional. It is fast and easy to get great and believable results. Most of the work is just as easy as dragging and dropping elements! The Material Graph and HDRI Editor are also very easy to use to get more refined results. KS keeps the whole process of assigning materials, lighting, and rendering fun and creative.

What advice would you give to someone interested in doing what you do?
There are so many free tutorials online that I don’t think that there is much reason to not try doing this if you are interested. Follow some tutorials and create your own personal projects out of the new skills you learn from it. Personal projects have also proved to be really important for my career as they have helped connect me to artists, companies, and opportunities that I would have never expected. Personal projects will take up a lot of time, but if you enjoy it, then you probably won’t mind sleeping a bit less. Enjoy what you do and things will work out. 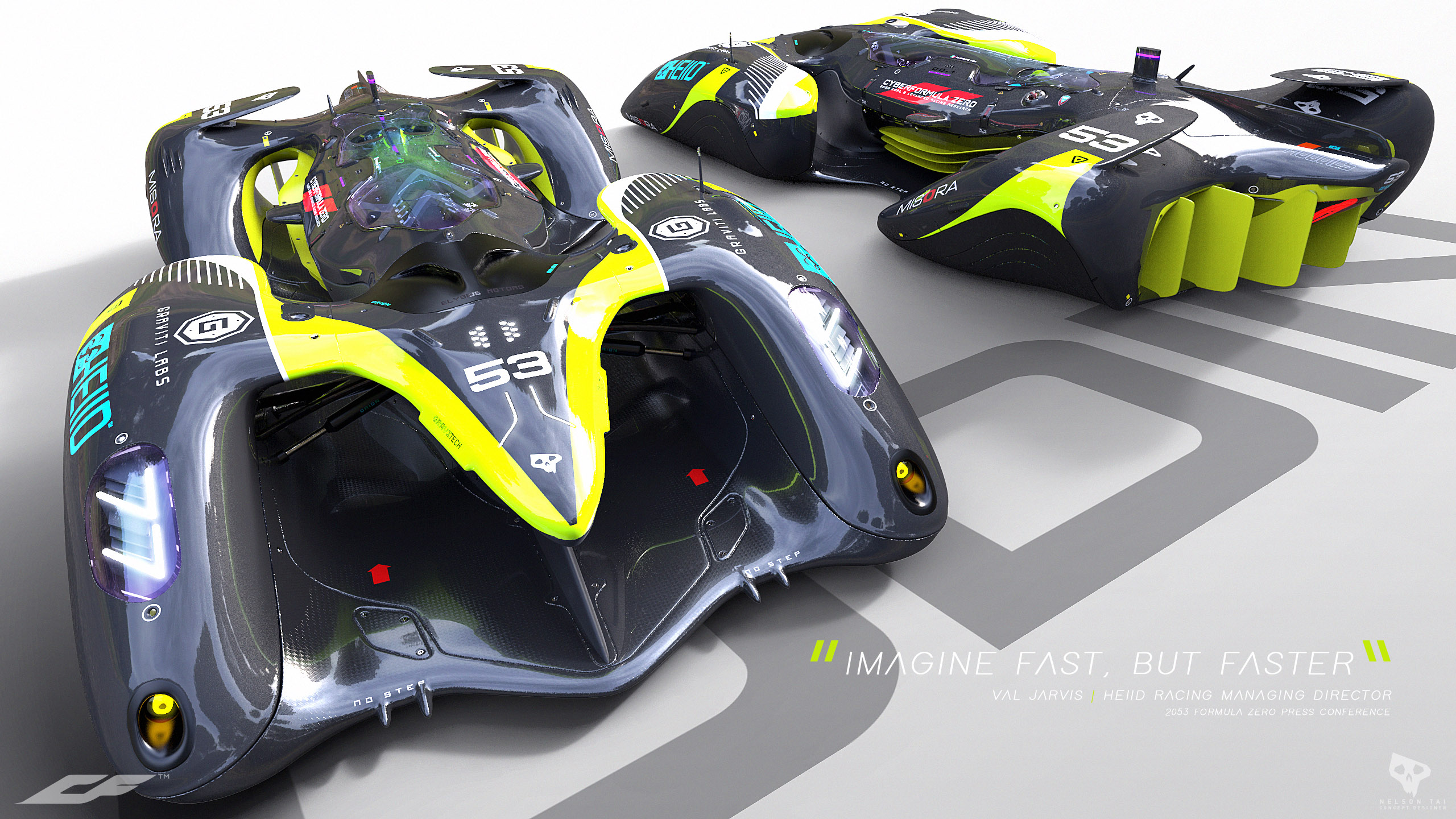 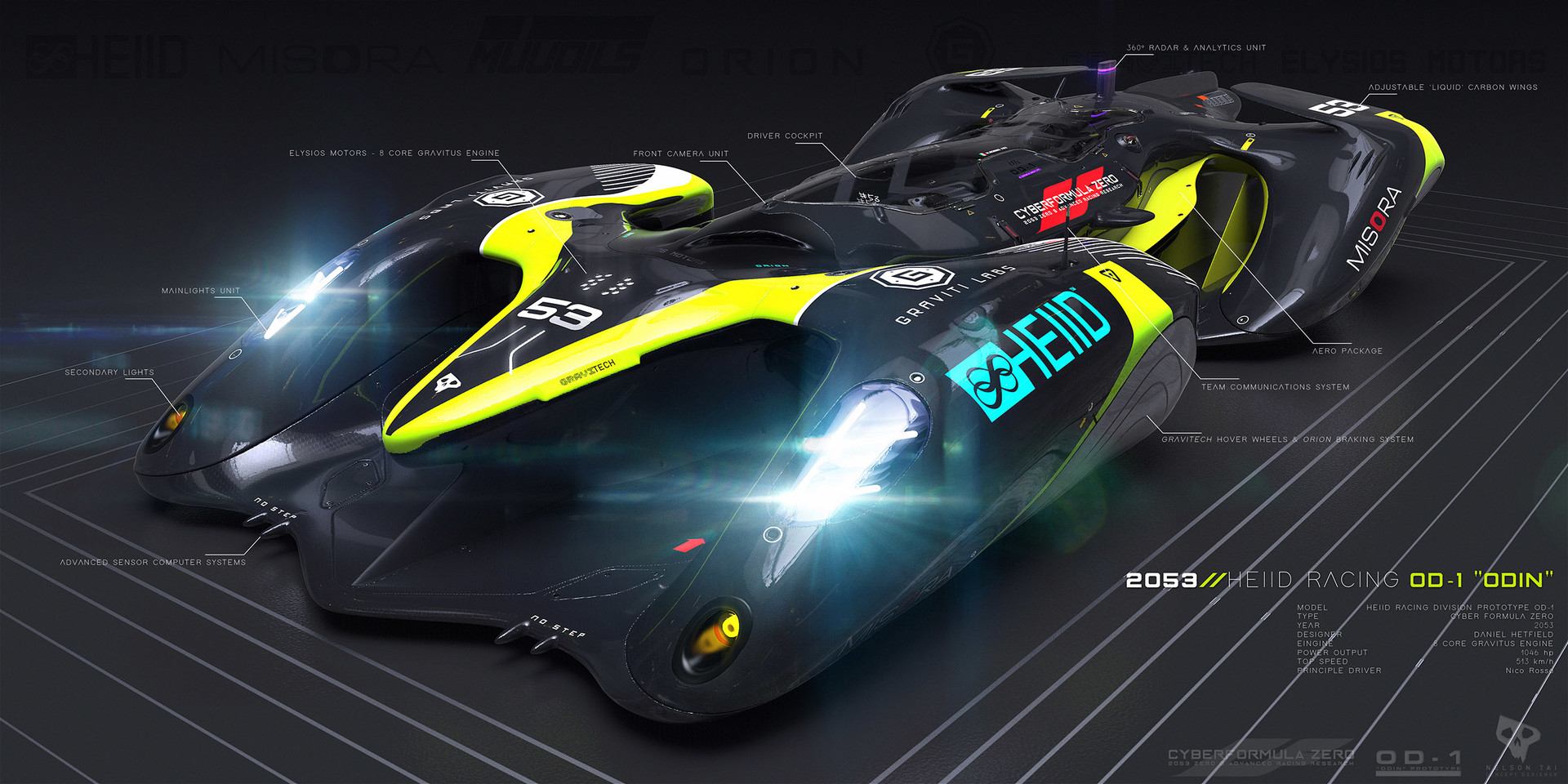 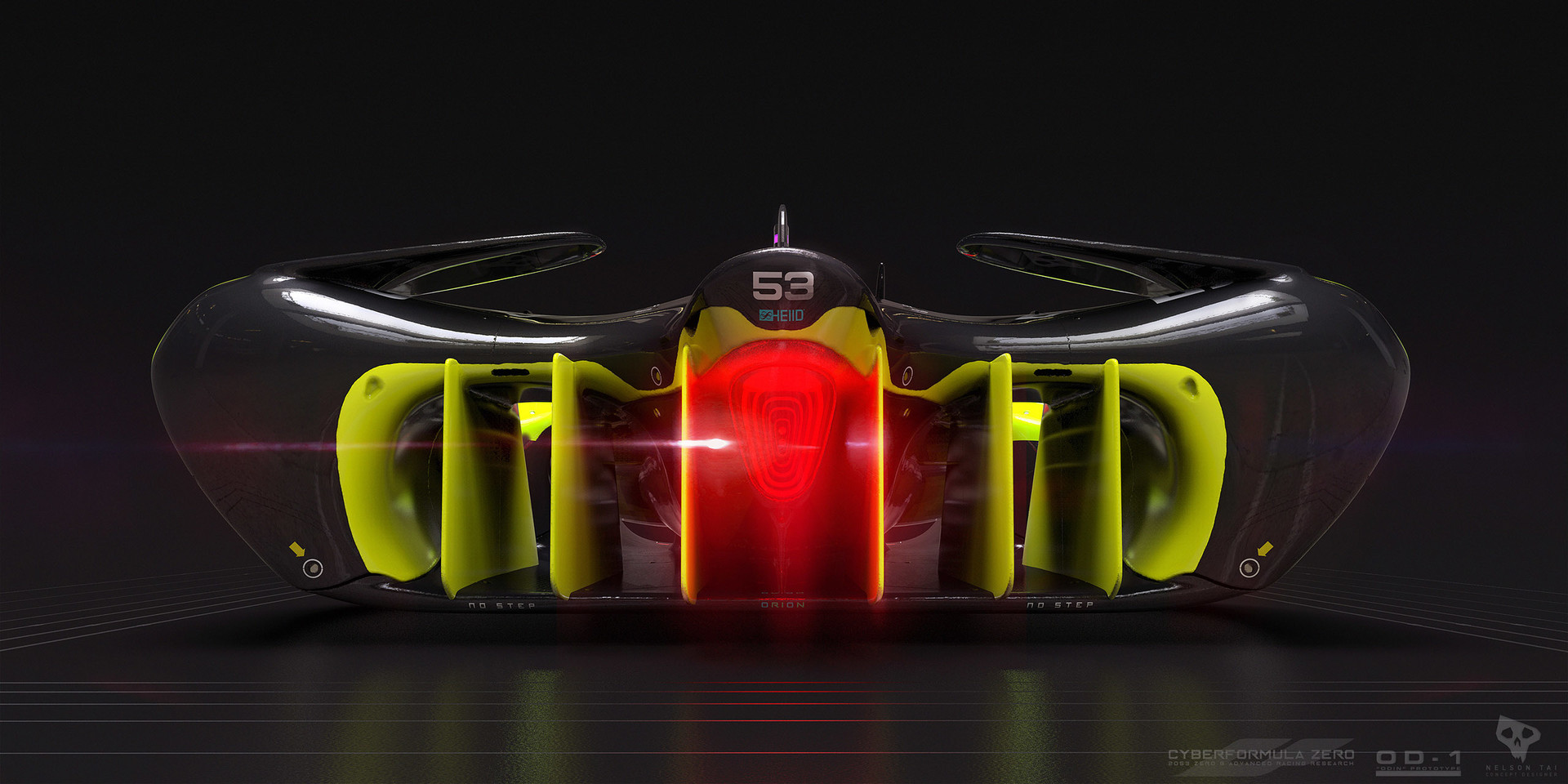 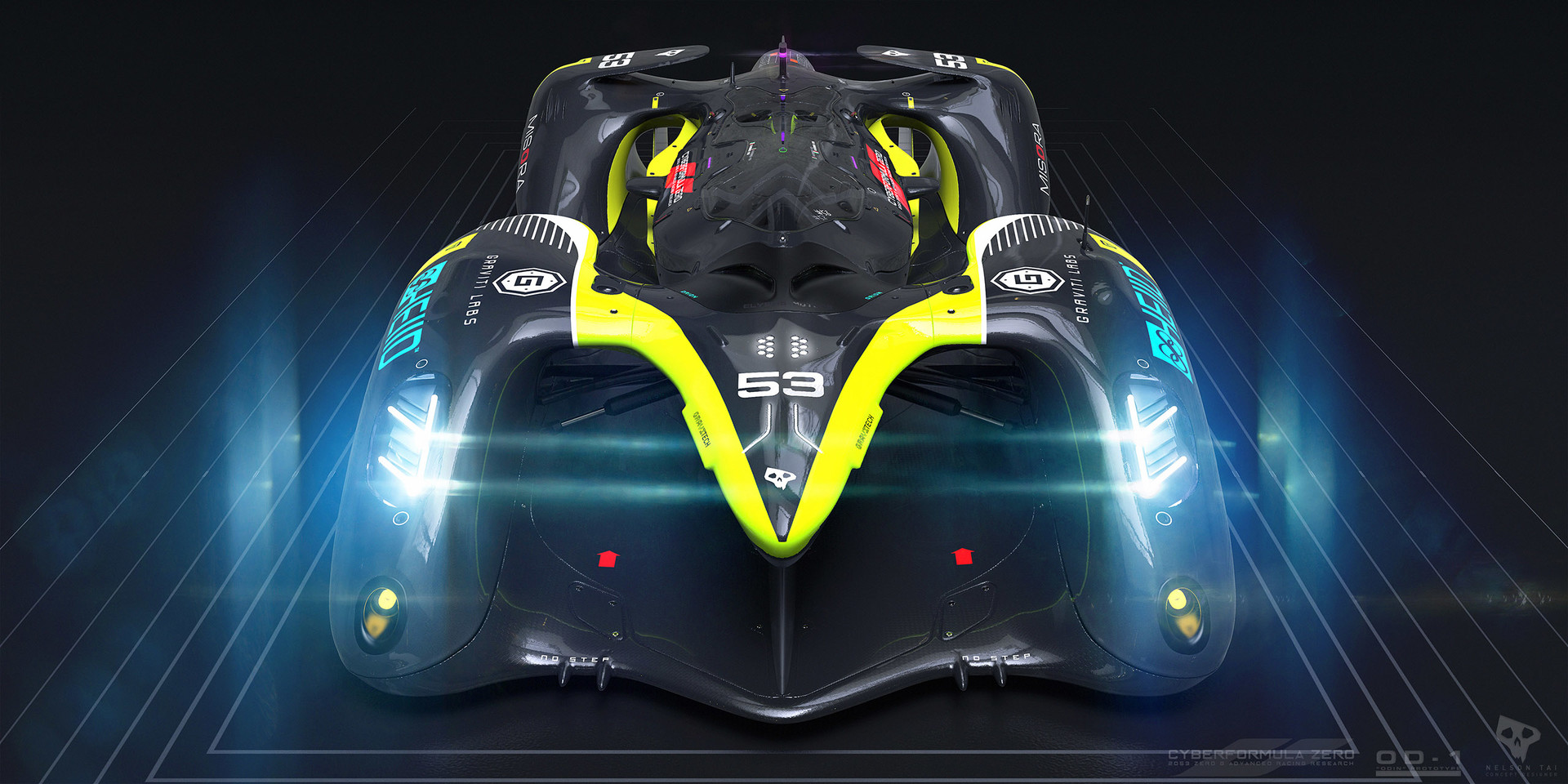 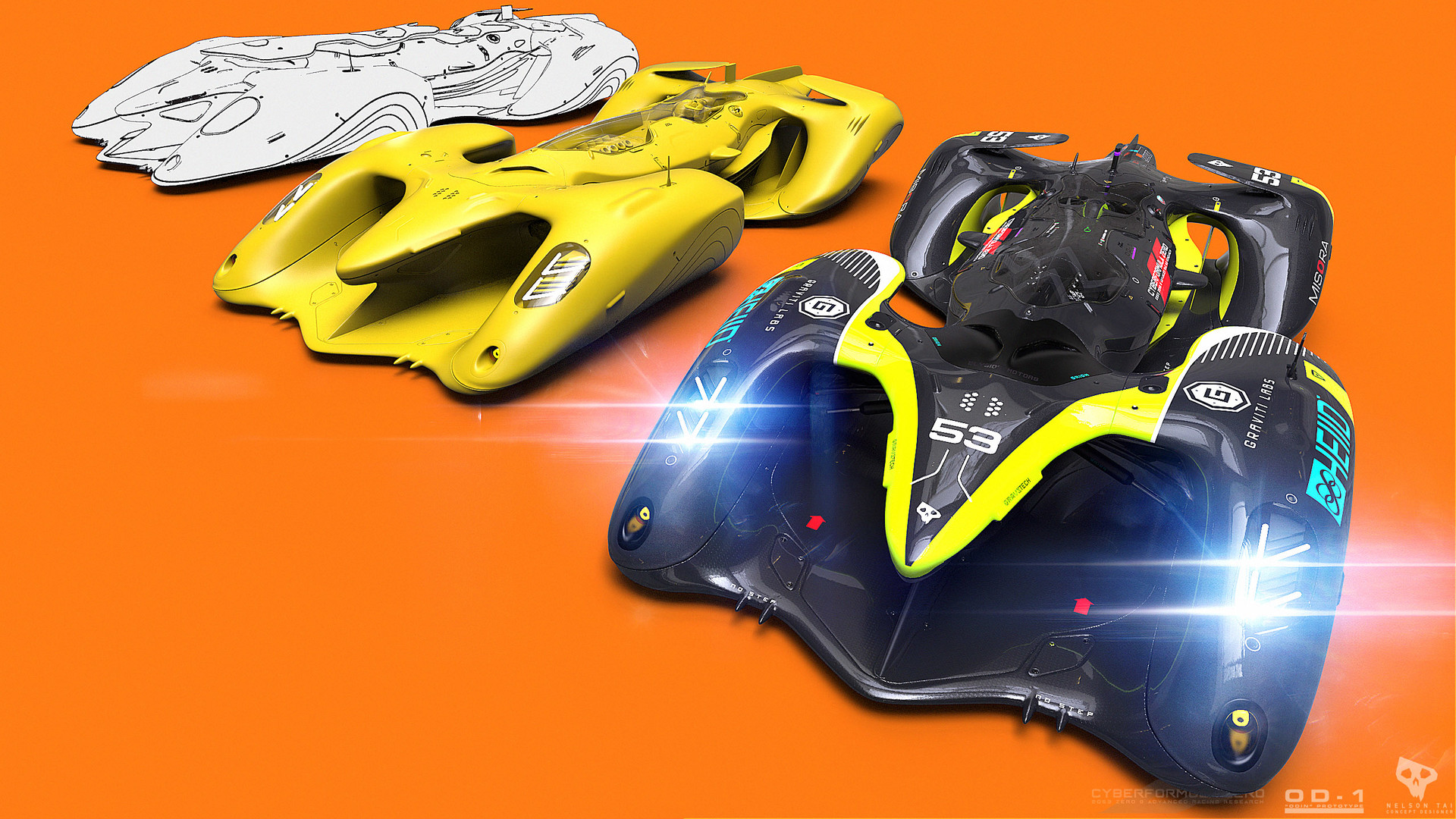