Good Monday specializes in high-end 3D product visuals, CGI and retouching for advertising and design industry. Founder and Senior CG Artist, Frederik Tennholt, understands lighting, composition, and material development in a way that makes him uniquely suited to solving a wide array of visualization challenges for his clients. We had the opportunity to hear from Frederik about how he started, the process behind his visuals, and how KeyShot has helped in his collaboration with clients. 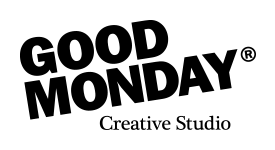 What was your journey from photography to 3D? 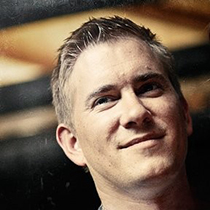 After finishing school, I started to work as a camera salesman in a big photo store in Stockholm. This was at the end of the 90’s, so shooting 35mm film was still normal, but consumer digital cameras were getting more popular. This caught my interest and I often borrowed different cameras from work to test them out over the weekends. When playing with digital cameras, I needed to learn image editing. So, I started to learn Photoshop in the evenings, reading books and playing with all the available filters. Soon, I was helping our customers with simple retouching, and two years later, I landed my first job as a full-time retoucher in a professional photo print studio.

I worked there a couple of years and, while working more with professional clients, my interest in advertisement retouching grew. I guess I was lucky, but one day I found a job advert in a paper (before iPhones) for a position at one of the most prestigious retouching studios in Sweden at that time. Two months later, I started working there and I had the opportunity to learn from some of the best retouchers around. I was doing a lot of automotive retouching–mostly for SAAB, which was one of their biggest clients when they still existed.

A few years later, I moved on to another big photo production studio, still as a retoucher. It was there, around 2007, when one of our clients asked if we could help with CGI. Neither my boss nor I knew much about it at the time, but he wanted us to look into it and see if it was something we could learn. So, we contacted a 3D software reseller who recommended Cinema 4D. At that time I had become hungry to learn something new and, in a short matter of time, I was completely hooked. I ordered books about Cinema 4D, books about CG lighting techniques, and read them from beginning to end. I would sit on the bus on my way to work and read about sculpting in ZBrush or read a printed version of a render manual. I was slowly becoming a 3D nerd and today I am very happy about that.

Today I run my own super-mini production studio, Good Monday, where I combine retouch work for photographers and lots of CGI work for different design and advertising agencies. 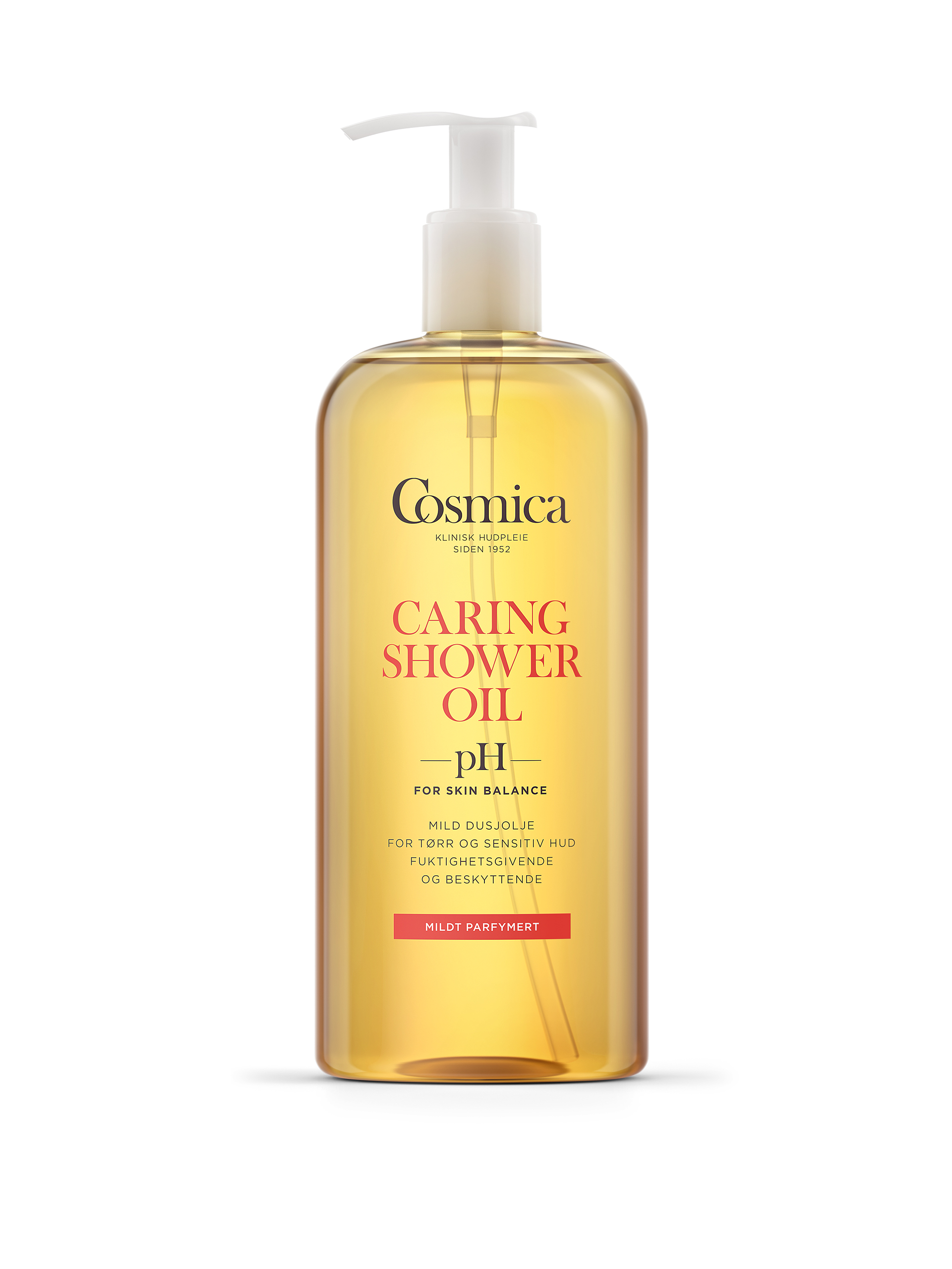 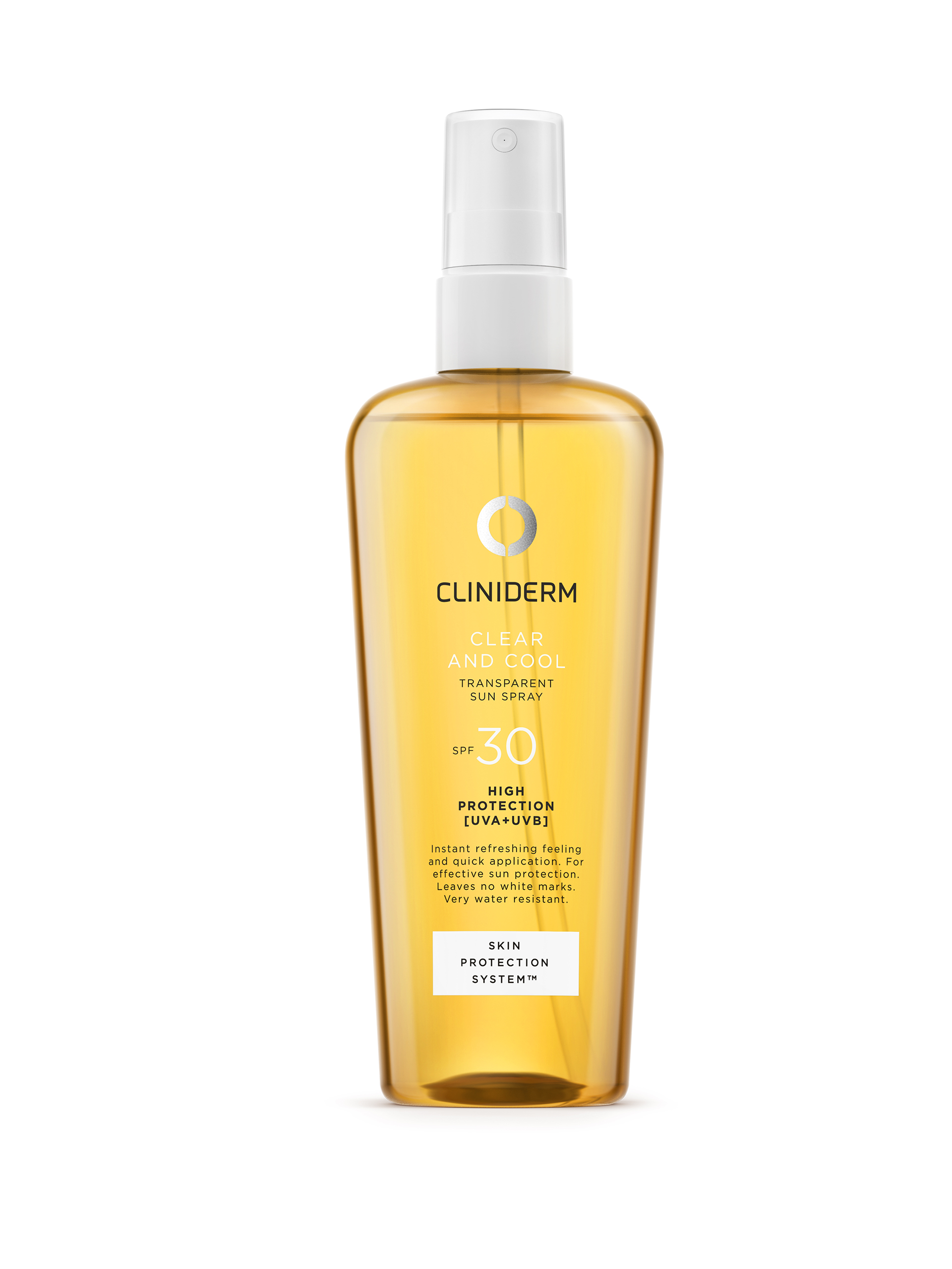 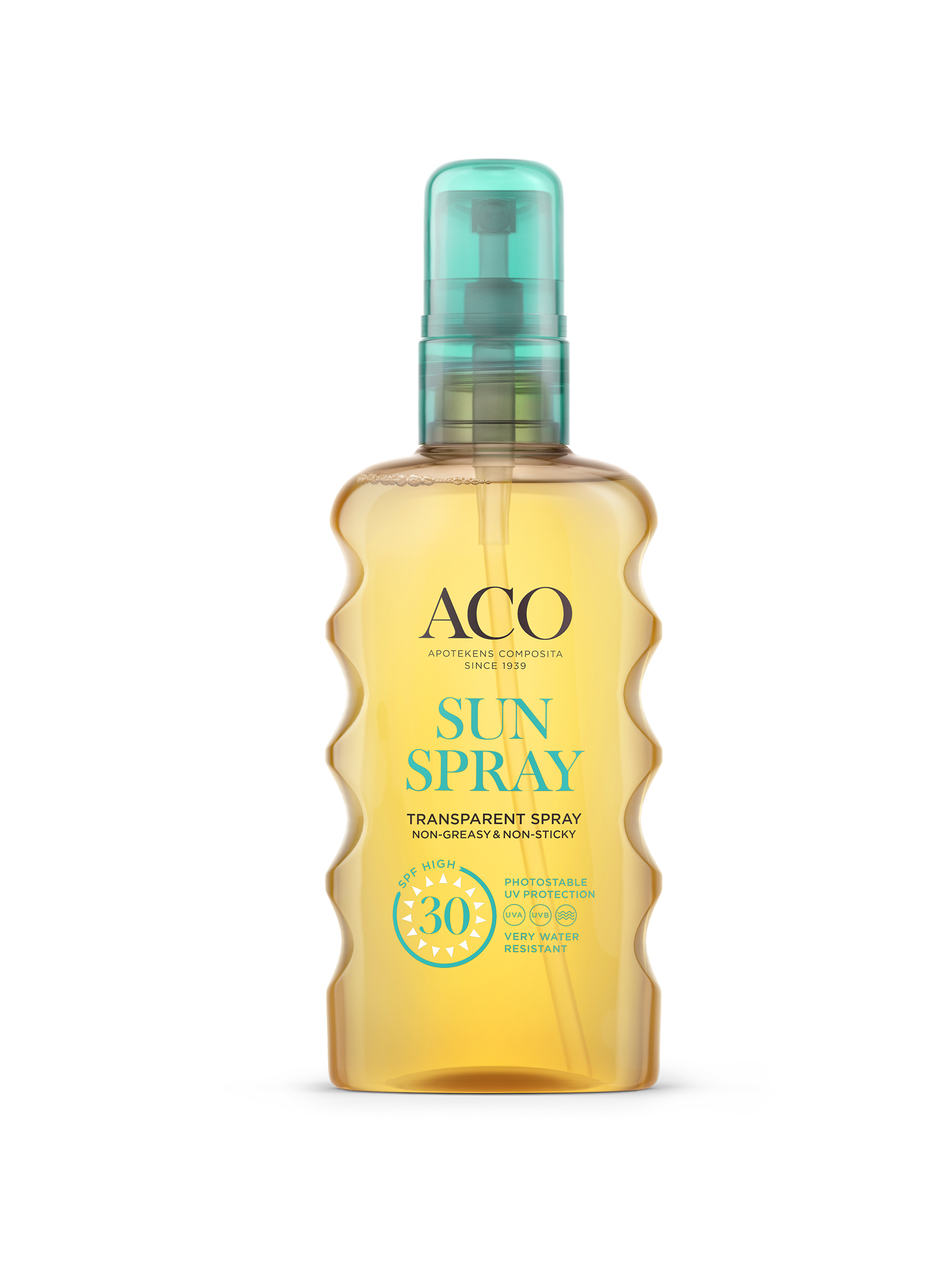 What software do you use in your pipeline?
I have used Cinema 4D every day since August 2007, so consider it to be my main 3D package. It has everything I need and so much more. I also started to learn sculpting in ZBrush quite early, not to create monsters and such, but to offer our clients more creative images. Today I often use ZBrush for details in packaging or for other soft organic modeling. For example, when creating hand straps for my client FLIR or when creating soft bags for ZOEGA’s coffee.

I used Maxwell Renderer for photo-realism a lot when I first started. But soon switched to Vray. For a long time, this was used for most of our projects, together with Cinema 4D’s built-in Advanced Renderer. But now I use Cinema 4D, Corona, and KeyShot for almost all my renders. They each suit different needs and it’s very clear to me when to use each.

I do most of my retouching work on my Mac (just because I’m used to it) but bought a 56-core Windows PC for 3D modeling and rendering last year. This workstation out-performs my Mac by leaps and bounds. When having so much CPU power, it makes perfect sense to work with a renderer like KeyShot that can utilize all of that power. 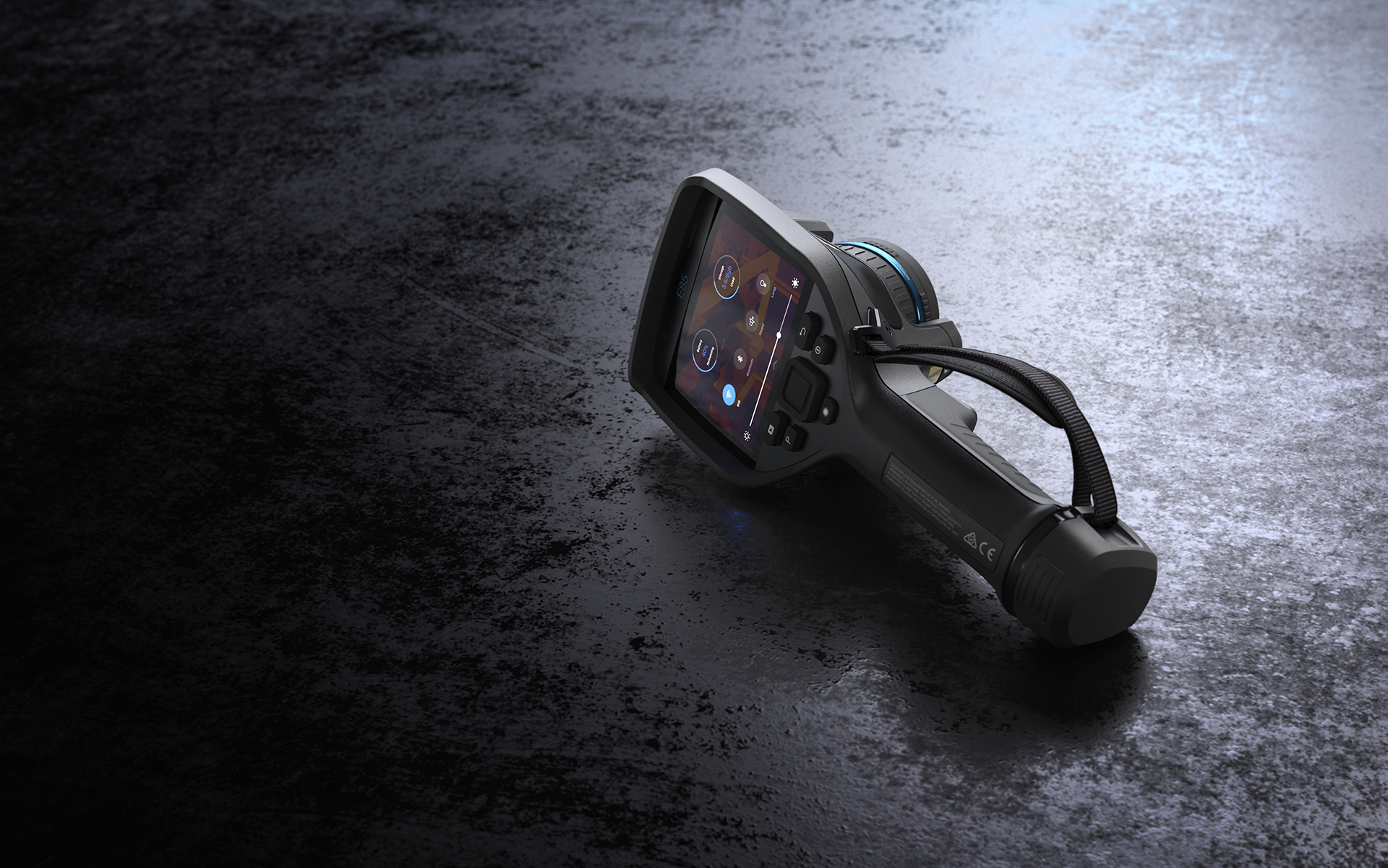 Where in your process is KeyShot used?

KeyShot’s Cinema 4D plugin works as a bridge between the two, so I can work on my model in Cinema 4D and just hit a button to have my complete scene sent to KeyShot for instant lighting and rendering.”

I use KeyShot extensively — and almost exclusively — for all kinds of product visuals or for “still life” images. KeyShot’s Cinema 4D plugin works as a bridge between the two, so I can work on my model in Cinema 4D and just hit a button to have my complete scene sent to KeyShot for instant lighting and rendering.

Setting up a render without all the modeling tools makes the KeyShot viewport very easy to use. My model is always loaded, centered in the viewport, so I can immediately start setting up interesting camera angles, creating my lighting setup, and building out materials.

Since I’ve worked so long with photographers in studios, I often try to mimic how the photographers create their sets. I can do this very easy using the HDRI Editor in KeyShot Pro.

What are some of the projects KeyShot has been used on?
A couple of years ago a client of mine, a packshot studio, asked me to teach them Cinema 4D for creating in-house 3D packshots. I knew this would be very technical and that we would only have time to scratch the surface in our workshops, so it would take a while before they were actually producing any images.

It really takes time and devotion to fully learn to use any 3D package. But I had just started to use KeyShot for some of my own projects and was really impressed at how simple it was. I immediately thought, “Anyone can do this.” There was my solution. I would teach this client lighting and rendering in KeyShot and help them build the models in Cinema 4D. They were studio photographers, so it felt very natural for them to explore different camera angles and use the HDRI Editor to create their own lighting. It was a complete success. After three years, they now create their own 3D models in Cinema 4D and we still work together.

Another great collaboration is my work with the Swedish company FLIR. FLIR designs, develops, and manufactures IR cameras and equipment for thermal imaging; Equipment used by governments, police, military defense, and other industrial and commercial markets. My work for them involves work in the final stages of a design and creation of final marketing visuals for their infrared camera and more. 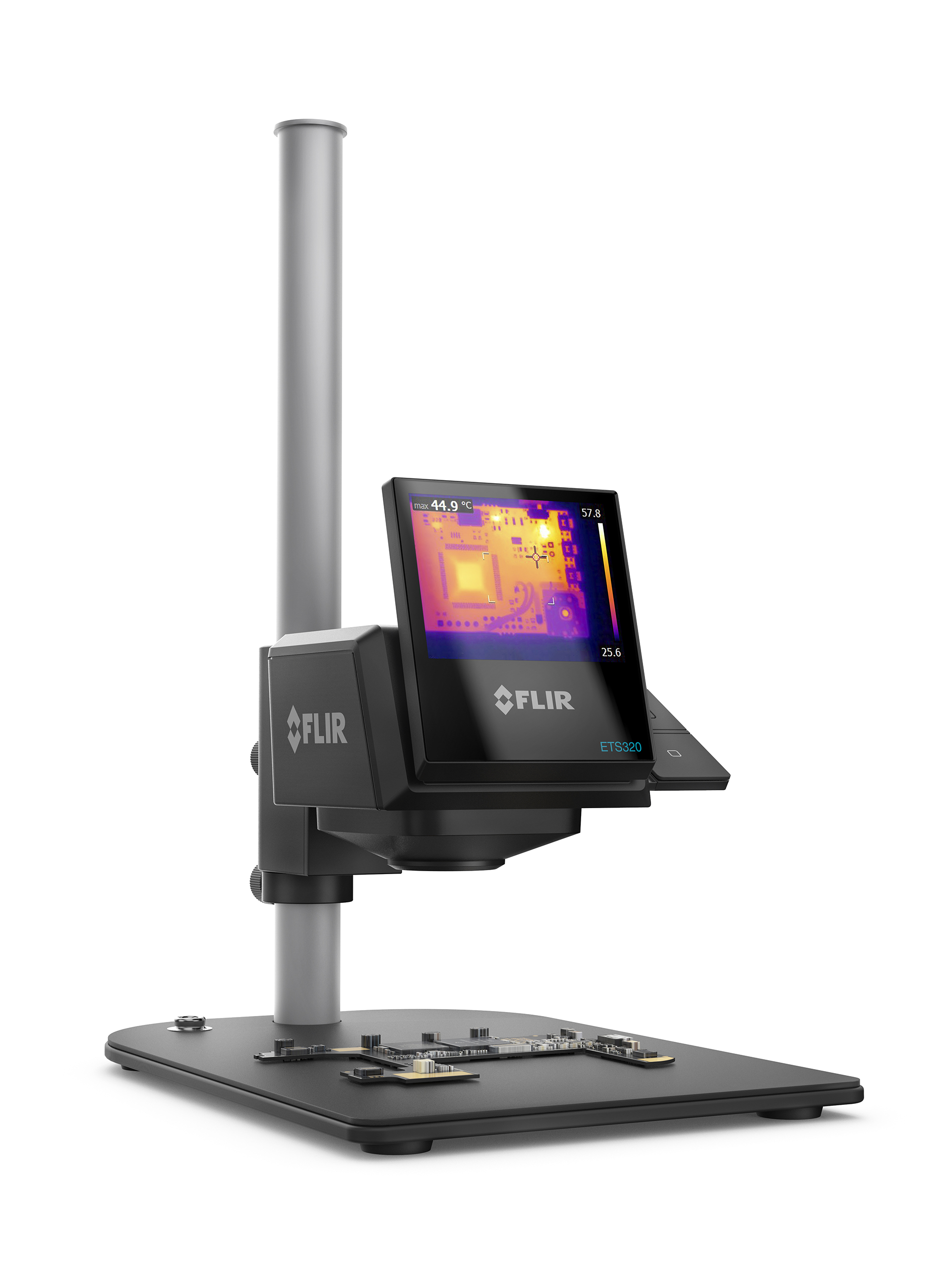 How did KeyShot aid in the collaboration with FLIR?
Anton Hoffman, Industrial Design Lead at FLIR Systems here in Sweden, explains best how and WHY they work together so well. 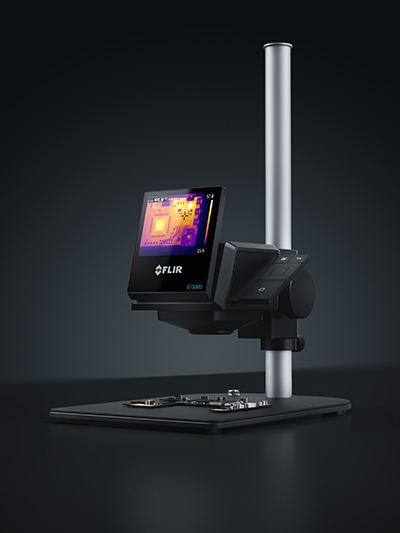 “Internally, we have KeyShot in two separate departments – in Marketing and with us in the R&D’s Design Department. In Design, we use KeyShot as a natural part of the sketch process where, along with physical prototypes and hand sketches, we run everything from early CAD models through KeyShot to discuss internally, test ideas, and create images quickly for further ideation with sketches and Photoshop. These images, in turn, provide the foundation to start sketching the digital solutions, such as GUI, as a way to work cohesively — with all parts of the product — to create a complete and intuitive product experience.”

“When we get a little further in the process, we quickly test colors, materials, and graphics before we make critical evaluations of physical prototypes. These are used for internal communication and for user surveys, as a way to communicate our ideas better. It has streamlined our process, saving both time and cost.”

“Good Monday and Marketing come into the picture when we approach the finished product. Because we all run KeyShot, it’s easier for us in the Design Department to communicate the product’s intentions, materials, graphics and colors to Good Monday. Together, a style develops that helps present the products well and work together as a portfolio, even among the product cycles that distinguish the design throughout the years. With the many idea sketches shared back and forth before production starts, KeyShot plays a key role in conveying thought/intention while reducing production time.”

“With this early collaboration, the Marketing Department can use the same files created to generate animations or other marketing-related materials they may need in the future to use alongside video of the actual product.” 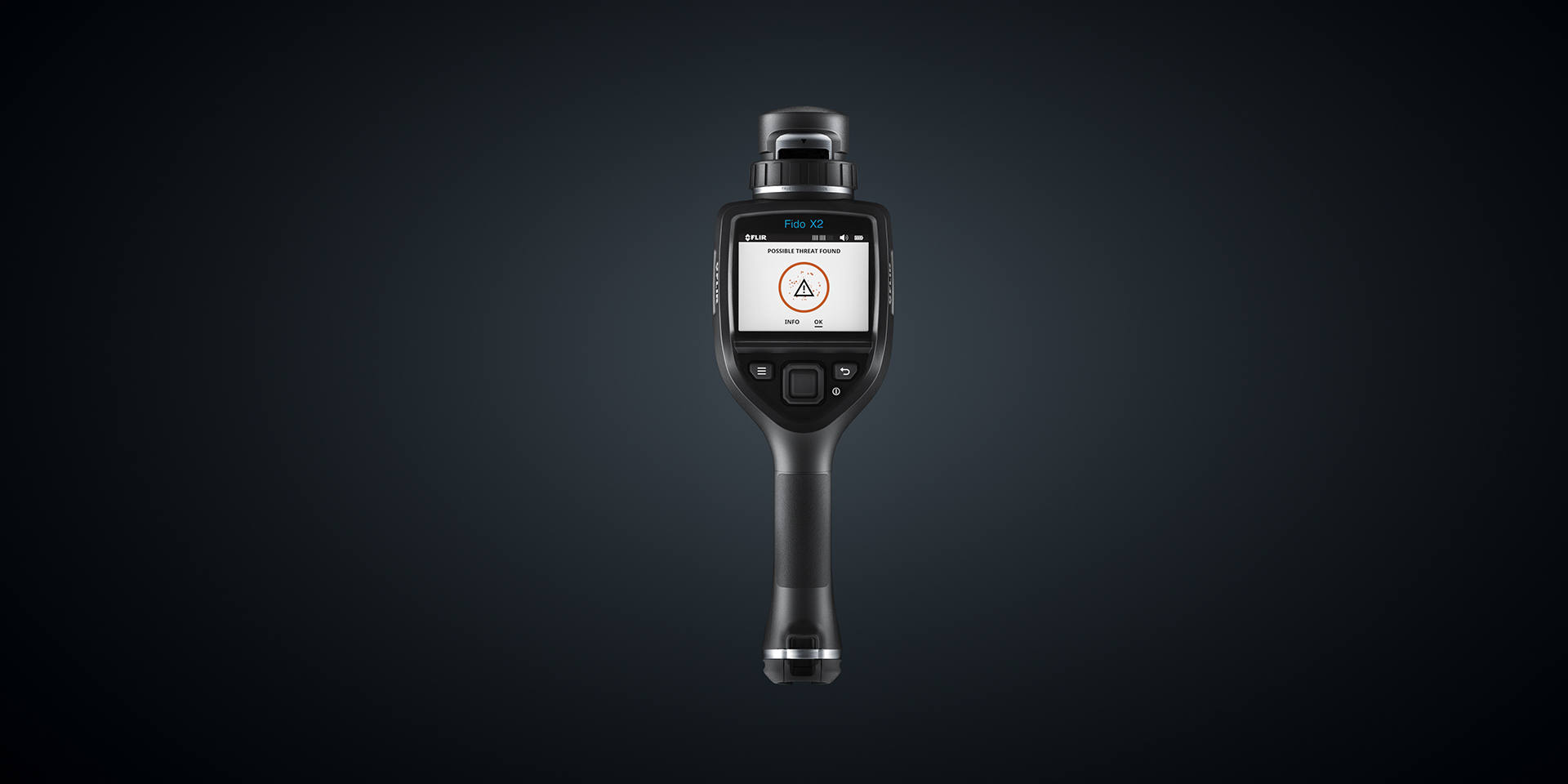 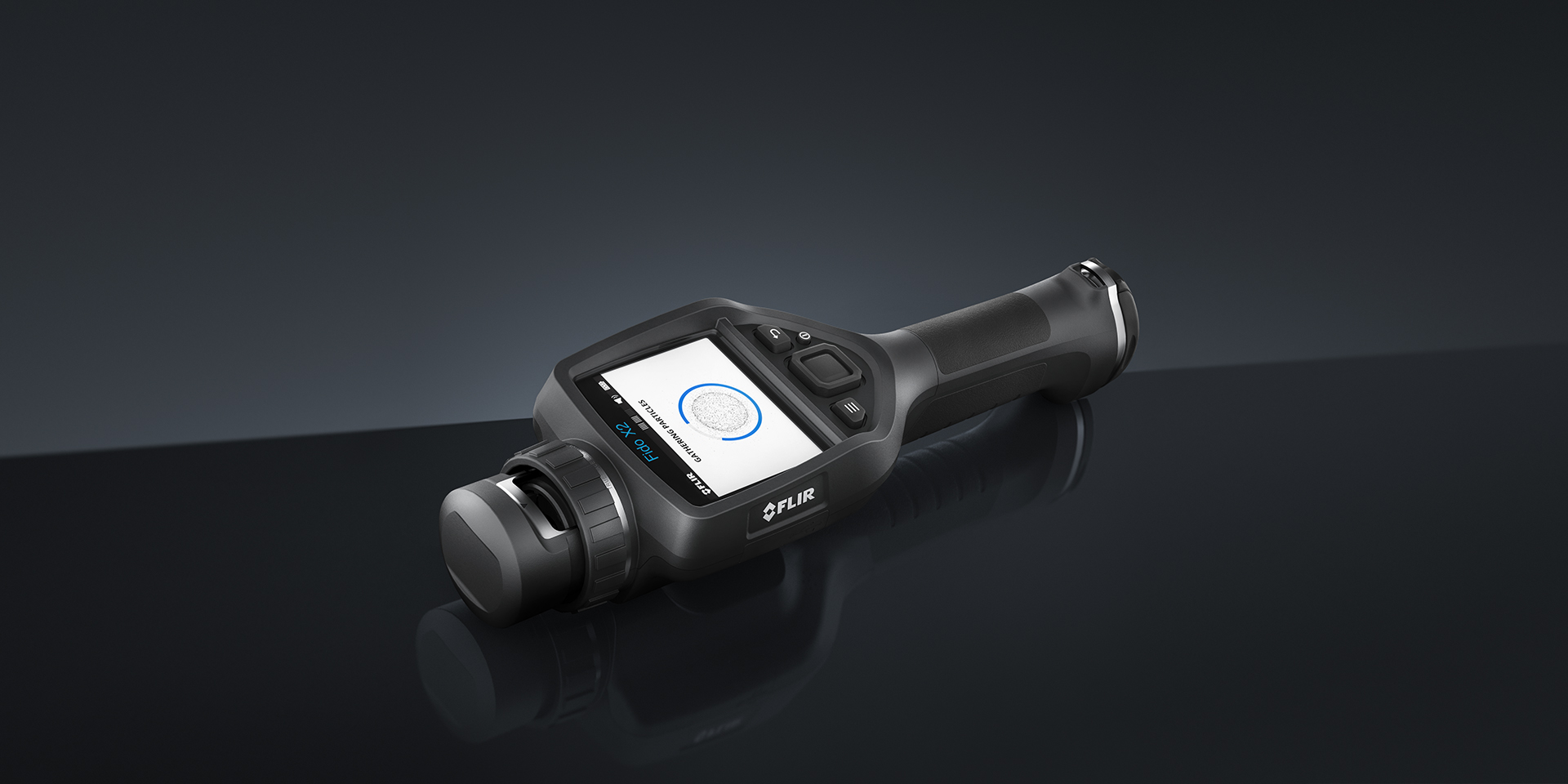 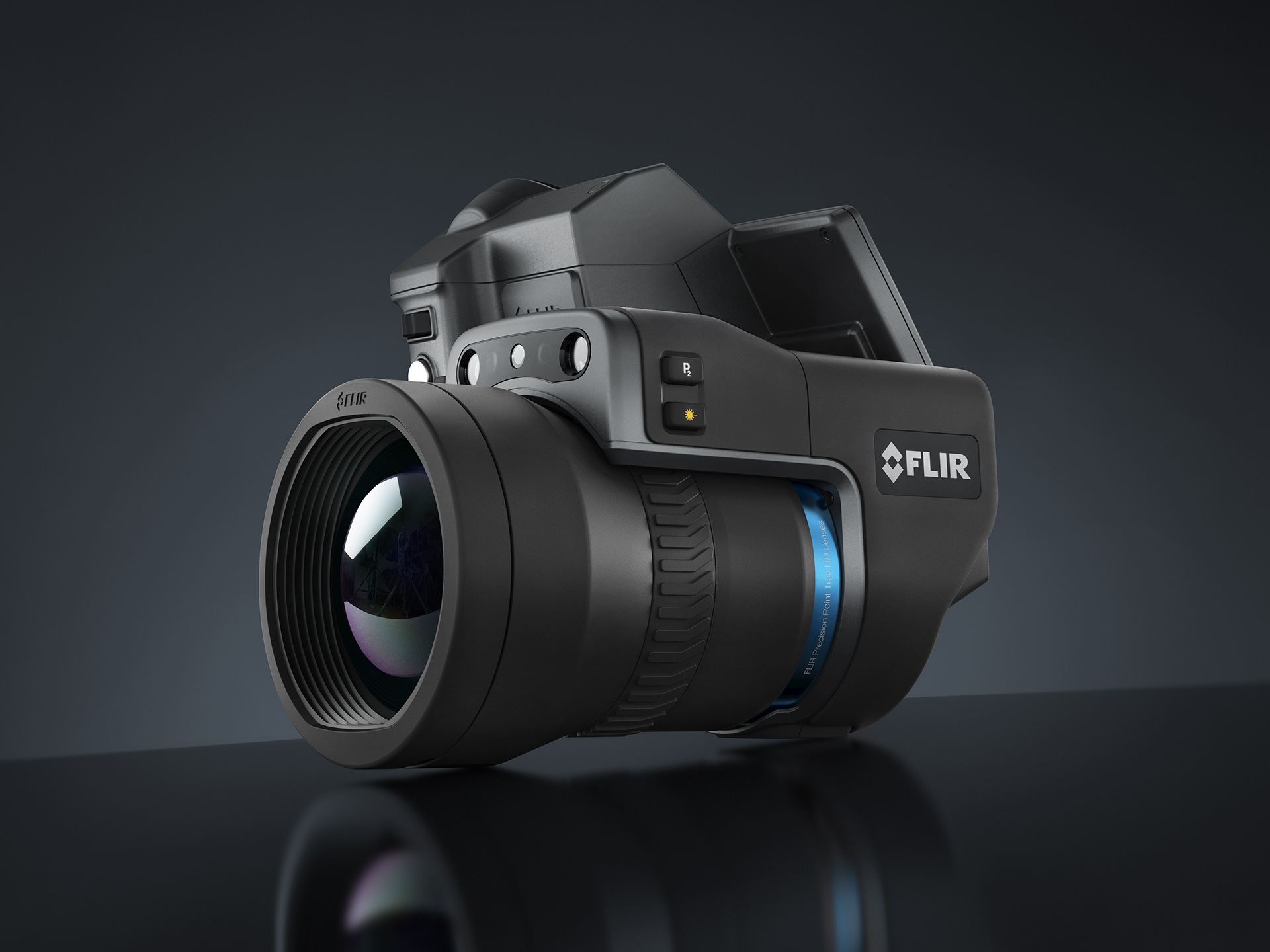 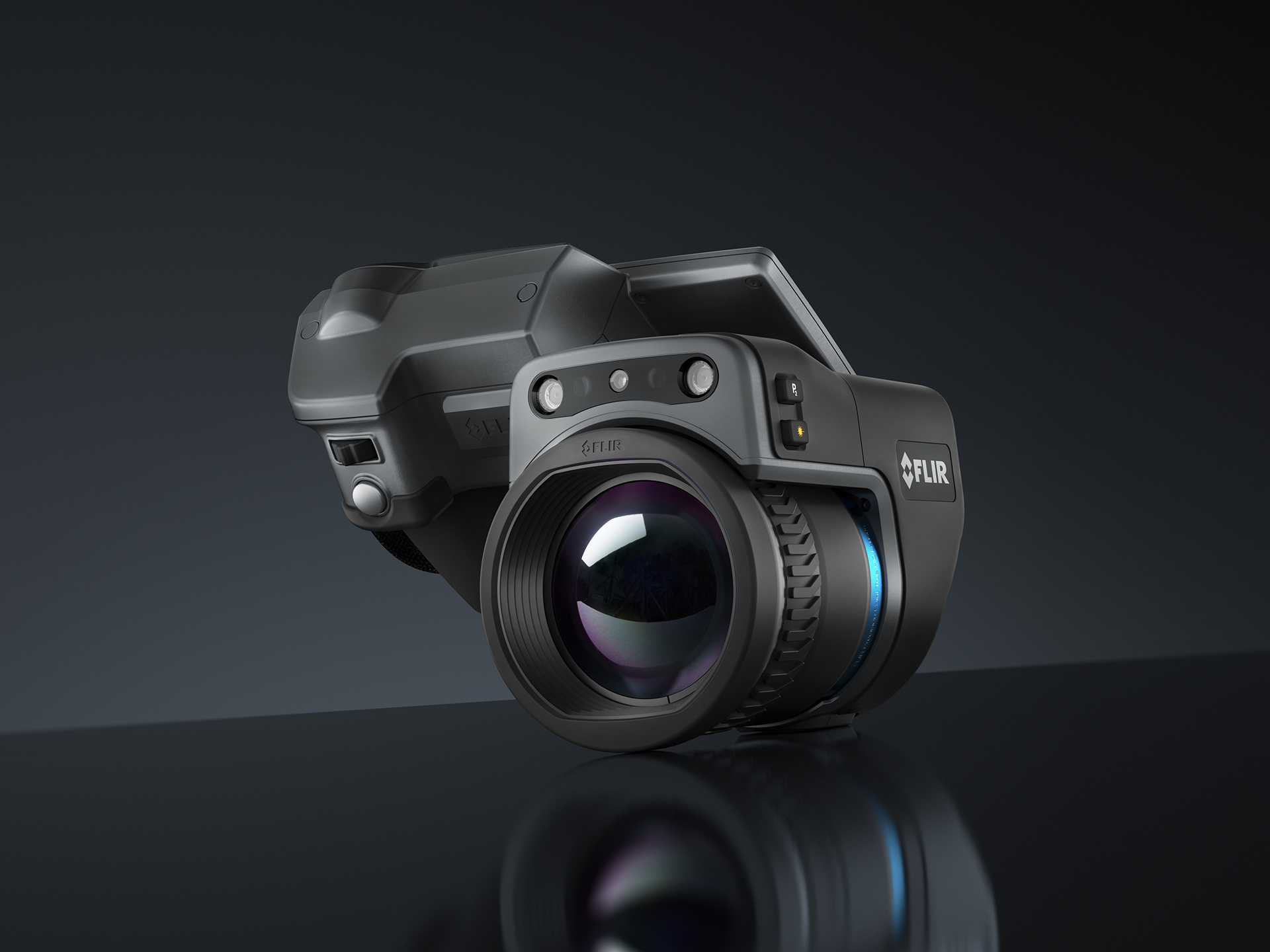 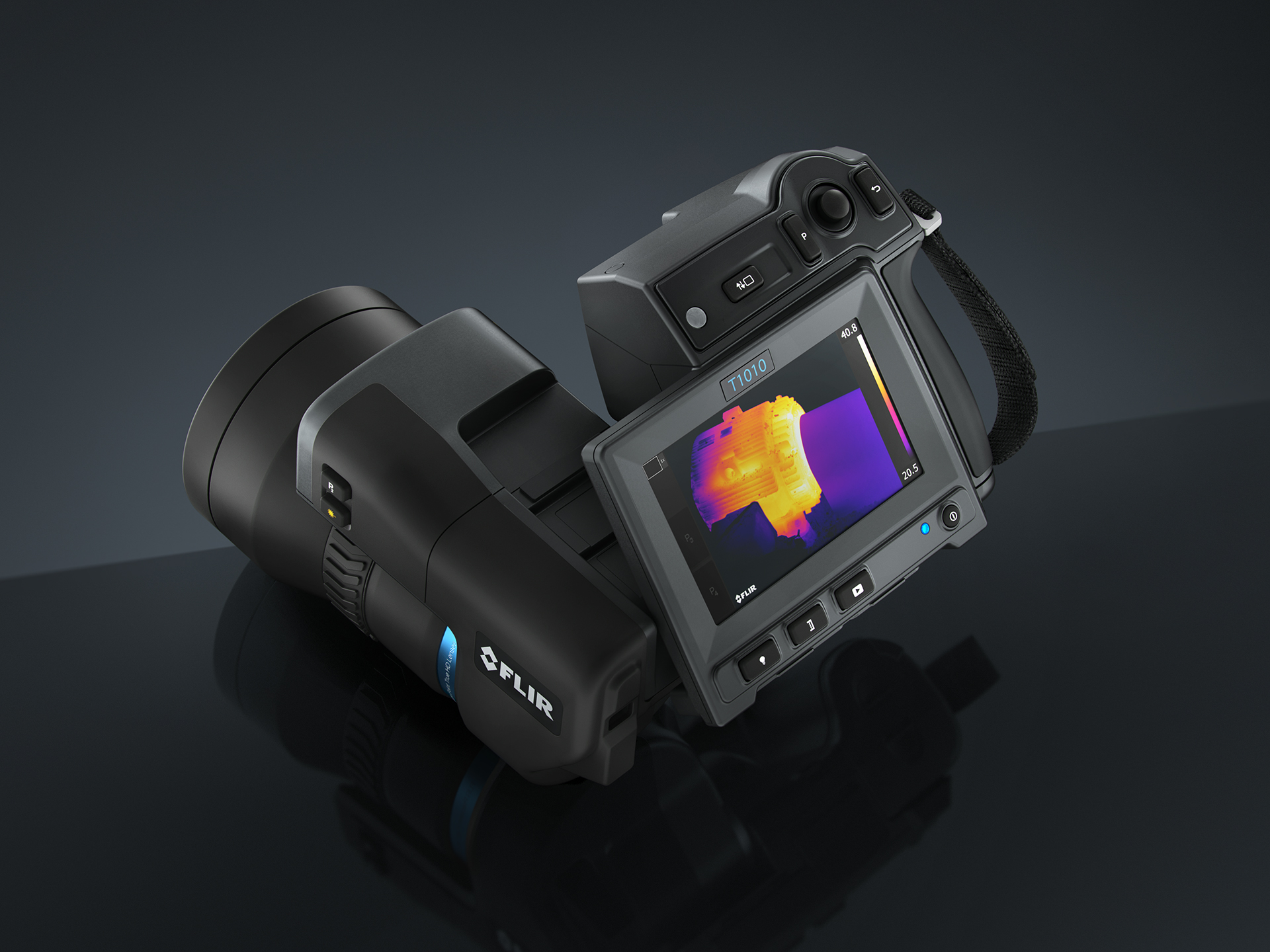 What advice would you give to someone interested in doing what you do?
Today there are some good schools for learning photography, retouching, and 3D here in Sweden. The competition has become harder for people with no school degree. It goes along with the lesson that if you really want to accomplish something, there are no short-cuts–you have to spend the time learning about and practicing it. Show your work. Don’t be afraid to have your work criticized. In fact, it’s better to get used to it.

Though I didn’t have 3D (or retouching) classes in school, I have always had a great interest in creating images and have always tried to truly master the areas I’m interested in. When my kids sit down to play with clay — physical clay — I’m found left there for hours, while they’ve run off to watch TV. That’s how I work.

I’ve worked as a Retoucher and 3D Artist for about 18 years now and I still learn new stuff every day. That’s what is so fun about it. I consider myself to be a “3D Generalist” since I work across all areas of production. If you’re in a bigger studio then your skill may be focused on just one area, like only modeling, or only lighting, rendering or animation. So if you plan to work for a large studio, it may be useful to specialize in a few areas and become really good at it.

At the same time, however, I hope it remains possible to land a job in the business through your passion and interest — with some skills of course — and have an opportunity to learn and grow among others in a company.