Stéphane Wootha Richard is a freelance Concept Artist and Illustrator in the TV, animation, video game and publishing industries. Inspired by his father, he’s used what he learned over the years through music and software development to follow his dream of becoming an artist and is now creating works that are absolutely stunning. Stéphane tells us more about his start and how he uses KeyShot in his process. 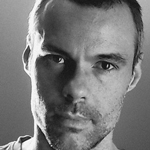 What sparked your interest in becoming a Concept Artist/Illustrator?
My father was a traditional painter. So I grew up with the idea that, one day, I would be a painter too. But it didn’t go that direction for a long time. After making a living through music for 10 years and then working in software development for six more years, it’s only at 36 that I’ve been seriously involved in digital art. I started as a comic book colorist, then as an illustrator and today I’m a freelance concept artist. 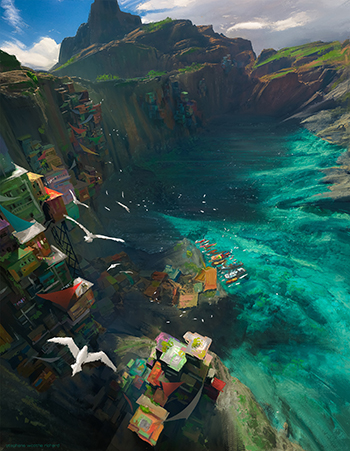 What was the turning point in your career?
I met awesome people at key moments who really helped me get my foot in the door of the art industry. From the editors at Ankama Publishing (comic book coloring on Killing Time, Maori) to TV producer Adam Lawson (lead art and AD on Titansgrave), or the great folks at Powerhouse Animation (visual development on Netflix Castlevania). They’ve been here just when I needed something to happen. You can call it luck, I do 🙂 But the turning point in my life happened on sort of an epiphany when I realized I needed to go back to my childhood dream. It’s been tough, but today I’m glad I put in the hours, because it’s a fantastic job.

What is unique about your approach to a project?
It’s not easy to be objective about that, but I think my past as a musician and a software developer helped me develop a holistic approach to creativity. I’m far from being a specialist in any domain: I’m not a good penciller, painter, or sculptor. But I see each new creative challenge as a problem to solve. I try to rely on various skill-sets and knowledge, such as photography, design principles, composition, physics of light, laws of optics, camera lenses, color scripting, visual storytelling and general curiosity in order to create my concepts and images. When the time comes to solve a tough technical challenge, I try to split it into smaller problems, easier to manage.

What is your primary 3D modeling software? Why?
Definitely ZBrush. In my workflow, and because I don’t care about topology, it’s the fastest and most versatile modeling tool I’ve ever tested. I’ve learned Maya, Modo and Blender in the past, and they’re all great and incredibly powerful packages. But for concept art, I think ZBrush is as intuitive as pencil and paper.

I see KeyShot as my canvas. With the ZBrush to KeyShot Bridge, it makes syncing the geometry with ZBrush almost instantaneous–Ctrl+R and 20 millions polygons are updated in seconds. I set up my main camera very early in the process, with KeyShot on my second screen.”

Where in the process do you use KeyShot?
I see KeyShot as my canvas. With the ZBrush to KeyShot Bridge, it makes syncing the geometry with ZBrush almost instantaneous–Ctrl+R and 20 millions polygons are updated in seconds. I set up my main camera very early in the process, with KeyShot on my second screen. I literally paint with geometry, light and shadow, syncing my ZBrush scene as often as possible. Technically, this allows me to only focus on what is seen on the “canvas”, while on the creative side, I have the same benefits as working in 2D, with and early focus on design and composition. When my scene is defined enough in 3D, I do a couple render passes: diffuse, reflection, ID (clown) and depth. These give me enough information to finish the painting in Photoshop. From 1 hour sketches to 30 hours of keyframes, it’s the same workflow. 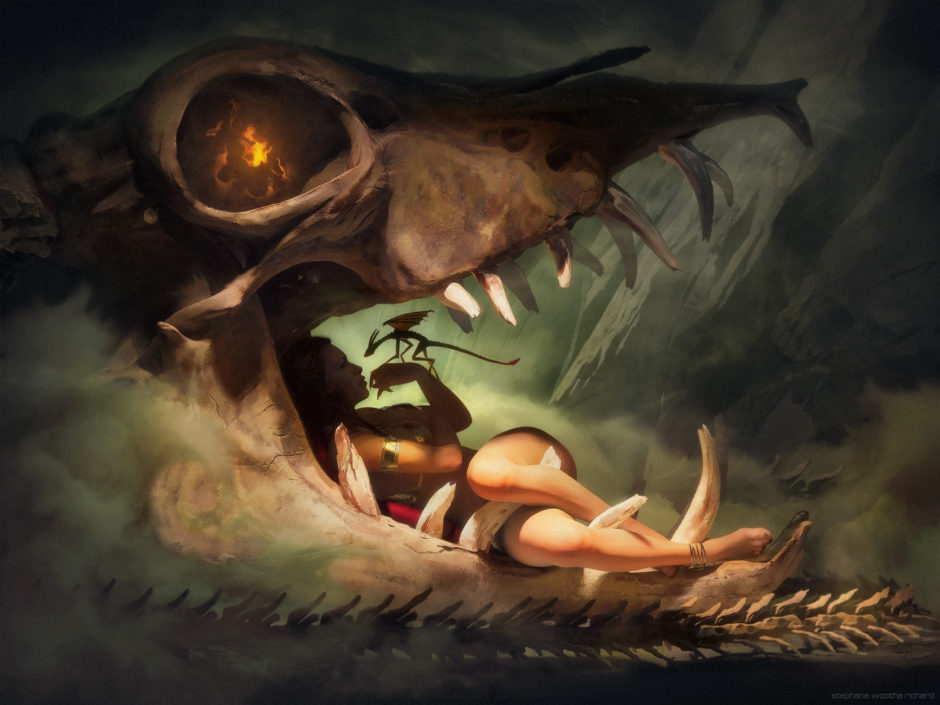 What makes KeyShot an important tool to have?
Keyshot is by far the fastest rendering engine I’ve tested so far. And its ability to give an accurate preview of light and shadow patterns in just a few seconds is essential to my workflow as a concept artist. I need to decide as fast as possible if a stroke in ZBrush is going to translate in an interesting shape design-wise and composition-wise once projected in 2D. I think the Bridge makes KeyShot the perfect companion to ZBrush for concept art.

I also love the lighting in KeyShot, it’s just so appealing and really stimulates my creativity. Another feature I really like in KeyShot is point lights and IES lights. They have a very natural and beautiful response. From environment design to interior scenes or characters, they are very interesting creative tools. Set from the beginning, they make my sculptures evolve with the final lighting and allow me to discover shapes I wouldn’t have thought of in ZBrush alone.

What advice would you give to someone interested in doing what you do?
I think the most important thing is to be passionate about art, visual storytelling, design and problem solving. Concept art is about communicating ideas, be it composition, color scheme, form language, narration, cultural references, believability, brief translation, etc. Of course, turning that idea in a beautiful image is part of the job, but it’s only the tip of the iceberg. I’m not about competition at all, but it’s worth mentioning that it’s a highly coveted job, both in house and freelance. So you’ve got to be prepared to work accordingly, and keep working accordingly, because many young and talented guys leave art schools every year. But I think it’s important to develop your own voice and not fill your portfolio with the exact same subjects and style everyone is creating. Many artists I admire and who are very successful in this industry have a very specific print, and companies come to them for that very reason. 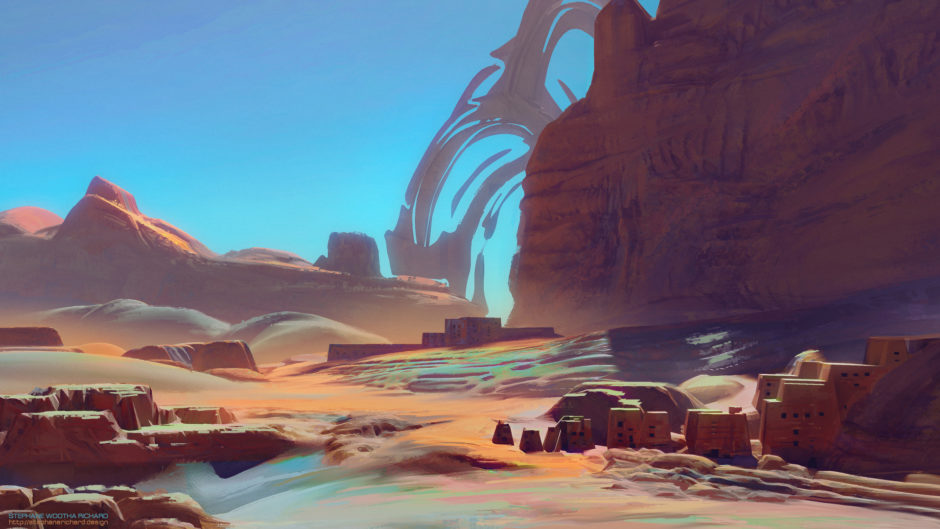 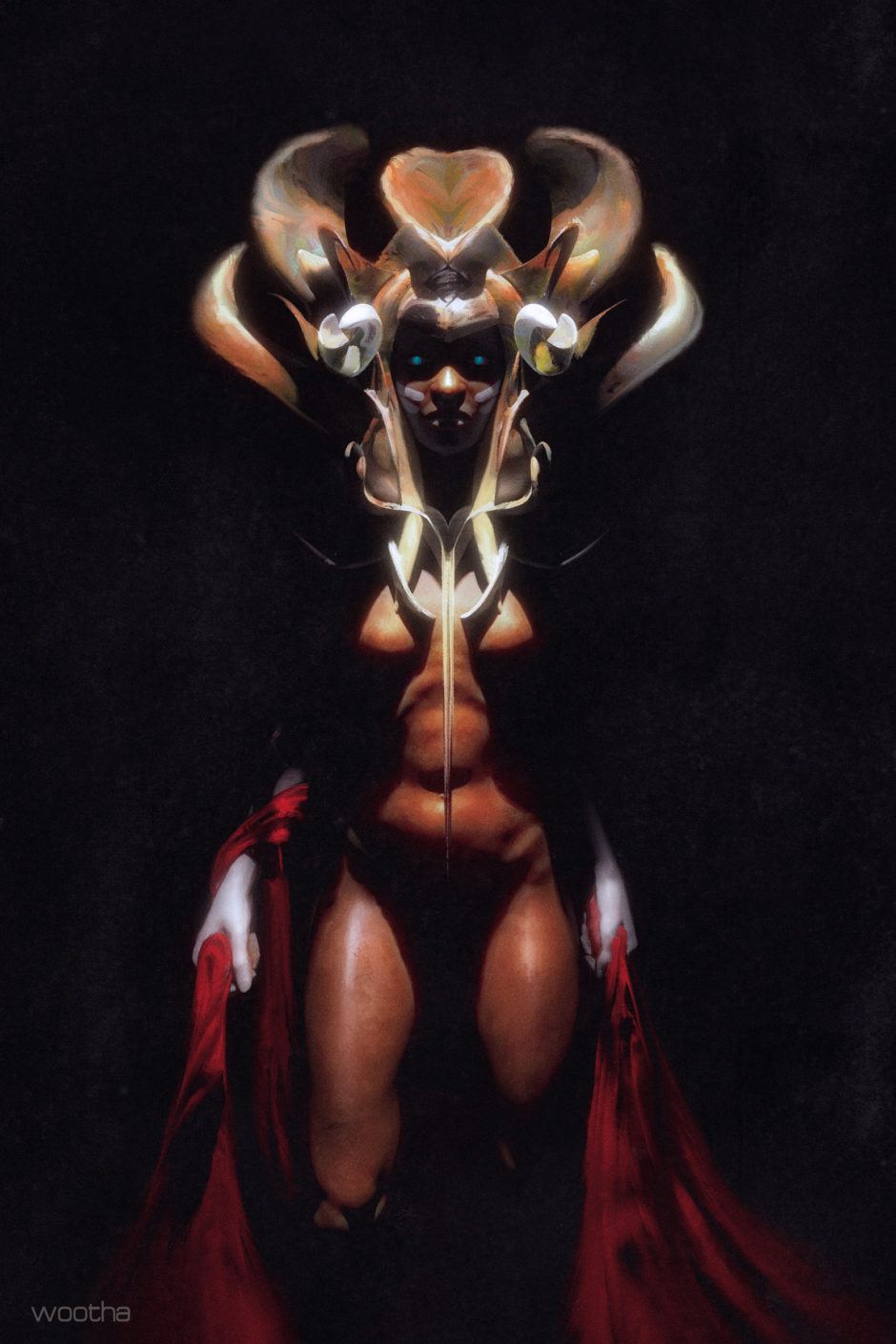 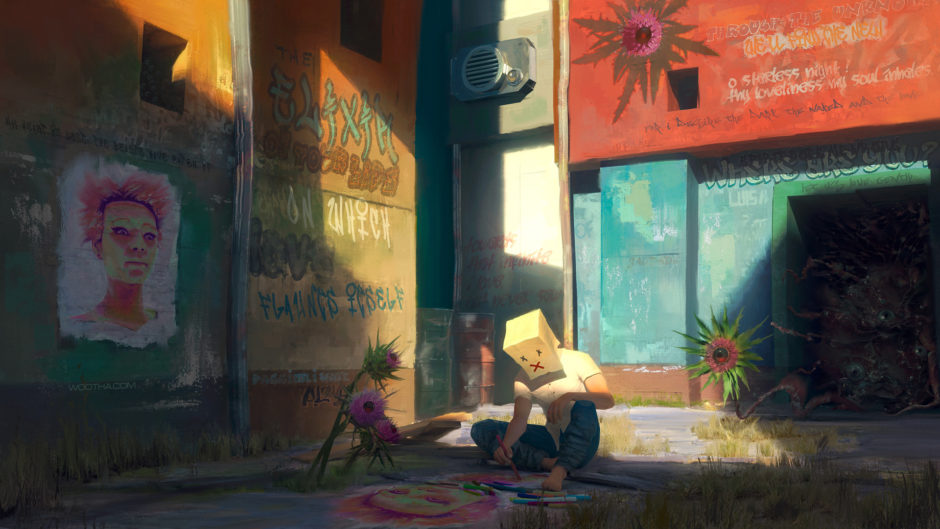