Wow weapons, massive concept ships and really badass vehicles. That’s how we described the work of Alexey to people asking about a concept artist who uses KeyShot. Using SketchUp and KeyShot, Alexey creates some of the more detailed models we’ve seen, taking them a step further to diagram and pull out details on spec sheets beautiful enough to hang on your Butcher Class Heavy Gunship. He tells us more about how he started and how KeyShot adds that ‘extra punch.’

What first sparked your interest in 3D digital and concept art?
Videogames made me want to try it. I was always interested in video games–how they looked, how they developed visuals–and so it was easy to imagine doing something like that myself. I was really into the Unreal and Quake series, so James Hawkins and Paul Richards were my earliest inspiration, and they still are. I was always interested in Sci-fi, but it was their work that made me really want to pick up the pen and do something like that myself. I started out in 2D. 3D came in after I watched a series of ‘making of’ videos on Red Faction: Guerrilla and noticed they were using SketchUp in their pipeline. It looked nice and easy enough to take a quick detour from my usual workflow. I quickly discovered it wasn’t as easy as advertised. There were a lot of drawbacks, but at the same time it lent itself to the kind of work I had been trying to do. So, I’ve been using it ever since I landed my first job as a concept artist.

What are some highlights throughout your career?
Working on my first big triple-A title, Killzone 3. It was really humble work, too–I designed a few props that still keep popping up in the series. Still, it gave me insight into working on a AAA title, allowed me to gauge the requirements for a concept artist in the industry and made me realize how someone can carve a successful niche in that environment. I’ve also worked on Natural Selections 2, where I first took a detour into Environment Design. It was really interesting to see the work in the game and understanding how it gets adapted–really makes you understand how the whole process works. I’ve worked on a multiple project since then, but I’d say that I learned the most from those two examples.

What would you say is unique about your approach to a project?
When you consider it, a lot of vehicles look the way the do because of specific engineering limitations, they don’t always look aesthetically pleasing or even all that logical at first glance because the decisions made by engineers during the design phase don’t often account for the overall look, nor do they need to. In order to emulate that specific engineered look I often prefer to model small details and pieces first and then work my way up to the general shape. It isn’t always easy to determine how those parts fit into greater whole, but it helps emulate that feeling you have when you look at a complex piece of machinery and makes the concept look much more believable in general.

What is your primary 3D modeling software? Why?
I primarily use Sketchup. It has an easy learning curve, it lends itself very easy to the kind of work I do, it works wonders with instancing, it allows me to lay down exactly the kind of shapes I want, often in the nick of time. All in all, I couldn’t have wished for a better tool when it comes to my field of work.

KeyShot helps to add extra punch to the model, make it stand out and do it all in a quick, efficient manner.”

Where in the process do you use KeyShot?
I use KeyShot for rendering and presentation. All of my concept sheets are made using a KeyShot pass. For me, KeyShot helps to add extra punch to the model, make it stand out and do it all in a quick, efficient manner. In fact, I usually spend more time composing the renders than actually rendering. And, a lot of my concepts are usually used as a promotional material as well which is precisely where that extra punch comes in handy.

What makes KeyShot an important tool to have?
Ease of use and quality to time ratio. With KeyShot, you can achieve the kind of look you want very easily and you can iterate on it very quickly. There is a full package of features you’d expect and more with almost no learning curve to speak of–you get exactly what you expect to get with nearly no tweaking required. The interface is clean and unobtrusive. Whatever you do with your model, you can be sure that the final result will look great because you know how it will look thanks to the real-time workspace.

What advice would you give to someone interested in doing what you do?
Practice. Practice a lot. Don’t be afraid to experiment. It takes a lot of time to find a good workflow, but it’s worth it. As far a Sci-fi concept art goes, don’t try to go for absolute realism and don’t go the opposite way and make things flashy for the sake of looking cool. Stick to the middle of the road. A good concept looks believable first and foremost, but it doesn’t have to be 100% percent realistic for that. Don’t go for over-stylized approach either. Try to be subtle whenever you can. Avoid kitbashing if you can help it or, at least, don’t get too enthusiastic about it–chances are, it doesn’t look as good as you’d think. Know your references, and know them well: the more you know about them, the bigger your idea pool will be. Consider the balance between purely functional parts and purely visual forms that are used to add character. Finally, don’t be afraid to fail. failure can teach you much more than success. 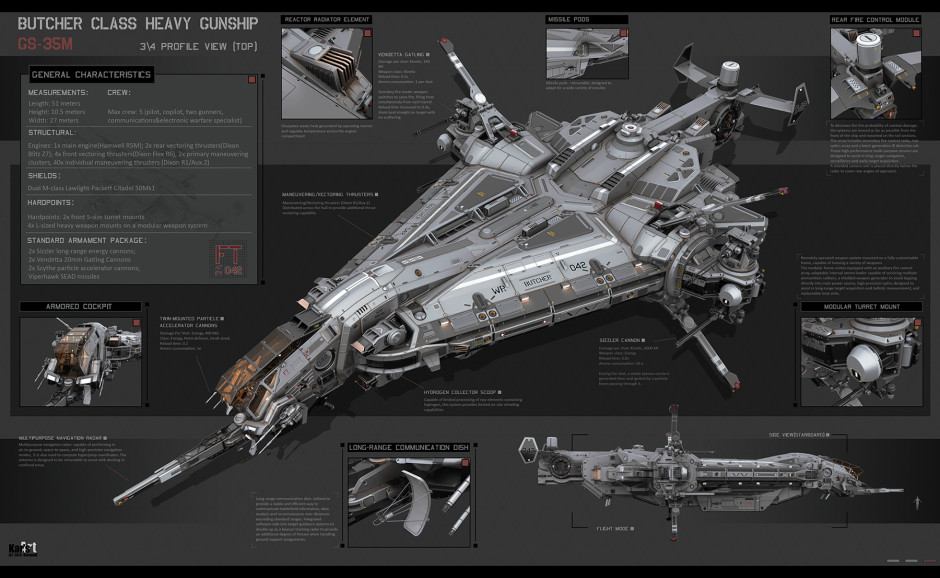 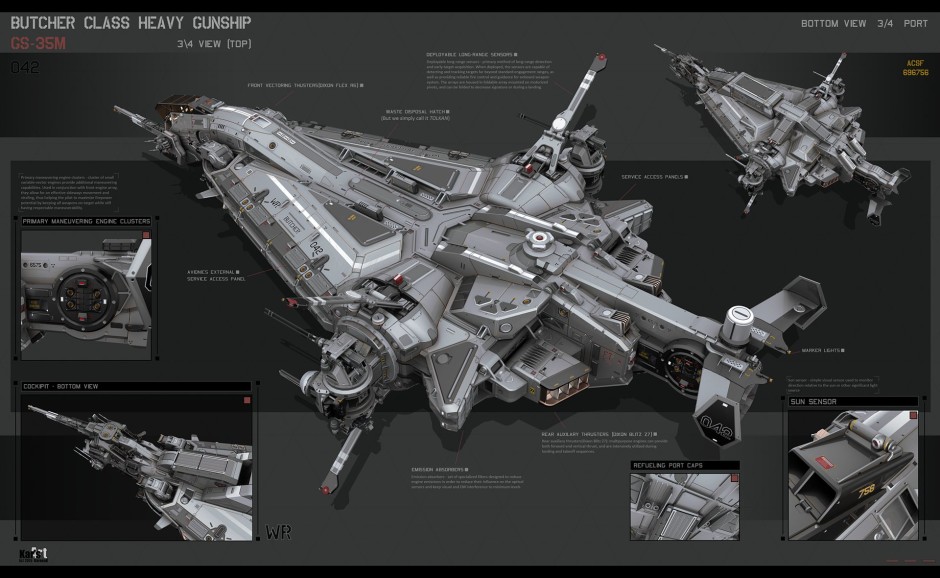 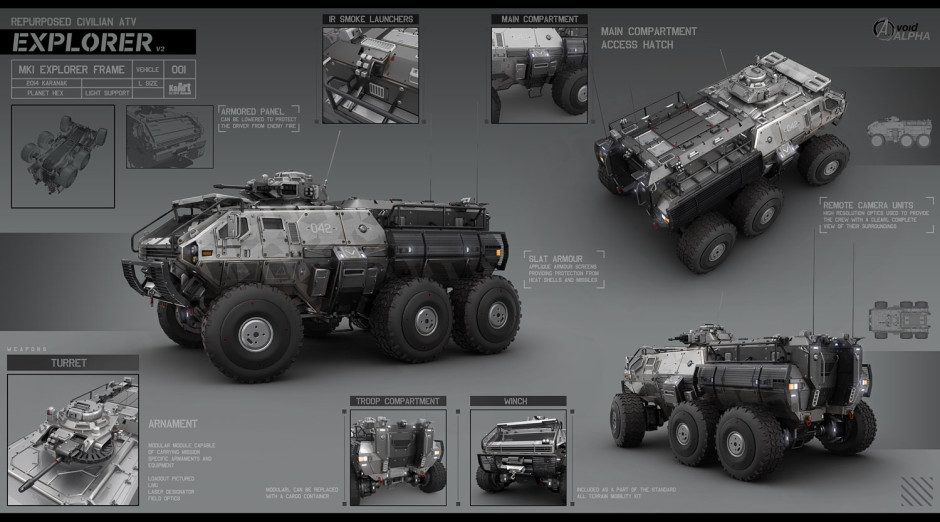