Tustin, California, July 29th, 2019 – Luxion, a leading developer of advanced rendering and lighting technology and the makers of KeyShot®, the first real-time ray tracing and global illumination program for 3D rendering and animation, today announced a new era coming to KeyShot through the ability to harness the full GPU-accelerated ray tracing power of NVIDIA® RTX™ with NVIDIA® OptiX™.

Luxion’s mission is to develop the fastest, easiest, and most accurate software for visualization. As the first CPU-based real-time ray tracing software, KeyShot has provided the flexibility desired by 3D professionals for nearly a decade. KeyShot’s utilization of all available CPU cores brings the speed, quality, and accuracy demanded by these users. With Luxion’s internally developed render engine and in-house expertise in advanced rendering techniques and graphics hardware, Luxion can evaluate the latest CPU and GPU technologies. Now, with the advancements in GPU acceleration, through the real-time ray tracing capabilities provided by NVIDIA RTX GPUs, the speed and performance exist to bring GPU rendering capabilities to KeyShot users around the world. 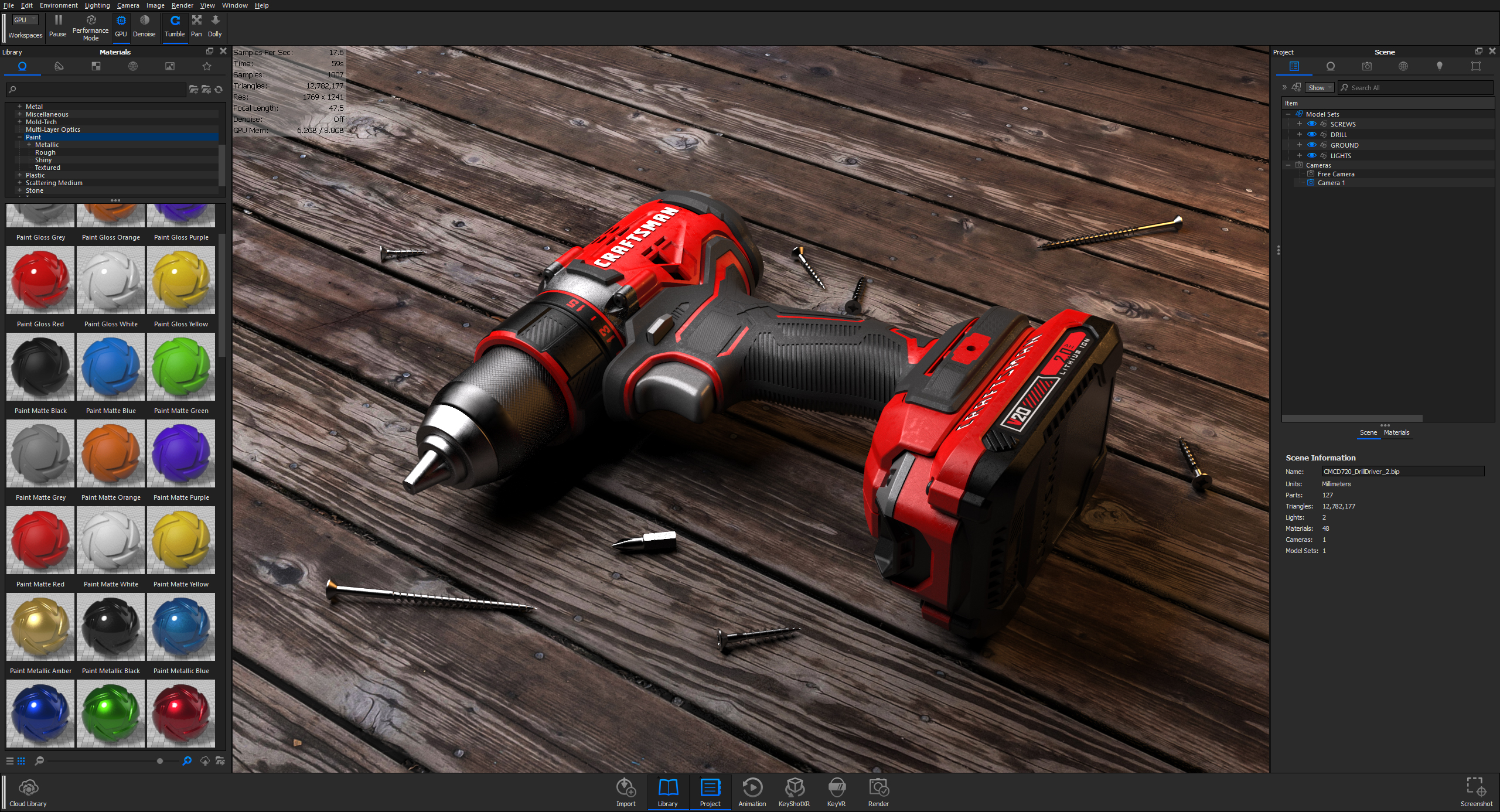 A Focus on Flexibility
Coming in the release of KeyShot 9, Luxion brings both CPU and GPU accelerated rendering capabilities together in such a way as to provide 3D professionals complete control and a choice over what powers their rendering workflow. The implementation is designed to provide a seamless experience for KeyShot users without affecting current workflow, requiring unexpected hardware upgrades, or forcing users to choose one rendering method over another providing complete flexibility to maximize their hardware.

“Less than a year ago we introduced NVIDIA RTX and momentum for real-time ray tracing continues to grow,” says Greg Estes, vice president corporate marketing and developer programs at NVIDIA. “We worked closely with Luxion on OptiX integration to make real-time ray tracing on the GPU possible. Now KeyShot users have more options to interactively create amazing, photoreal visuals faster and easier than ever before.”

“Luxion has evaluated GPU rendering for several years,” says Henrik Wann Jensen, Co-founder and Chief Scientist at Luxion. “With NVIDIA’s RTX technology, GPU-accelerated hardware ray tracing and AI denoising, gigaray performance, GPUs with over 8GB of memory, and the free OptiX SDK, now is the time to do it.”

The Best of Both Worlds
Luxion has implemented NVIDIA RTX with OptiX into KeyShot with native, out-of-the-box support for all the technological achievements provided through the NVIDIA OptiX ray tracing engine – GPU acceleration does not require a separate KeyShot installation, a plugin, or a patch. It’s the best of both worlds inside KeyShot, CPU and GPU together, all within the most intuitive user interface for 3D rendering and animation allow the user to make their decision based on their hardware needs.

“KeyShot was finely tuned for OptiX integration,” explains Claus Wann Jensen, Co-founder and CEO at Luxion. “Our development team was able to quickly show KeyShot with GPU acceleration and where performance could be gained, which further convinced us to move forward with support for NVIDIA RTX.”

How it Works
When you start KeyShot from your desktop workstation or RTX Studio Laptop, and it detects a compatible NVIDIA GPU, KeyShot users will see a new GPU button on the KeyShot Ribbon. When activated, the scene in the Real-time View and the rendered output will be rendered on the GPU instead of CPU.

Availability, Pricing, and Product Support
KeyShot with GPU acceleration leveraging NVIDIA RTX with OptiX will be available with the release of KeyShot 9, currently in beta and planned for release in the Fall of 2019. A separate installation of KeyShot will not be required and no additional cost is added to the price of KeyShot. GPU acceleration for NVIDIA RTX is currently supported on Windows only. Supported graphics cards include NVIDIA GeForce, Quadro, and Tesla products with Maxwell and newer generation GPUs.