Tustin, California, January 31, 2018 – Luxion, a leading developer of advanced visualization and maker of KeyShot®, the first real-time ray-tracing and global illumination program for 3D rendering and animation, today announced the appointment of Derek Cicero as Vice President of Products & Strategy and Jesper Mosegaard as Director of Products. 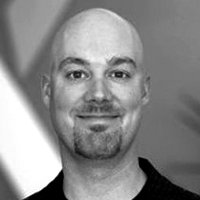 Derek Cicero, Vice President of Product & Strategy
Derek joins Luxion from The Foundry where he was Head of Design Products and responsible for overall product strategy and OEM partnerships across their Industrial Design product line. Previously, he held positions at The Foundry as Head of Strategic Partnerships and Development and prior to that led Luxology as Vice President of Products. Derek is a graduate of Loyola University Maryland.

“Derek’s experience and seasoned leadership in the visualization and design product industry combined with an unmatched vision in the product development landscape bring the expertise needed to launch Luxion into the next phase of our visualization products,” says Henrik Wann Jensen, Co-founder and Chief Scientist at Luxion. “Derek is the ideal leader to drive product innovation and ensure the goal of empowering 3D professionals across all industries is met.” 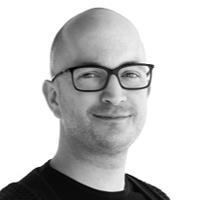 Jesper Mosegaard, Director of Products
Jesper joins Luxion from the Alexandra Instituttet where he led as the Head of Visual Computing Lab in areas of computer graphic research, innovation and software development. Previously, he held positions at the Alexandra Instituttet as Head of Computer Graphics Lab and Senior R&D Scientist. He received his PhD in Computer Science from Aarhus University in 2006 and is a graduate of the Executive Education from Harvard Business School.

“Jesper is deeply familiar with the disruptive new 3D technologies and advanced mathematical modeling particularly suited to Luxion’s product roadmap,” says Claus Wann Jensen, Co-founder and CEO of Luxion. “As an expert in his field, Jesper’s insight and experience in interactive 3D graphics and computer science will lead our development team to new heights and help all Luxion customer produce and experience their product in new ways.”

In addition, Luxion’s growth has led to new roles in software engineering and UX design. Additional roles in software development, system administration, training and graphics design are also being added. More about careers with Luxion can be viewed at www.keyshot.com/careers/.

About Luxion
Luxion is advancing the future of 3D rendering, interactive visualization and lighting technology. Learn more at luxion.com.

KeyShot is the first real-time ray tracing application that uses a physically correct render engine based on research and development in the areas of scientifically accurate material representation and global illumination. Addressing the visualization needs of designers, engineers, and other 3D professionals, KeyShot breaks down the complexity of creating photographic images and animations from 3D digital data. Luxion’s customer list includes many of the Fortune 1000 companies and leading consumer product manufacturers including Bose, Caterpillar, Chrysler, Fellowes, Lenovo, Microsoft, Samsung, Sonos, Wilson and many others. Visit www.keyshot.com for more information.

© 2018 Luxion ApS and Luxion, Inc – KeyShot is a registered trademark of Luxion ApS. All other company and product names may be trademarks of their respective owners.