We love animated films. From the early cel animations to the billions of rendered poly animations, both with characters that draw us in with their mannerisms, stories and charm. Matt Thorup went from being inspired by many of those characters to inspiring others with his own characters. His training and practice in 2D and 3D character design looks deep into each character to extract that story and deliver the recognizable qualities of a memorable character. Here he shares his background, his approach, and why he uses KeyShot to render his characters, along with excellent advice for those who dream of becoming Character Artists themselves.

What sparked your interest in CGI and becoming a Character Artist?
I am a product of animated films. I grew up watching all things animated and spent hours drawing the characters from movies or TV shows. I loved it all, but never did I think you could make a living as an artist in any capacity. I was a good artist, but no one told me I could make money from it.

It wasn’t until I saw the movie The Incredibles that it finally clicked that it could be a possibility. That movie was special and it hit me hard. The world they created along with an amazing story sucked me in, and I noticed it all from the character designs, to the character development, to the musical score. I knew I wanted to be a part of something like this. Helping create a new world, being a part of something that really means something to someone. Connecting with people through art. That is what I wanted. So I worked really hard, and I made it happen. 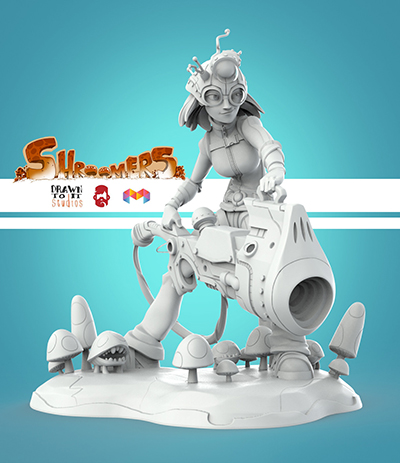 What was the turning point in your career? or highlights of your career?
I would say a big turning point in my career was when I was hired as a contract employee with Disney Interactive as a Marketing Character artist working on Disney Infinity. Basically I was hired to come in and render a bunch of characters that were already made. I put the characters in a scene and hit a button, so not much skill involved. However, I wanted to be hired as a full time character artist and needed to show them what I could do, so in between the renders I would ask my character lead (Chris Wright, a talented artist) if I could work on any side projects. The projects started small but I hit them hard and kept asking for more, until eventually I was assigned my first main character that would be made into a figure, Nick Fury. When I had finished Nick my hard work was met with the right timing, and everything seemed to fall into place. I was hired as an official Character Artist for Disney Interactive (where I worked for over two years). 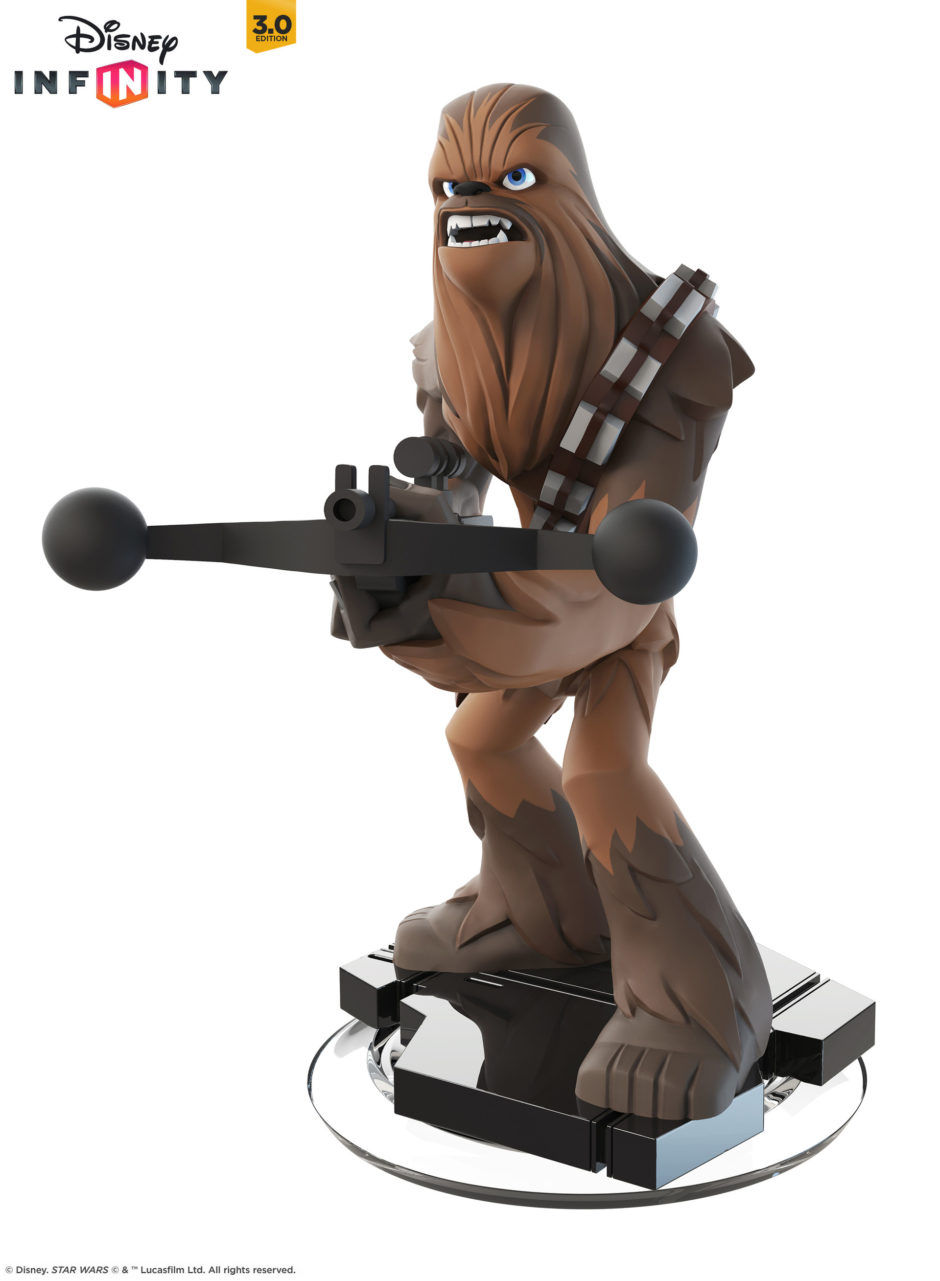 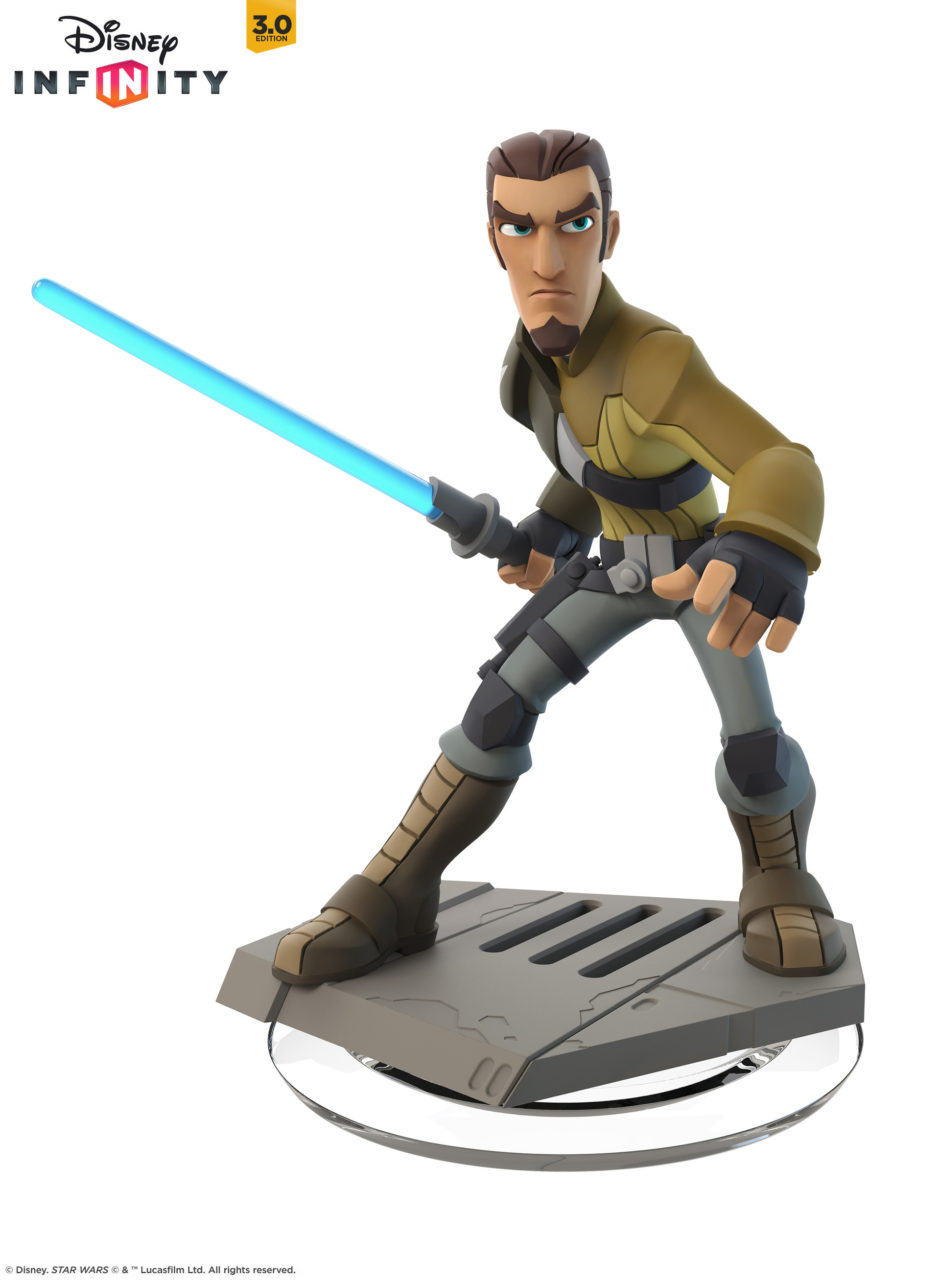 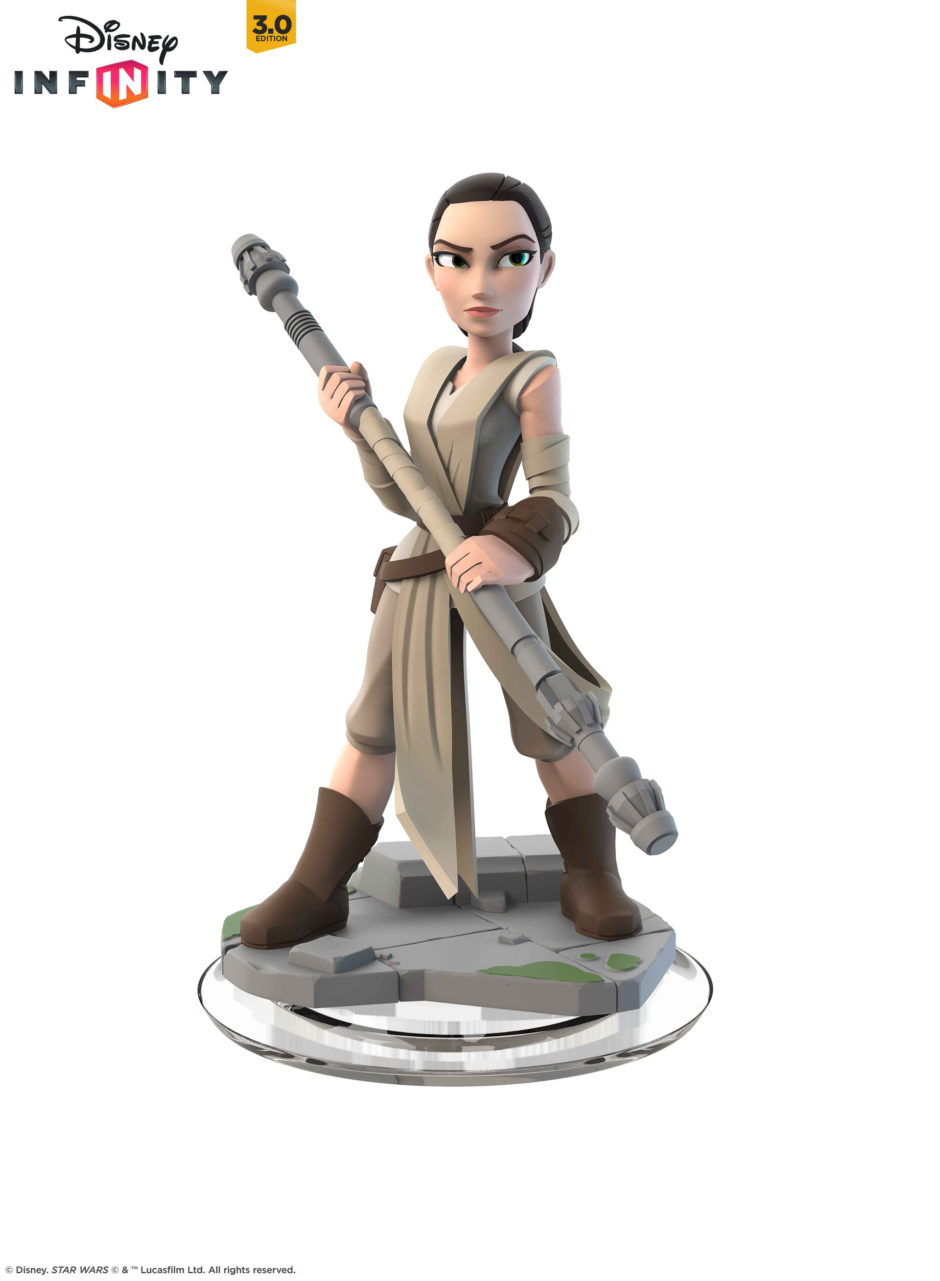 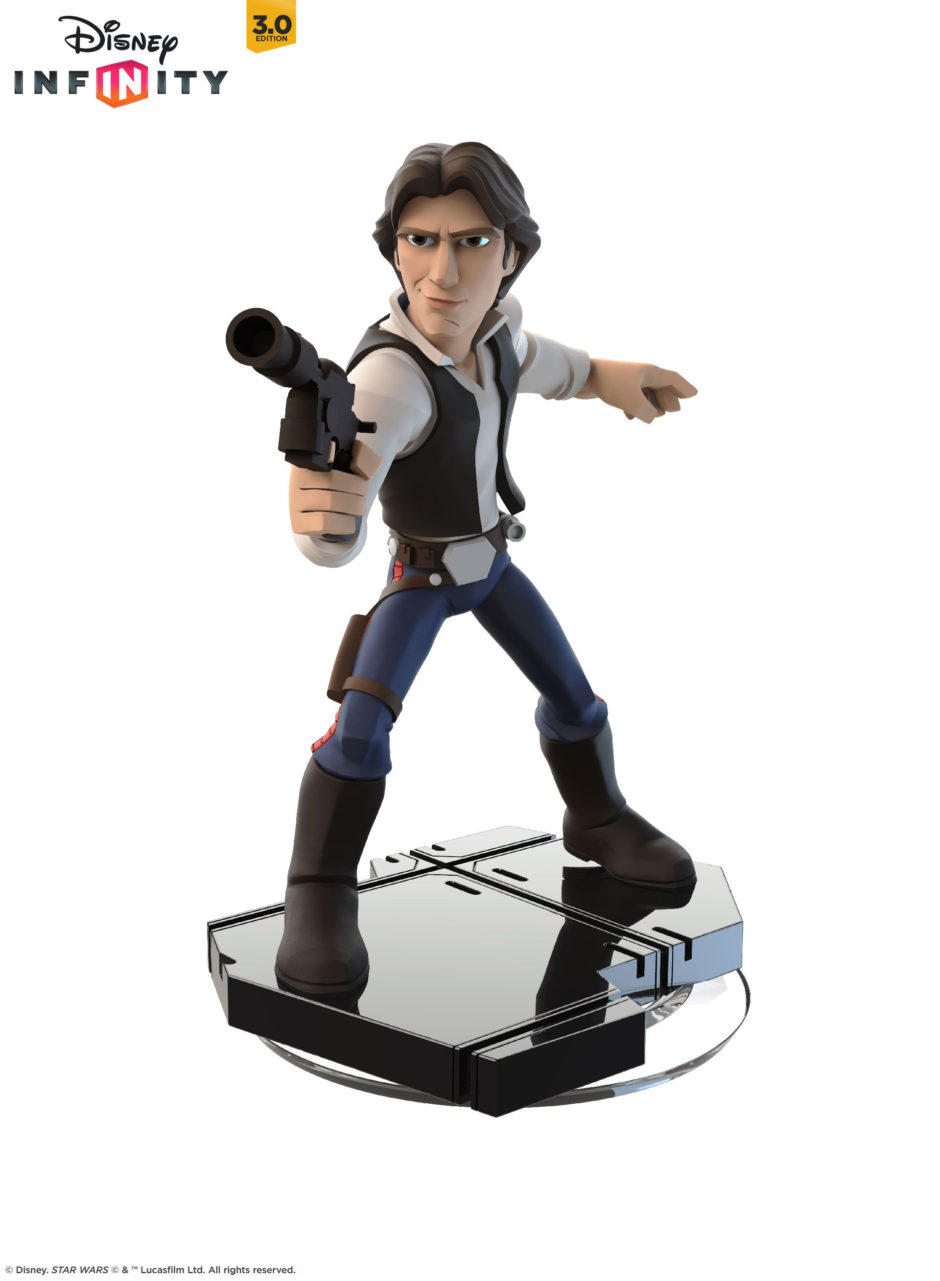 What would you say is unique about your approach to a project?
I come from a very traditional 2D background. Before becoming a Character Artist, I worked as a graphic designer for five years so a lot of my approach is based on those fundamentals: basic shapes, color theory, overall brand. And I’ve studied 2D character design for years. I focus a lot on gesture, shape language, and telling a story with each character I make. And even though I’m a 3D artist, I spend time practicing traditions skills because I feel like each skill will help the other, and so far they have.

When I start a character, I approach it very similar to my sketches. I ask myself, “Who is this character? What makes them special? Or, what makes them who they are?” And most importantly, “What is the message/story I want to say about this character?” I constantly ask myself these questions as I go about creating characters, whether they are based off one of my concepts or someone else’s concepts. When I finish the character and a final render, it isn’t just a pretty picture but it’s hopefully something relatable, and something that can carry a story with it.

What is your primary 3D modeling software?
I live and breath in ZBrush. It feels very free and flexible, especially for someone who goes through many of iterations. It gives me the freedom that I never have to be set solid on anything and at any moment I can mush it all together and make something completely new. It is a very organic way of modeling and I love it.

Where in the process do you use KeyShot?
I use KeyShot when I am nearing the end of my character modeling. I do test renders and practice scenes to ensure that my character looks well lit, and that is has good points of interest and points of relief. Since most of my characters will only have a beauty render, KeyShot makes it easy to keep me in line with the vision I have for my final product. 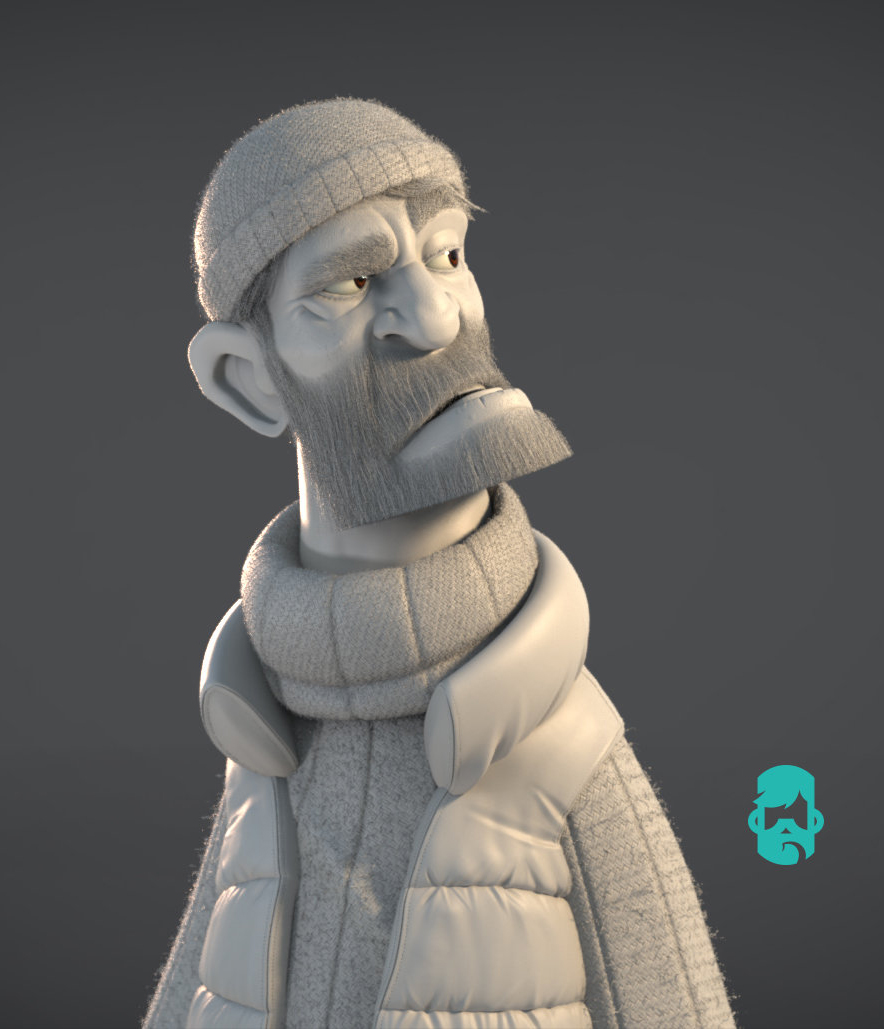 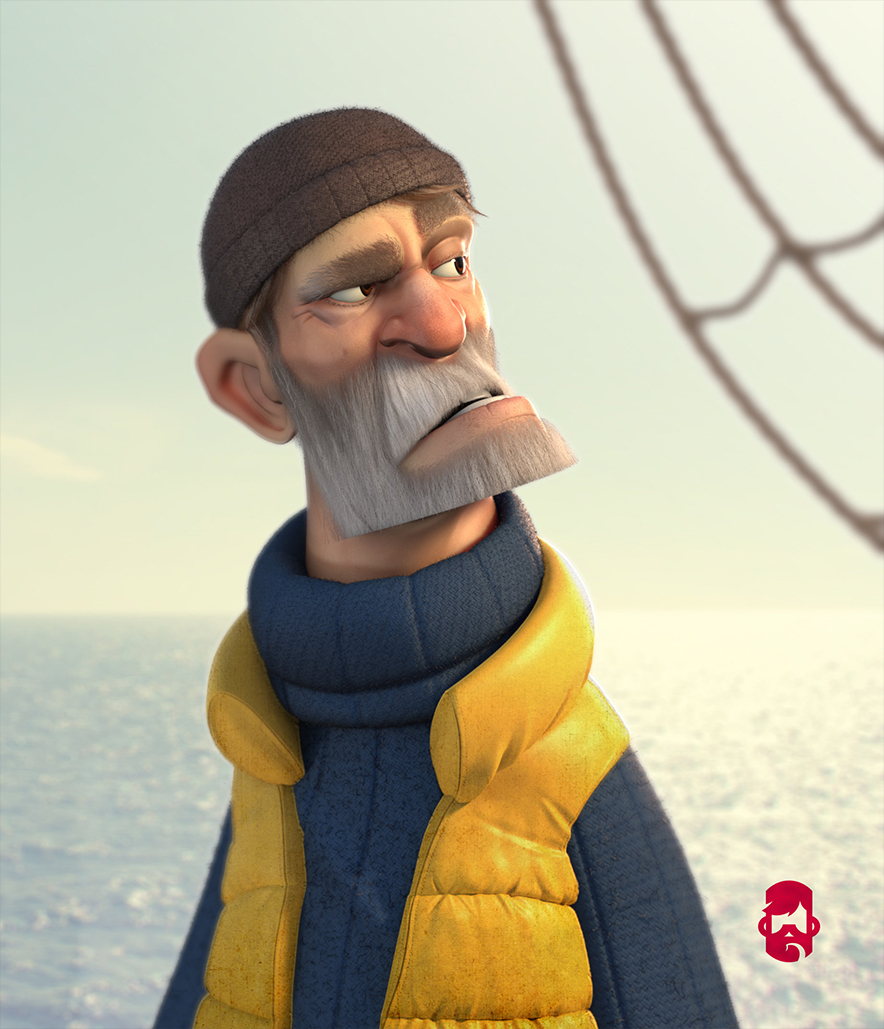 KeyShot is the best tool to have. For an artist like myself to be able to quickly set up a scene with lighting just the way I want, while also having an amazing preview of my final render, saves me hours and hours of time and also takes away a lot of guess work when it comes to rendering.”

What makes KeyShot an important tool to have?
KeyShot is the best tool to have. For an artist like myself to be able to quickly set up a scene with lighting just the way I want, while also having an amazing preview of my final render, saves me hours and hours of time and also takes away a lot of guess work when it comes to rendering. It’s easy to use as well as quick, which means I can focus more on what matters to me like the design and feel of each character, and not have to pull my hair out trying to render something.

What advice would you give to someone interested in doing what you do?
My advice for anyone wanting to be a Character Artist, or anyone wanting to get into the industry is to know what you want and be ready to work damn hard to make that happen. If you really want to do this, then stop wanting it and just do it. Learn what you need to learn, then learn even more. Keep working when you are out of the classroom, or off work. Strive your hardest to be the best. You can be anything and do anything if you are willing to do the work. People see me, or my work and say wow, he is really talented, but what they don’t see are the countless hours I have spent learning to be talented. And guess what, I am still working to get better. But this is what I want, so I am willing to put in the hours. There are a ton of great resources out there so take advantage of anything and everything you can get a hold of. I’m a firm believer in it doesn’t matter so much is to where you learn it, as long as you are putting in the extra effort to learn everything you can on your own too.

Take advantage of the great resources on Matt’s Gumroad page to learn more about Character Design, ZBrush and KeyShot. Visit at https://gumroad.com/redbeard/. 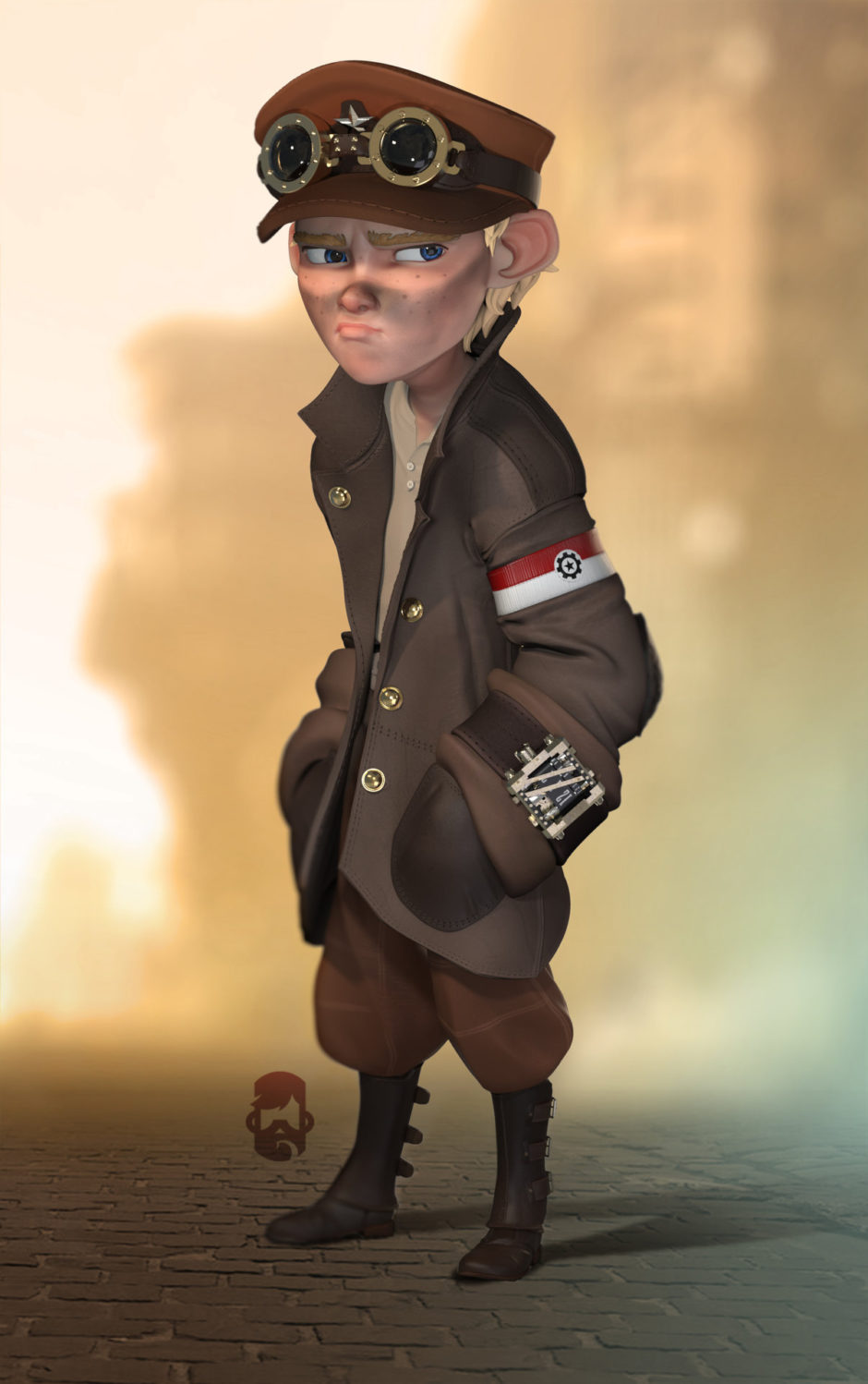 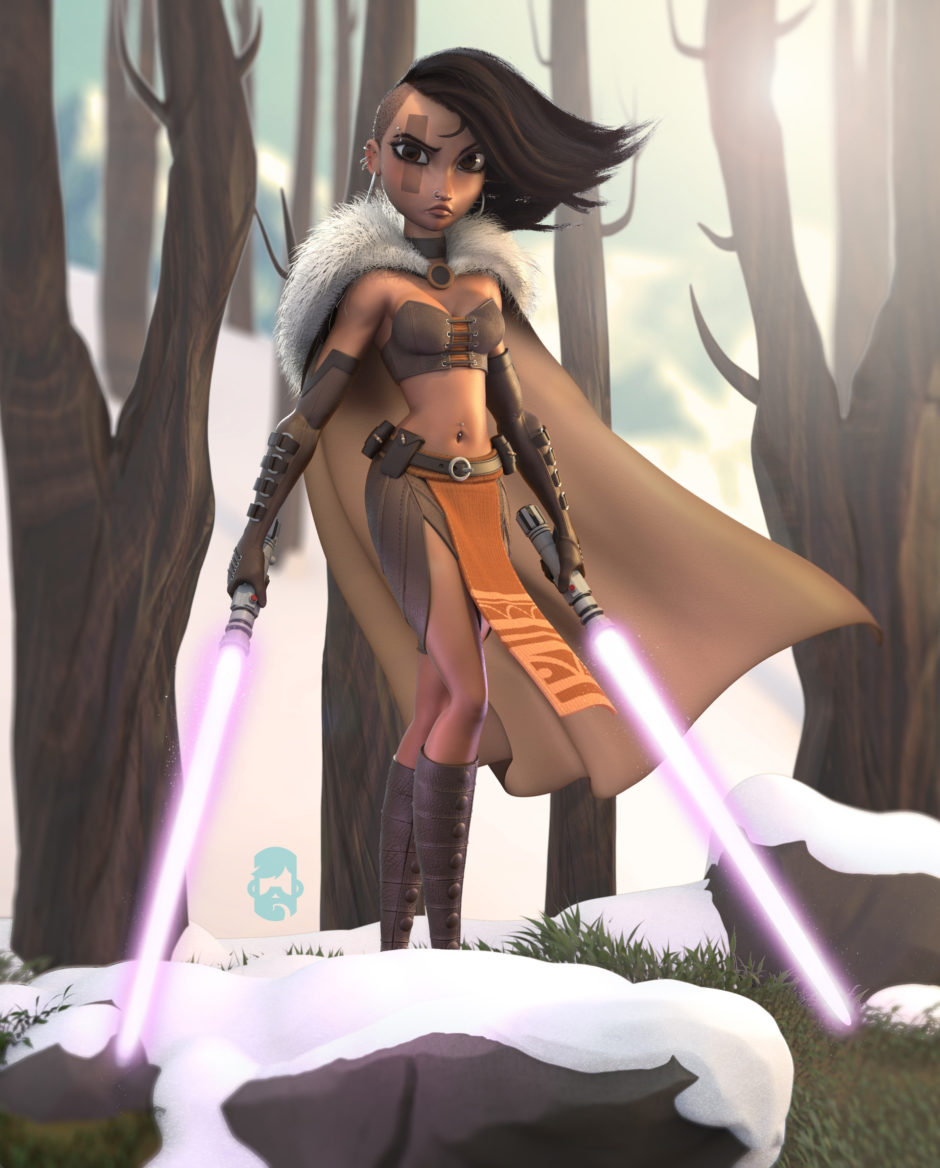 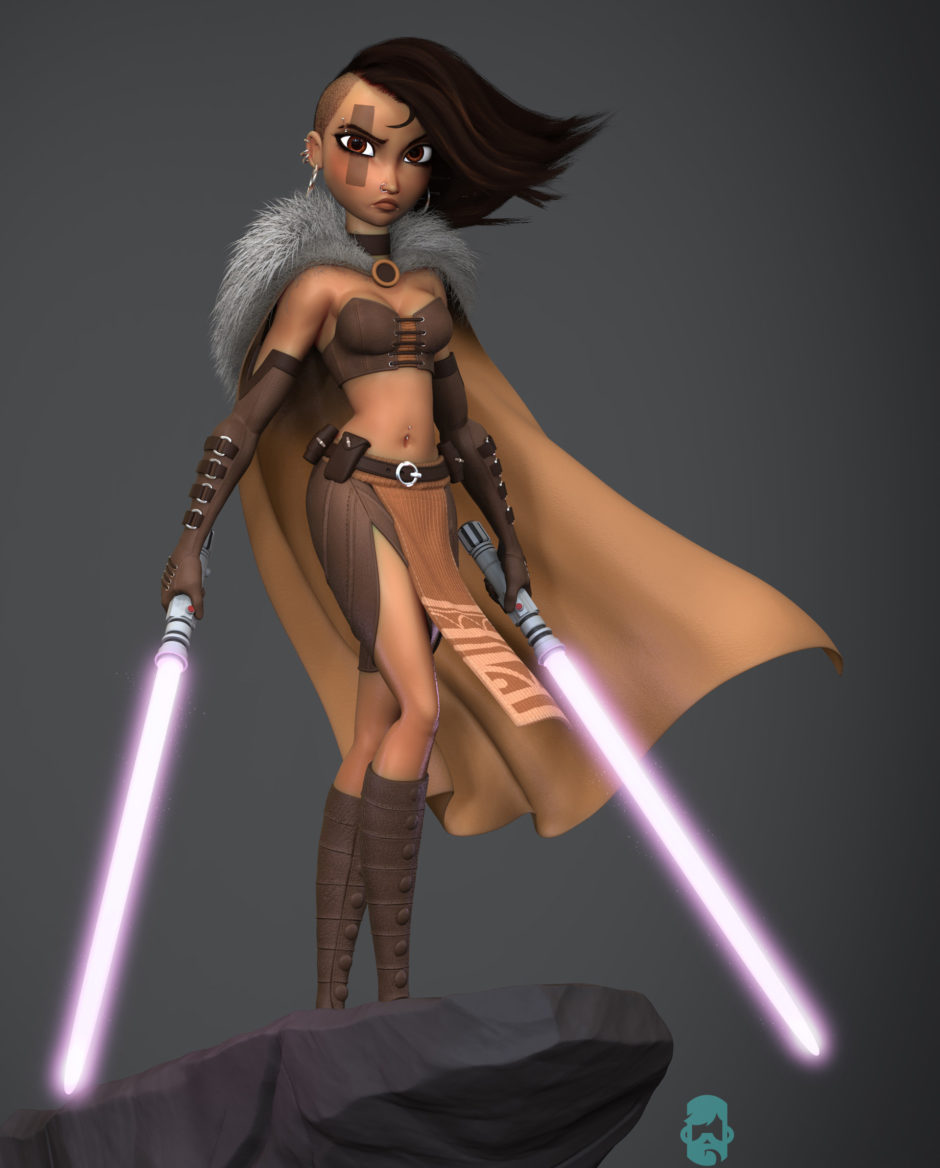 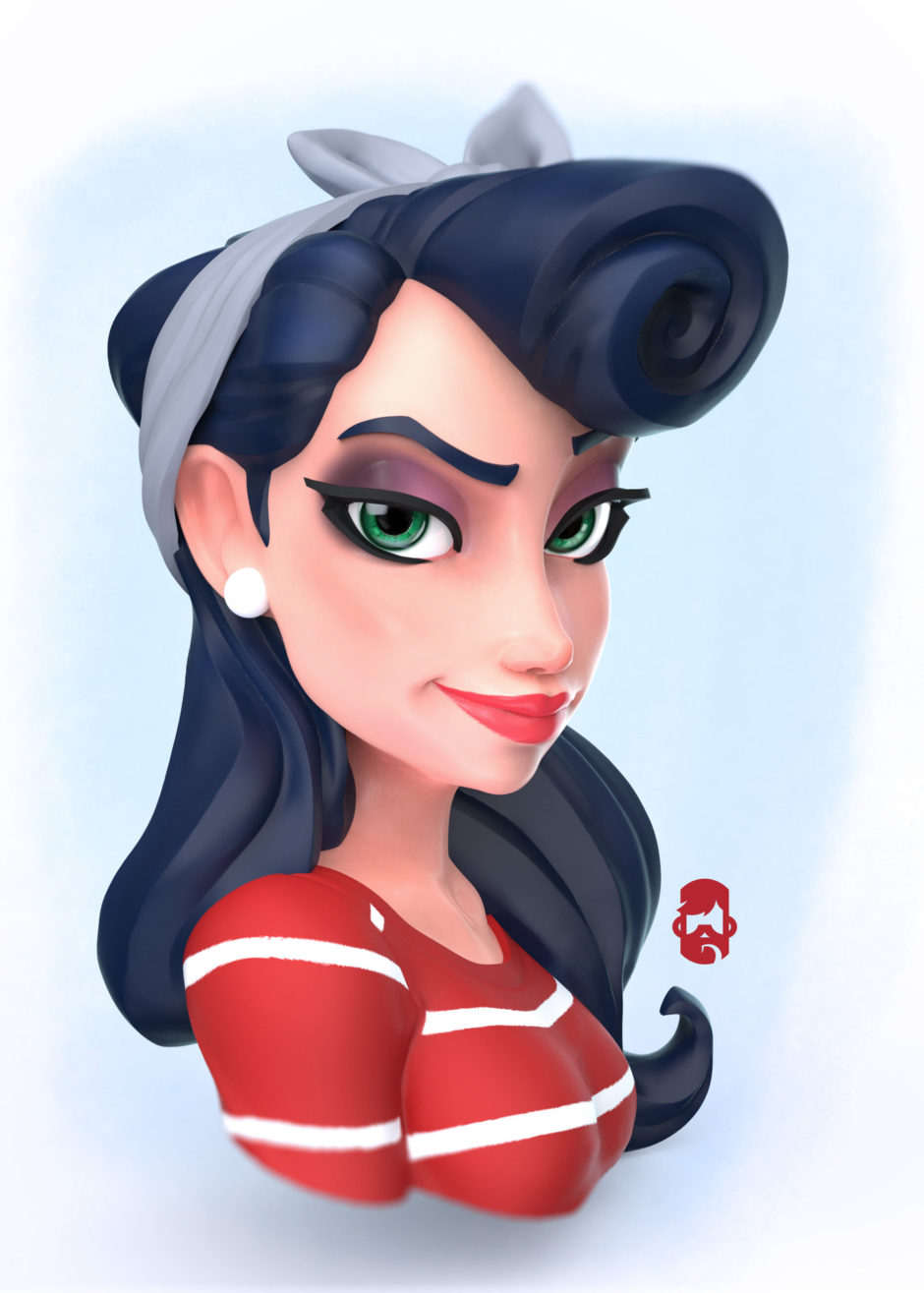