The MakerBot Industrial Design Team uses KeyShot to create visuals capturing functionality, speed, and design quality for both development and public launch of their new 3D printers. We talked with Vishnu Anantha, Hardware Design Lead at MakerBot, to learn more. 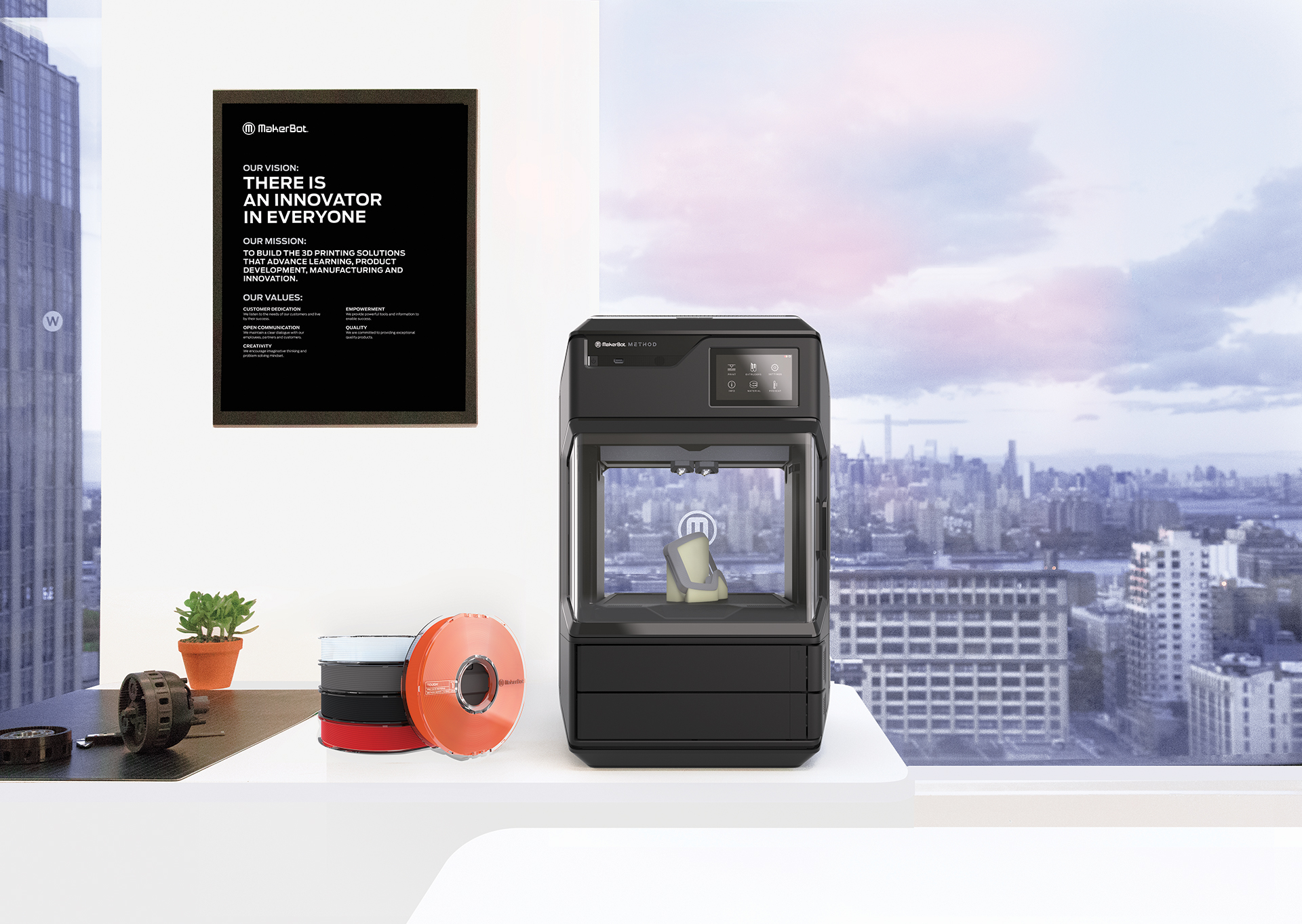 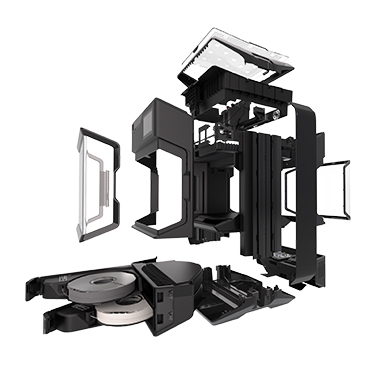 How has the use of KeyShot at MakerBot changed over the years?
KeyShot was originally only used internally at MakerBot, mainly during presentations to show new product concepts to leadership. Around the time of the launch of the 5th generation of printers, we started using KeyShot renders in outward-facing marketing. While we still use it in tandem with actual photography, it has proven to be way more effective in certain ways. For instance, we can maintain consistent lighting and environments when launching additional accessories, bundles, and additional products within a family. On very tight timelines, sometimes it just isn’t possible for the marketing team to have access to the physical products early enough to get the photo/video assets they need and KeyShot helps bridge that gap.

How does KeyShot help you communicate product features?
As the internal technology of our printers has advanced dramatically, we’ve started incorporating exploded views to be able to display all the hardware that exists under the surface. A lot of these shots would just not be possible with standard photo/video. The KeyShot animation tool, which we only familiarized ourselves with last year, has proven to be relatively simple to use and effective. We’ve started incorporating it into the vast majority of our video content.

KeyShot allows us to draw attention to some of the more complex engineering achievements that would otherwise get lost in the shuffle.”

How did KeyShot help create visuals for the Method 3D printer?
KeyShot was used every step of the way for the Method 3D printer. At the very beginning of the conceptual phase of this printer years ago, KeyShot allowed our industrial design team to communicate our product vision to leadership. As we got closer to the product launch, we were able to create incredibly hi-resolution renders of the printer and accessories that are used on our website and online store, in event booths, and elsewhere. KeyShot allows us to draw attention to some of the more complex engineering achievements that would otherwise get lost in the shuffle. KeyShot animations are also featured prominently on the onboard UI of our printer. Loading material, swapping extruders, and other tasks associated with 3D-printing can be daunting to new users and animations that visually show the components make the information easier to comprehend than blocks of text involving technical components. 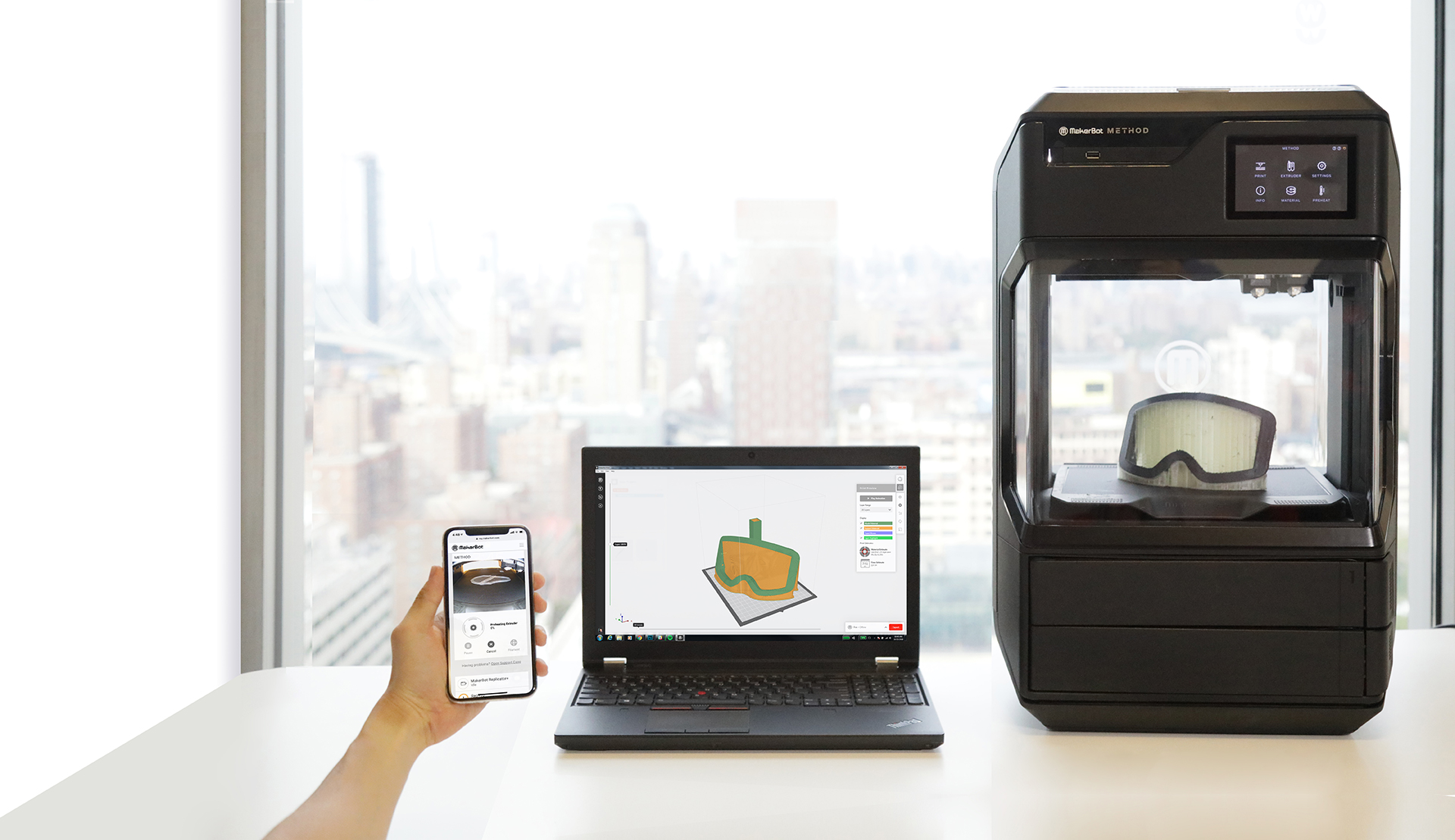 How has KeyShot helped save time, money and/or improve quality?
In the past, we’ve relied on hiring outside resources for video animation content. It is extremely expensive and the timelines are way longer than we’d like. You also don’t get to maintain as tight a grip on the creative direction. There is nothing worse than waiting weeks without being able to see the direction/progress and getting back something that looks awful and doesn’t fall in line with the brand. We are now able to take on the vast majority of this work internally which saves an incredible amount of time and money, and also allows us to have many more cycles to iterate.

Do you have an interesting story about the visuals created?
When we were launching our Replicator+ a couple years ago, we hired an outside SFX firm to create some video animations of the printer. The quality of the videos was so poor that we decided to scrap the concept altogether and rely solely on actual filmed footage. An old co-worker saw the new Method launch video and reached out asking which SFX firm we ended up using this time since the video came out so well. He absolutely could not believe it was done internally by a team of two people! 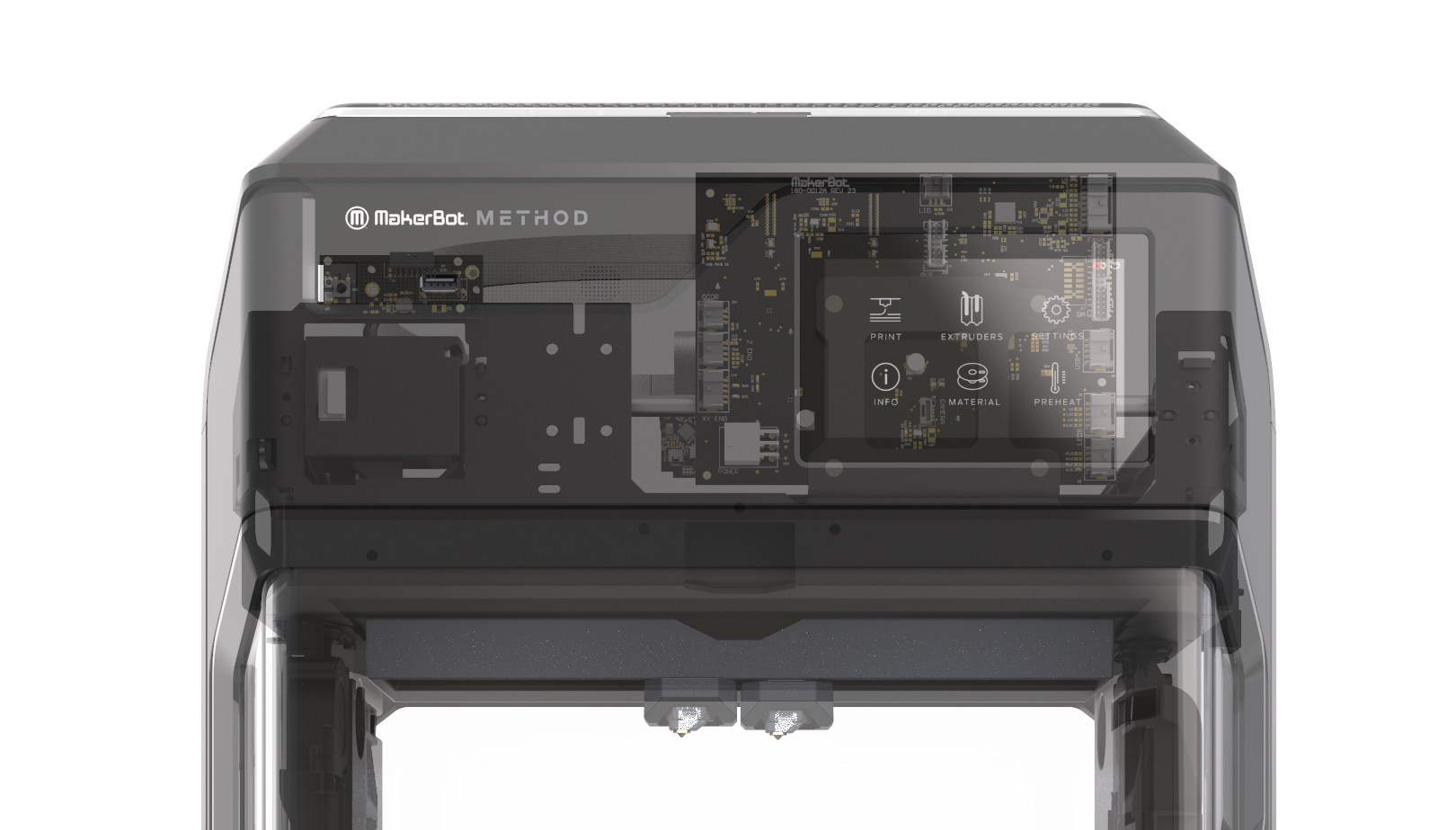