The hum of an energy field. The delicate movement of a tail fin as beams of light blast forth from a spacecraft. The rhythmic crush of color cutting motion into your mind, and the equally breath-taking depth of the darkest material reflecting every detail with perfection. There’s a lot that could be said about the work of Simon Williamson and more that can be captured by looking upon it. He has mastered the immobilizing feel of complexity that captures the imagination. He uses KeyShot to make his models come to life and we talked to him more about his inspirations, his process and how KeyShot has helped.

Originally from England, Simon’s focus has always been within the field of Industrial Design. He is a graduate of Newcastle Polytechnic (now Northumbria University) and holds a Masters in Design from the Royal College of Art. Before teaching full time, his range, professionally, included the design and manufacture of his own line of desktop, consumer goods; product development of toy concepts through to the prototype phase, (including major action-figure brands as GI Joe and Star Wars); as well as toy inventions. “Within this vast scope, I always maintained a high degree of detail, whatever the project, and thoroughly enjoyed making things, physically, which I believe gives designers an inside edge and depth or awareness to the many levels that define the multi-faceted realm of product design.

While working with frog design, in California, Hartmut Esslinger’s mantra was clear: “ideas are the notes, but model making is the orchestra”. Having always leaned towards this philosophy myself, I have employed elaborate models to test out ideas and it has given me greater insight into each and every phase of design. Of the many designers and artists that I admire, the one that stands above them all as far as inspiring me on a professional as well as personal level is Syd Mead; as an imagineer, his style and brand of futurism is most unique and smartens even the most mundane object. Now, as an Associate Professor at Wentworth Institute of Technology Department of Industrial Design in Boston (WIT.edu), I teach studio classes, 3D visualization and intermediate CAD. As a Professor, each day inspires me; working with students who are excited to learn and search out new opportunities is very rewarding and makes it all worthwhile!”

“Flow of parallel modeling and rendering” 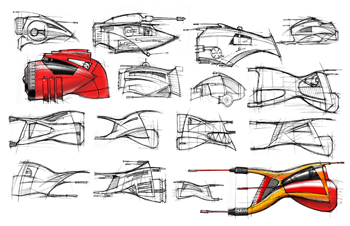 Simon mostly uses Rhino for his 3D modeling and sometimes SolidWorks, but has been influenced over the years with experience in other software, such as animation with Maya and sculpting with FormZ. His process matches the iterative development, complemented with the addition of simplicity to offset and highlight the form and dramatic detail built into his designs. “I work in a fairly speedy process which I call “flow of parallel modeling and rendering”, meaning I work to a specific stage of a CAD model and then render it up (with many views) to get a better sense of the forms, proportions and details, much like building a highly detailed prototype. (I really like to get inside it all.) Then, I wind up with a progressive series of CAD models and corresponding images. It’s a complex world that I like to build from a simple start: “Start simple and add more and more simplicity”, ending up with a fair and satisfying degree of complexity. The combination of Rhino and KeyShot allows me to suggest a clean, colorful, energetic, pristine new world where nothing is old and beaten up. And, KeyShot really helps to keep it clean and fresh.” 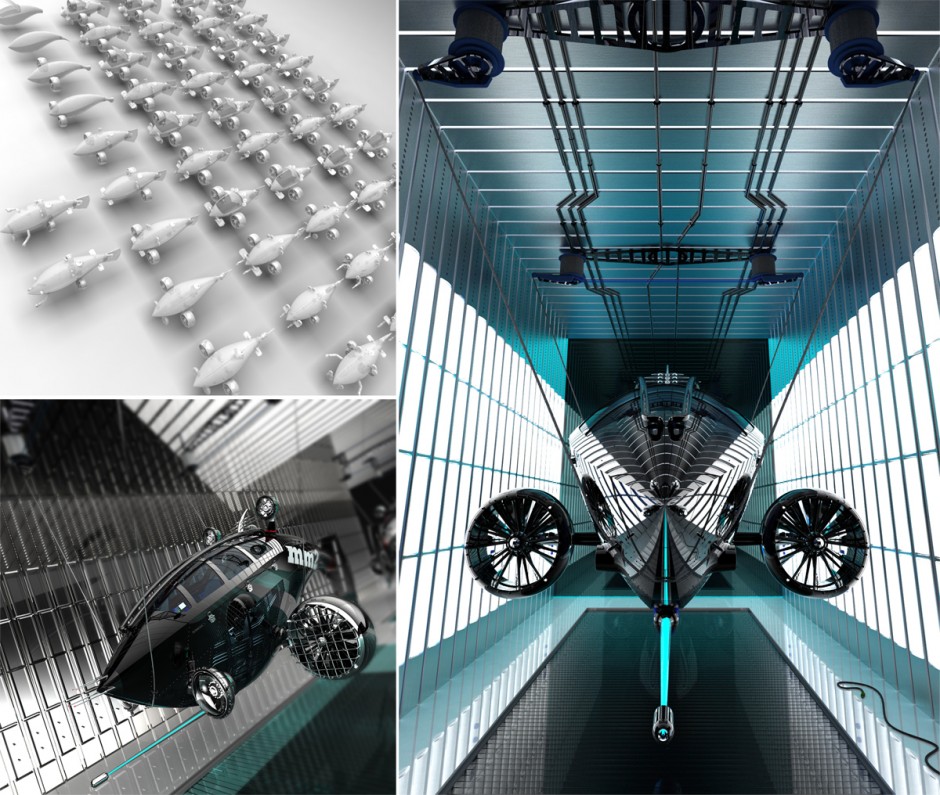 With KeyShot, you can begin on an elementary level and progress rapidly, resulting with very sophisticated effects. It takes an awful lot of model complexity to bog down KeyShot… it holds up so well it’s downright phenomenal.”

Simon came across KeyShot when searching for a rendering package to compliment the Industrial Design CAD progression at Wentworth. “It involved testing and trying many different packages. Ultimately, I was sold on the speed of the set up, the real-time render window, the stability, as well as the reliability and intricacy of the results. With KeyShot, you can begin on an elementary level and progress rapidly, resulting with very sophisticated effects. Also, it takes an awful lot of model complexity to bog down KeyShot, (whereas other programs get overwhelmed with less detail, much more easily); it holds up so well it’s downright phenomenal. And, since we needed a package that would help the students create fabulous images of their designs, and not get them frustrated or stifled by (getting in the way of) the complexity of the interface, KeyShot more than fit the bill and has proven to be a real winner!

The class I teach is CAD and there was no time for self learning the rendering component. KeyShot was perfectly suited to the (job) class: painless to pick up; simple to set up; and a wonderful aid to creating beautiful, visual output with extraordinary results. As with any design professionals, the students needed to focus on the process of designing products rather than obsess over the workings of a rendering tool. In other words, the program needed to support the agenda and not get in the way of their creative process. KeyShot does just that, and, so much more.” 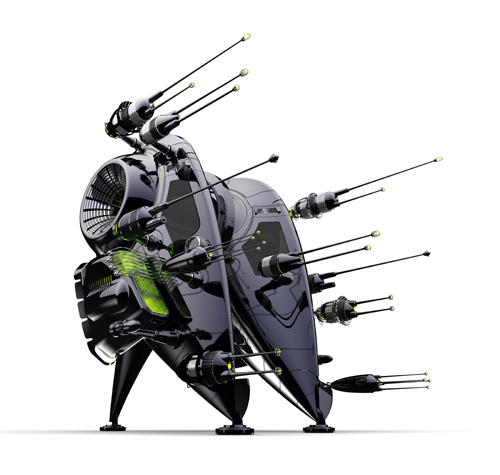 Along with that, he has found KeyShot to be a tremendous value in terms of saving time setting up the image, due to the simplicity of the procedural workflows. “Personally, after dragging the model into the live preview frame and applying some standard materials and textures, and deciding on the environment, most of the work is already done. Passing this on to the students becomes very straight forward. The next stage of getting them excited about the possibilities of a quality render is a natural outcome. It’s the “Pow” factor. Exploiting all that KeyShot has to offer, it’s then time to go deeper with the final adjustments, like material and environment creation and editing, camera settings and lens effects. We have a massive, 24 CPU Mac – and I love to test the possibilities, set up very complex images, pump up the pixels, set the max time to multiple days and let it go. Then, when I come back after a long weekend, it’s like magic, the “Pow!””

With Simon being a Professor, we couldn’t help but ask if he had any advice for Industrial designers or tips on using KeyShot. “It’s difficult to keep it to just one piece of advice. Here’s what I tell my students: Keep practicing – (seems obvious), and look at all the fabulous images out there for inspiration! Focus on composition; imagine that everything you are modeling and rendering really exists; and envisage that you are physically setting up an actual photograph. Use the material templates to save time when correcting or making adjustments to a model before you re-import and rely heavily on the render queue feature. Give each image plenty of times to render: don’t undercook! And, set up multiple renders the very last thing at night; then, go to bed, and wake up to witness the magic!”

You can find out more on the Behance portfolio Wentworth Institute of Technology Department of Industrial Design program at WIT.edu. You can find more work from Simon on his Behance Portfolio. 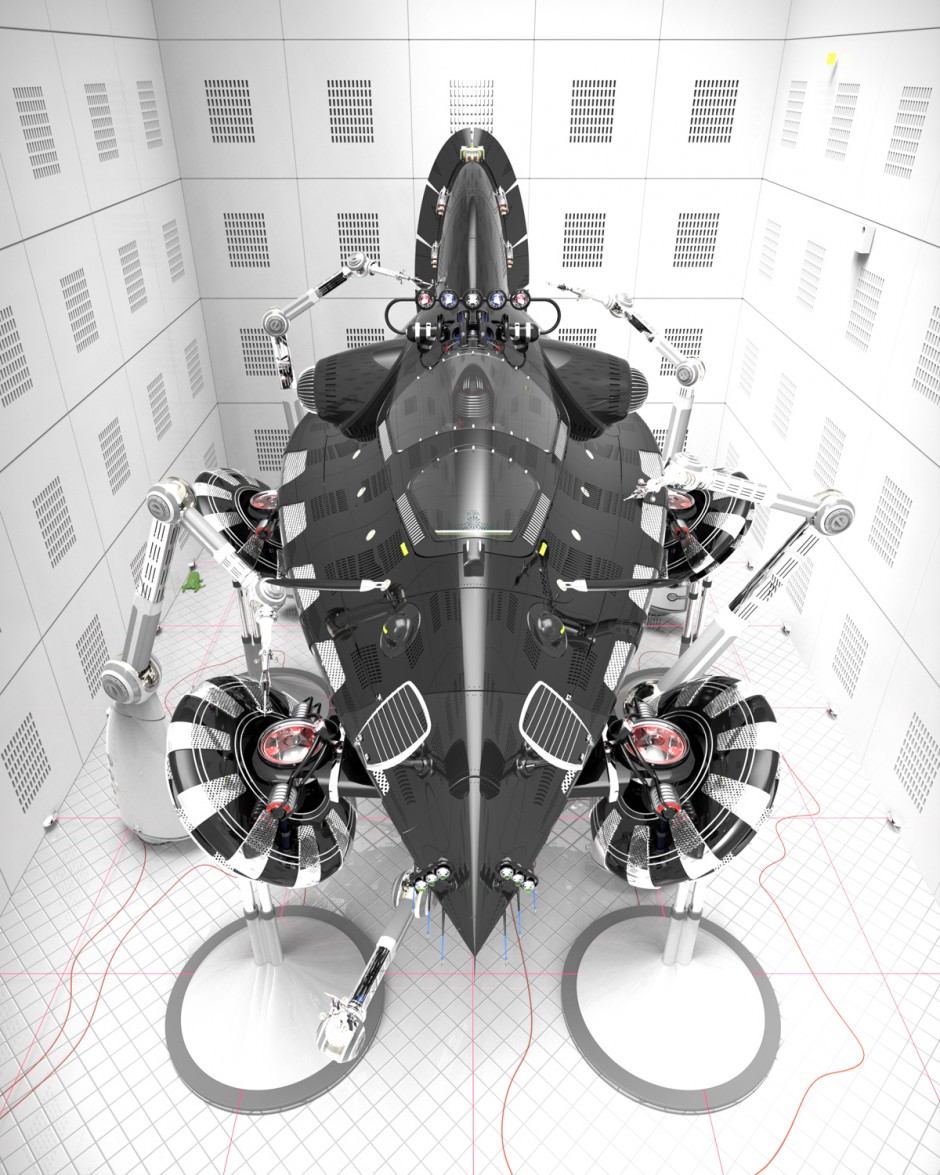 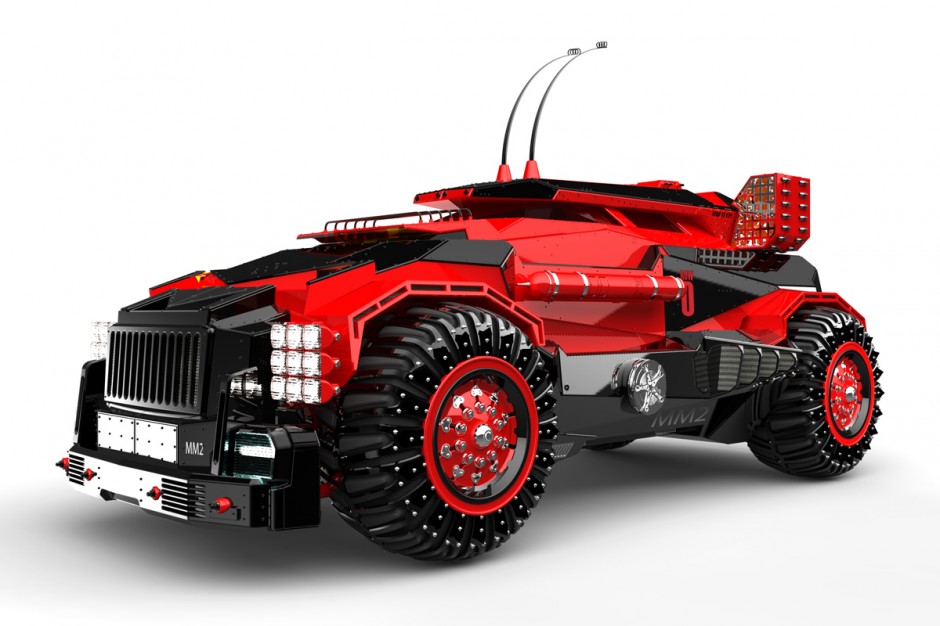 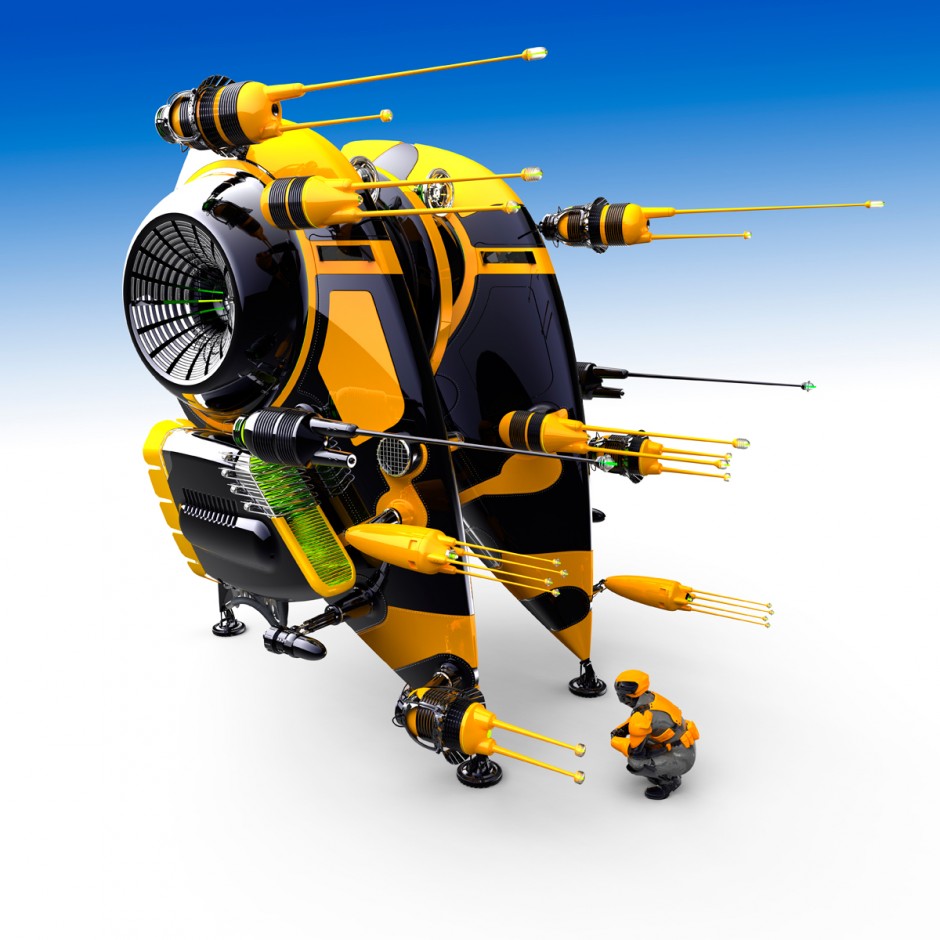 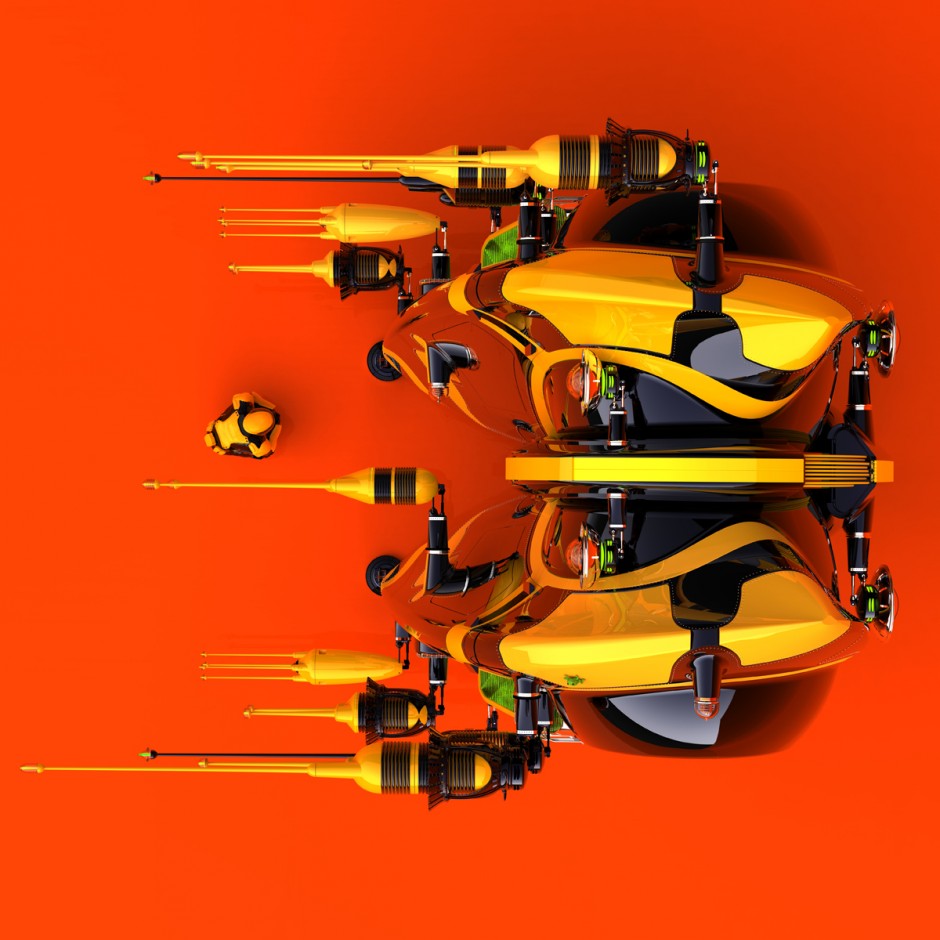 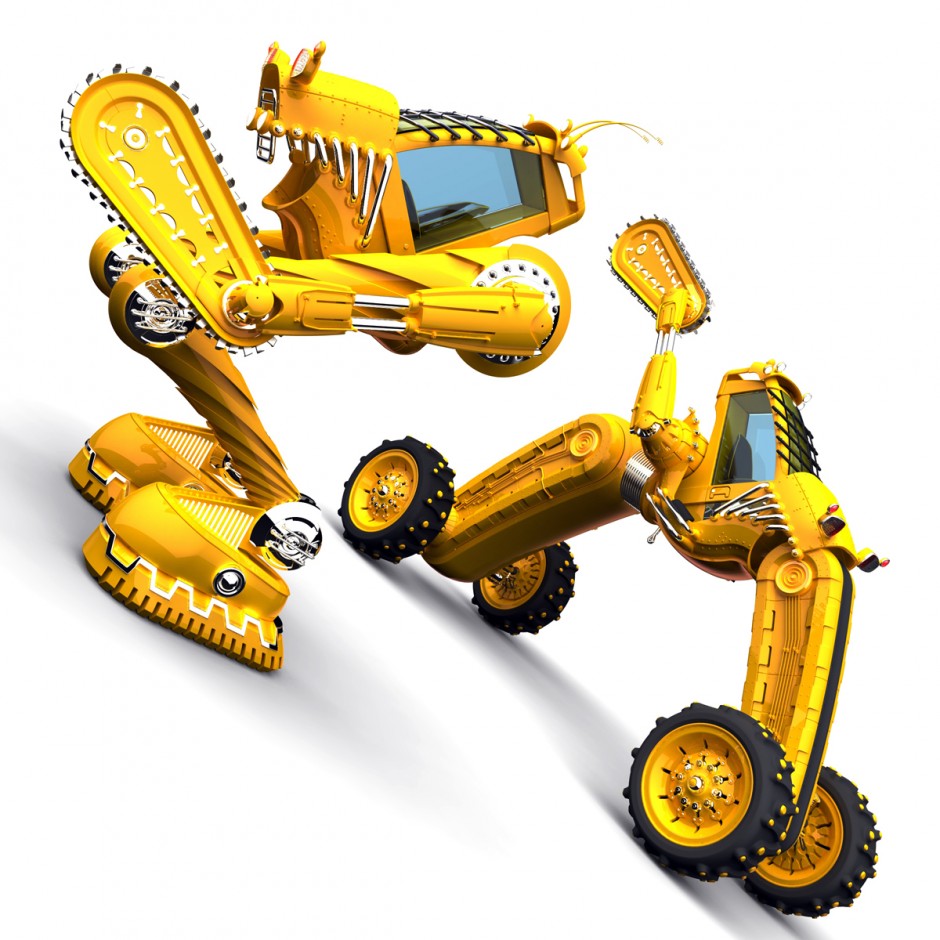 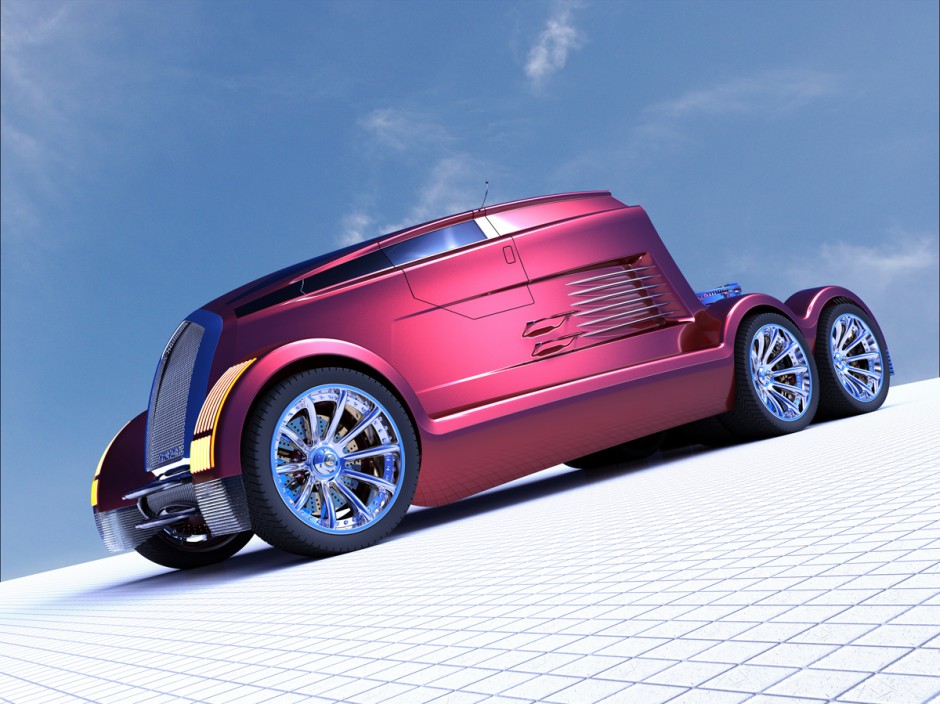 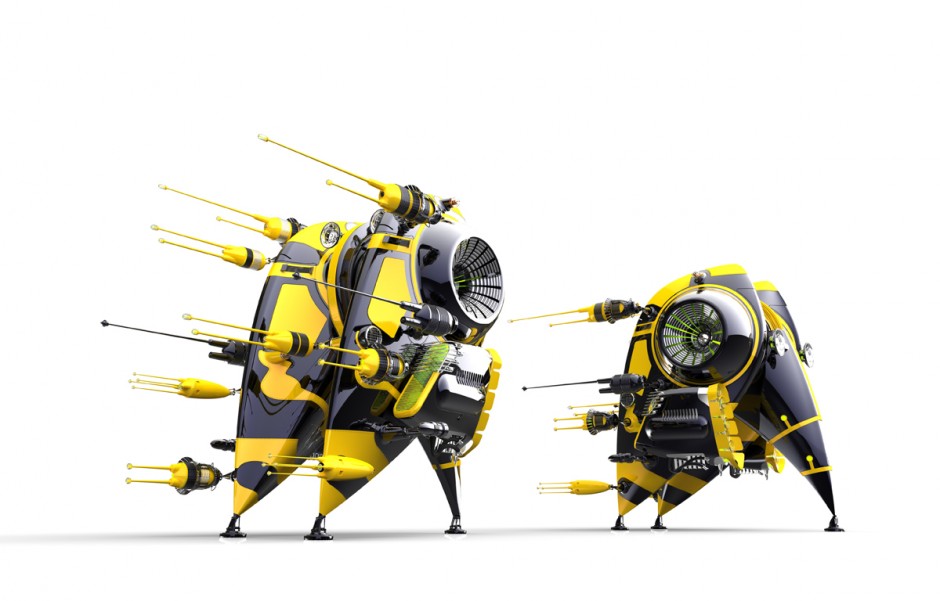