What first sparked your interest in digital concept art?
I believe the first spark was struck when I attended the Polish Academy of Arts in Cracow. Using computers daily, introduced technology to my work. It became a tool for me, just as a brush or a pencil. I remember my first attempts at Photoshop. The possibilities regarding layering were breathtakingly endless. In those days, computers weren’t exactly an ubiquitous item here in Poland–Many of my fellow students kept their distance from it all.  I was bored stiff by traditional engraving courses, so I would often skip those and spend hours in the computer lab.

I could sense the potential computers had for creating visuals; How full of creative possibilities. My first one was a Power Macintosh G3. This was around the time when Pixar produced their first short movies Angry Birds and Geri’s Game, just after Steve Jobs had bought Pixar in 1986. Those shorts made a huge impact on me. From then on, I knew creating 3D graphics was what I wanted to do for a living. The next breakthrough came when I saw the Final Fantasy: The Spirit Within. This movie had shook me real good. I had been studying photography at the time, focused on finding a renderer which would allow me to create a virtual photo atelier. My graduation work was a mix of photography and 3D rendering. It was called Twelve Dreams and consisted of female silhouettes in surreal surroundings.

What are some highlights throughout your career?
The most important phase of my career started when I became a Character Artist for a game development company. I found being an important part of the whole creative process – from a concept drawing to a moving, lifelike character in a game – very interesting. It’s truly an adventure. When I started to design characters, my interest in rendering ignited. I kept looking for a renderer which would allow me to preview every part of the process. Real-time renderers are a tool craved by every artist in my branch. KeyShot is perfect for such purposes. When used wih ZBrush, it makes assessing the effects of one’s work with a single click possible. It’s great for making photorealistic renders. It’s like owning a neat little photo atelier. One can snap photos of work in progress and consider what yet to be perfected.

What would you say is unique about your approach to a project?
I treat my whole body of work as a sketchbook. I also treat every attempt very differently. Sometimes it’s about making an idea in my head come true. Sometimes it’s about testing the limits of a tool. Such approaches proved to be very helpful in the professional area. This kind of workflow is also great for designing characters in a game. Take Shadow Warrior 2, for example. Some of the female models from this game were created as hi-res 3D models first, painted in Photoshop. After finishing the hi-res model in ZBrush, I am able to prepare the object to be exported for the game. The Concept Artist helps me with that, of course, but the character’s facial features and body shape are up to me. What is truly unique about my work? Its main theme I guess, which is a study of a female character.

What is your primary 3d modeling software? Why?
Mainly ZBrush. With ZBRush 4R7, I have all the necessary tools of my trade in one program. ZModeler is great for sculpting, ZRemesher for retopology and the ZBrush to KeyShot Bridge for one-click rendering.

Where in the process do you use KeyShot?
Every step of the way. That’s KeyShot for you.  I use it while modeling to preview the sculptural values of the model that I’m working on. I can use natural or studio light to do so. It’s important to assess the model’s quality in this early phase. KeyShot enables that. Next, I use it after I’ve painted the model to make sure the texture base looks flawless. I let myself loose at this stage, trying out as many positions and light sources I can think of. The camera positioning, which mimics that of a traditional camera lens, is important as well. As I mentioned earlier, KeyShot is a digital photo atelier for me. The only difference is that instead of a photograph, I get a render which then gets uploaded to my site.

KeyShot’s most valuable feature is how it enables you to preview every stage of the current work, fast, as it would appear rendered out.”

What makes KeyShot an important tool to have?
Honestly, this tool needs no advertising. Every Character Artist out there will tell you the same–It’s good to have KeyShot up your sleeve. KeyShot’s most valuable feature is how it enables you to preview every stage of the current work, fast, as it would appear rendered out. We gain access to a vast library of materials and lights with KeyShot along with my personal favorite tool, the HDRI Editor. One can have a lot of fun with KeyShot. Rendering is crucial for a CG Artist and I truly believe that KeyShot is a must have for every one of them.

What advice would you give to someone interested in doing what you do?
I don’t see myself as a person suitable for counseling others–I am still learning myself, you know. I’m updating my workshop all the time. If I have to drop something worth quoting here anyway, let it be this: Keep moving. Do not stay too long in your comfort zone. Reach out and seek new things. Test them as much as possible. Search for the options that work for you. 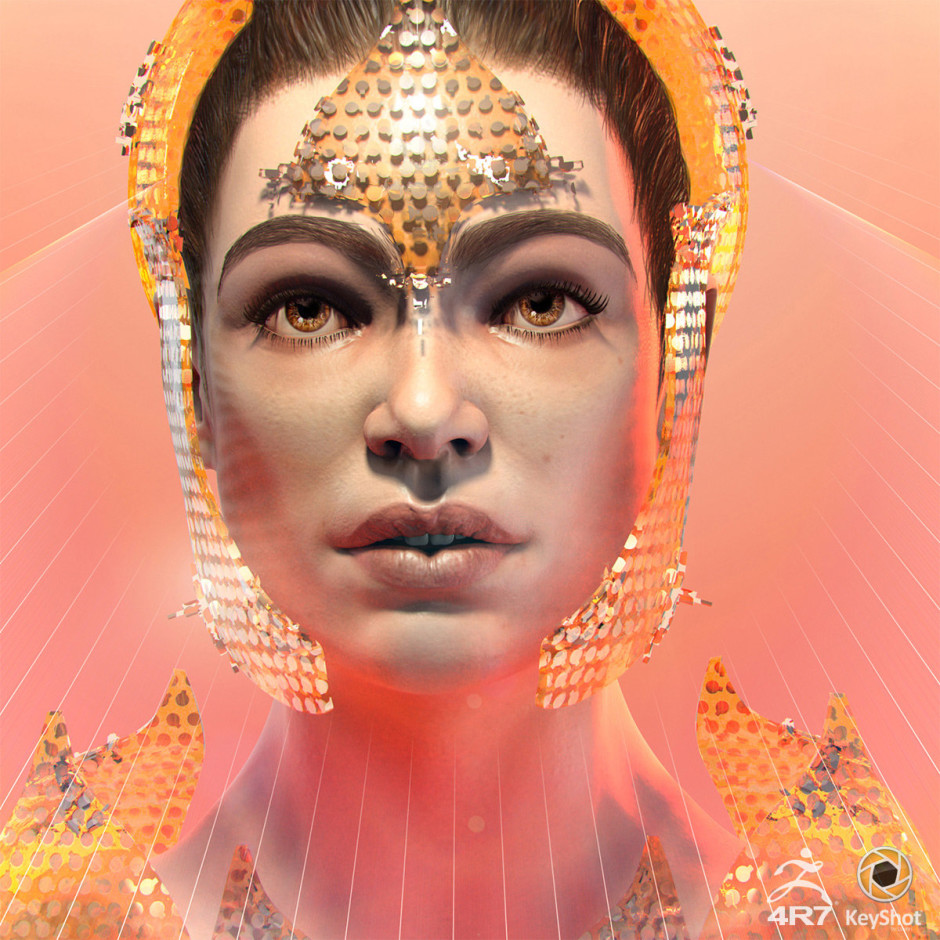