KeyShot has a deep history in the Media and Entertainment industries, with the technology behind KeyShot, developed by Luxion’s Chief Scientist, Henrik Wann Jensen, used in many movie for the accurate, realistic and unmatched lighting simulation and subsurface scattering it achieves. Many 3D artists have found that to be true of KeyShot. Marco Di Lucca is a CG Artist from the San Francisco Bay Area and among the best in the industry when it comes to digital sculpting, lighting and rendering. With a long history in CG visuals and an exacting eye for detail, he brings out a level of realism that is jaw-dropping. We talk to him about how he got into the industry and how KeyShot has helped his workflow.

With the detail and perfection that Marco puts into his work, you may think his interest in art goes back to early talent from his childhood, but it didn’t begin that way. “Honestly, when I first started working in CGI I wasn’t really into art.” Marco says, “During my teens, my studies were about architecture, so my first approach to CGI, if it could be considered as such, was with CAD software related to architecture. It wasn’t my choice actually–it was kind of forced on me by my parents–and even though I did like some aspects of those studies, I never really thought it was the right path for me.” 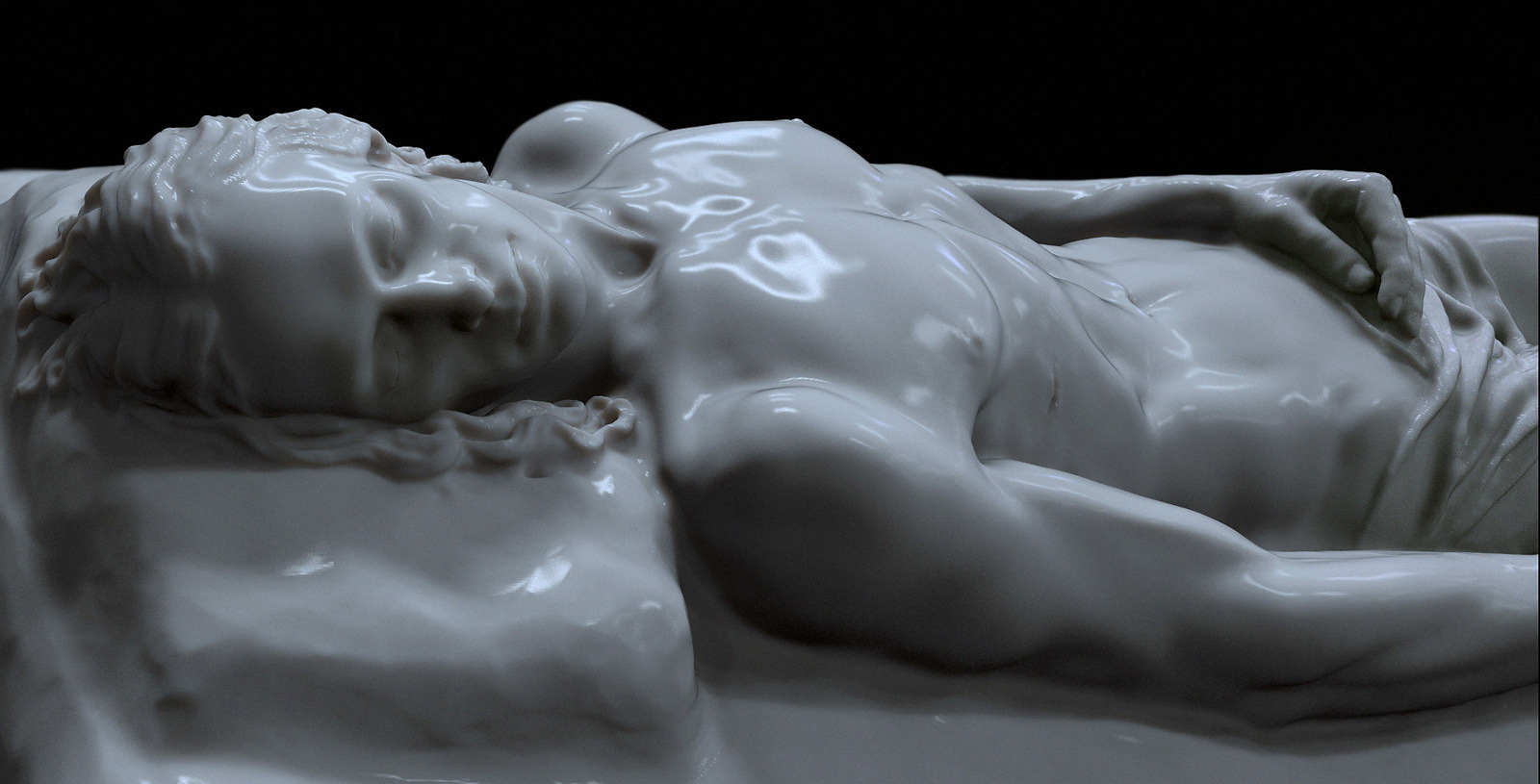 Back then, high-end CGI was mostly related to movies. Through magazine dedicated to showcasing the early use of CGI like in Tron, Terminator 2, The Abyss and Jurassic Park his interests grew. “I was so taken by the images of the ‘making-of screenshots’ in those movies that I started fantasizing about doing it myself one day.” Marco recalls, “It has been a long journey since. Baby steps at first, while living in Italy. Mostly because Italian cinematography didn’t require visual effects. There was very little market for CGI, so for a few years, I worked in TV commercials. I liked it, but it just didn’t satisfy that teenage dream I had.” 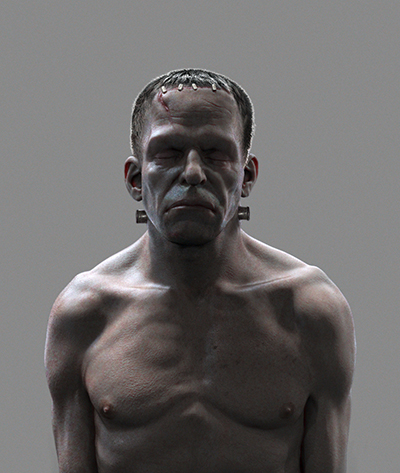 Everything changed in 2005 when Marco finally had the chance to leave Italy, moving to New Zealand to work at Weta Digital on Peter Jackson’s remake of King Kong. “From that point on, the interest in art grew on me. I was exposed to so many talented people and started feeling that I was lacking in traditional art background. I’ve always liked drawing, but prefer organic shapes over the boring, straight architectonic lines. I definitely felt the lack of knowledge in anatomy, for instance, would have helped a great deal in the modeling and sculpting of organic forms. So, I decided to study on my own while working and growing my experience in the film industry. I also started reading and observing the work of my favorite artists from the past, most of which are fellow Italians. If I could go back in time, I would rather have gone to an art school for sure, but as reality unfolded before my eyes, the teenager dream, through passion and dedication, eventually became true.”

With the majority of the VFX companies basing their pipeline on Maya, Marco says Maya is his main 3D modeling package, although prior to his experience in the movie industry, he has been a Softimage user. In addition to Maya, he makes extensive use of sculpting software like Mudbox and/or Zbrush.

KeyShot gives you impressive images in very few clicks. The time saved through the development stage of the idea, makes it ideal in an industry that requires fast turnarounds…”

Marco doesn’t find his approach to a new project particularly unique, but a series of steps to get to a specific result. “Most of the times my goal is to produce a still image. I usually approach whatever idea I have in my mind by trying to sketch it on paper (or digitally) first, then sculpting forms in 3D, playing with layout, pose, composition, etc. At this stage the idea start to become more concrete than it was originally and I can start adding more detail.”

“Because of this, KeyShot has been a big life changer. During the first steps, I can export sculpts and evaluate forms and shapes quickly under different lighting conditions then go back to sculpting and tweaking where I see work needed. In Mudbox and ZBrush you usually tumble the model around looking at it from all of the possible angles as you sculpt it. You also have lights you can move around to aid in form evaluation, but I find it very limited and prefer to use KeyShot for those evaluations. Even on an unfinished sculpt, the use of physically accurate materials available through KeyShot gives you impressive images in very few clicks. The time saved through the development stage of the idea, makes it ideal in an industry that requires fast turnarounds and even for my own personal projects.” 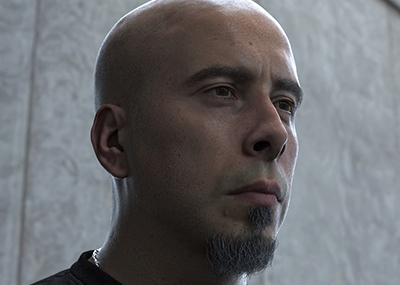 The most interesting and somewhat challenging project Marco has worked on using Keyshot is his own self portrait. “Although I didn’t originally planned it, I have always been interested in reproducing reality through the use of CGI and even more, reproducing a human likeness. It had always captured my interest and had always been a goal I wanted to achieve some day.”

“It’s not the first time I’ve approached the challenge, but there has always been something that looked wrong and fake about the end result with all the others. The technology just wasn’t there yet regarding the simulation of the appearance and rendering of translucent materials like the skin. We look at each other all the time, so it’s very easy to spot what looks fake, or rather, not believable to the eyes.”

“When I discovered KeyShot last year and I tried the translucent material the first time and also got to know who was the mind behind it well, Dr. Henrik Wann Jensen. I was the happiest person on earth (I know it sounds very nerdy). I knew about Henrik and his research on skin shading, but I always found his papers impossible to understand, much less to implement into a shader with my limited programming experience and understanding of the physics behind the algorithms.”

“During the development stage of the self portrait, I had a chance to exchange emails with Henrik and show the first render tests with no texture. He was so excited to see KeyShot being used in what his years of research covered, and that excitement was trasmitted to me, pushing me to move forward with the project even though I never thought of taking it that far. It has been a great experience, both to interact with Henrik and to also have the support from others at Luxion. Despite the numerous and well received photorealistic renders, I still consider the project a work in progress as I would like to apply the new focused caustics feature to add that extra realism to the eyes and perhaps, when it becomes available, give my digital clone a hairdo.”

We asked Marco what advice he has for others interested in pursuing work as a CG artist. “One thing that I always tell someone who ask me about becoming a digital artist is, first of all, believe in yourself, in your capabilities and that dreams can indeed become true. Having that mindset doesn’t mean it will happens on its own though! You have to work your way through it and you have to be extremely determined and passionate about it. Eventually, that passion and determination will show up through your work. Be sure, it will be recognized by other. Always challenge yourself, never be happy with the work you have done and always seek ways to improve your skills and your work by spending time on it. It is only through that, that you can make the difference.” 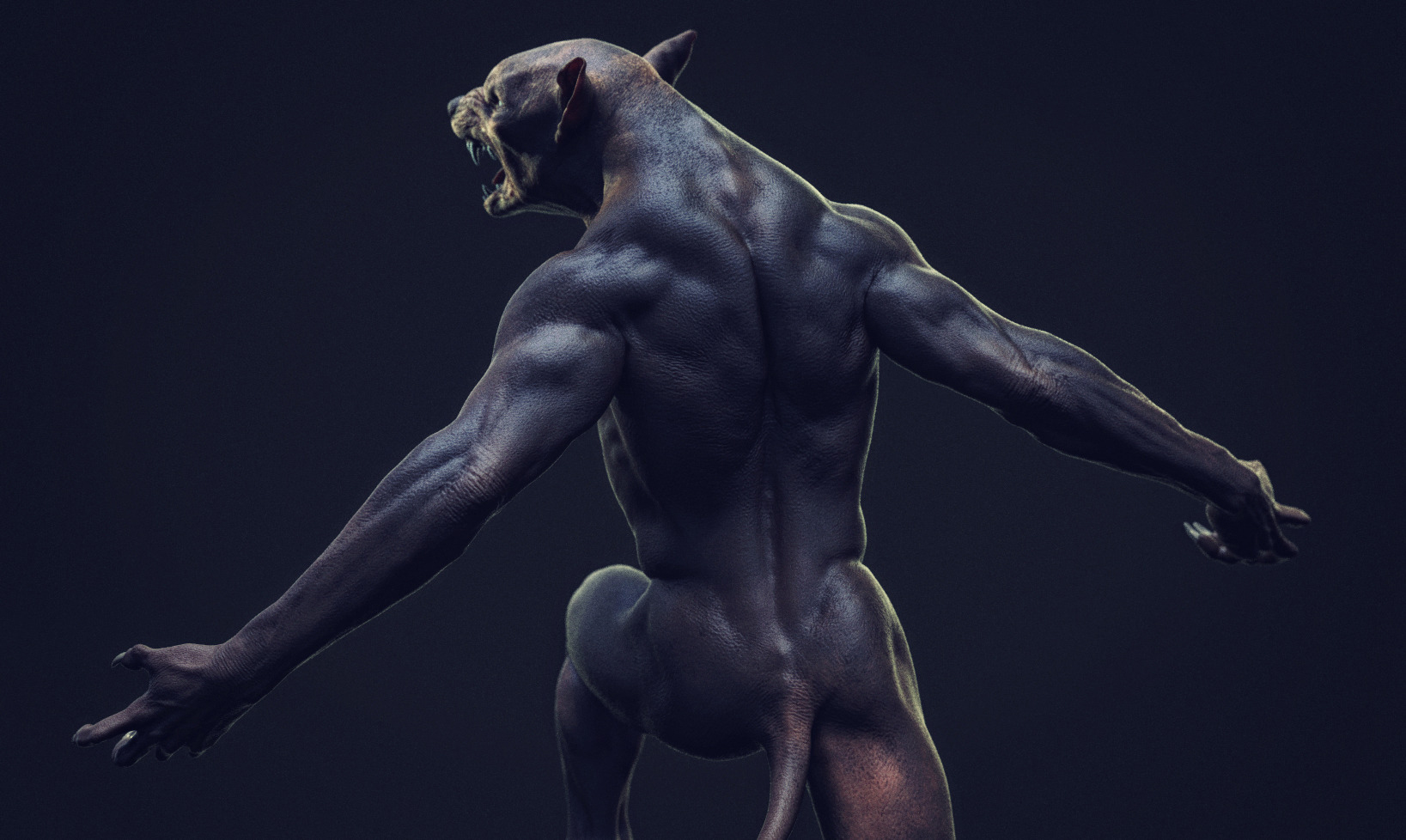 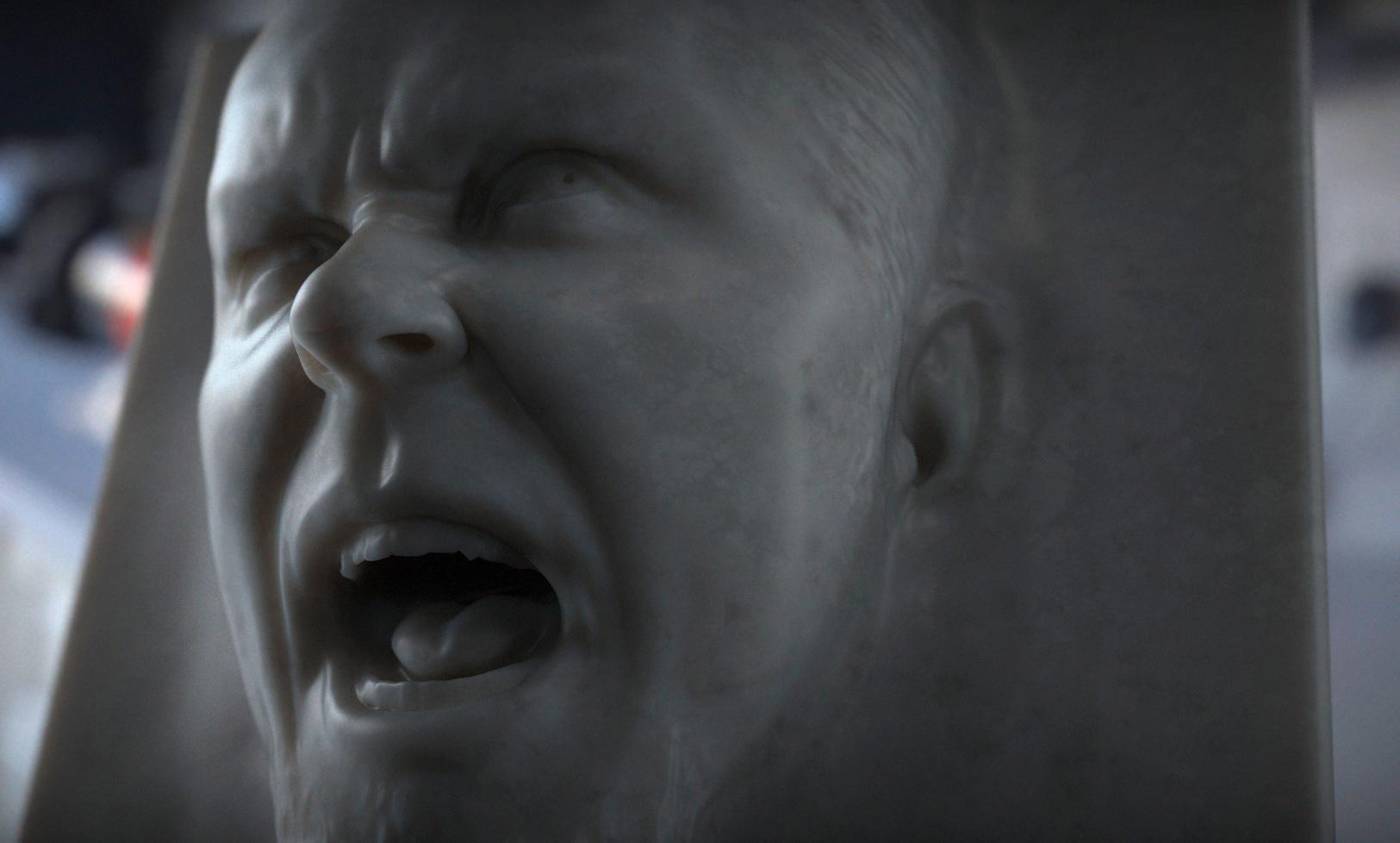 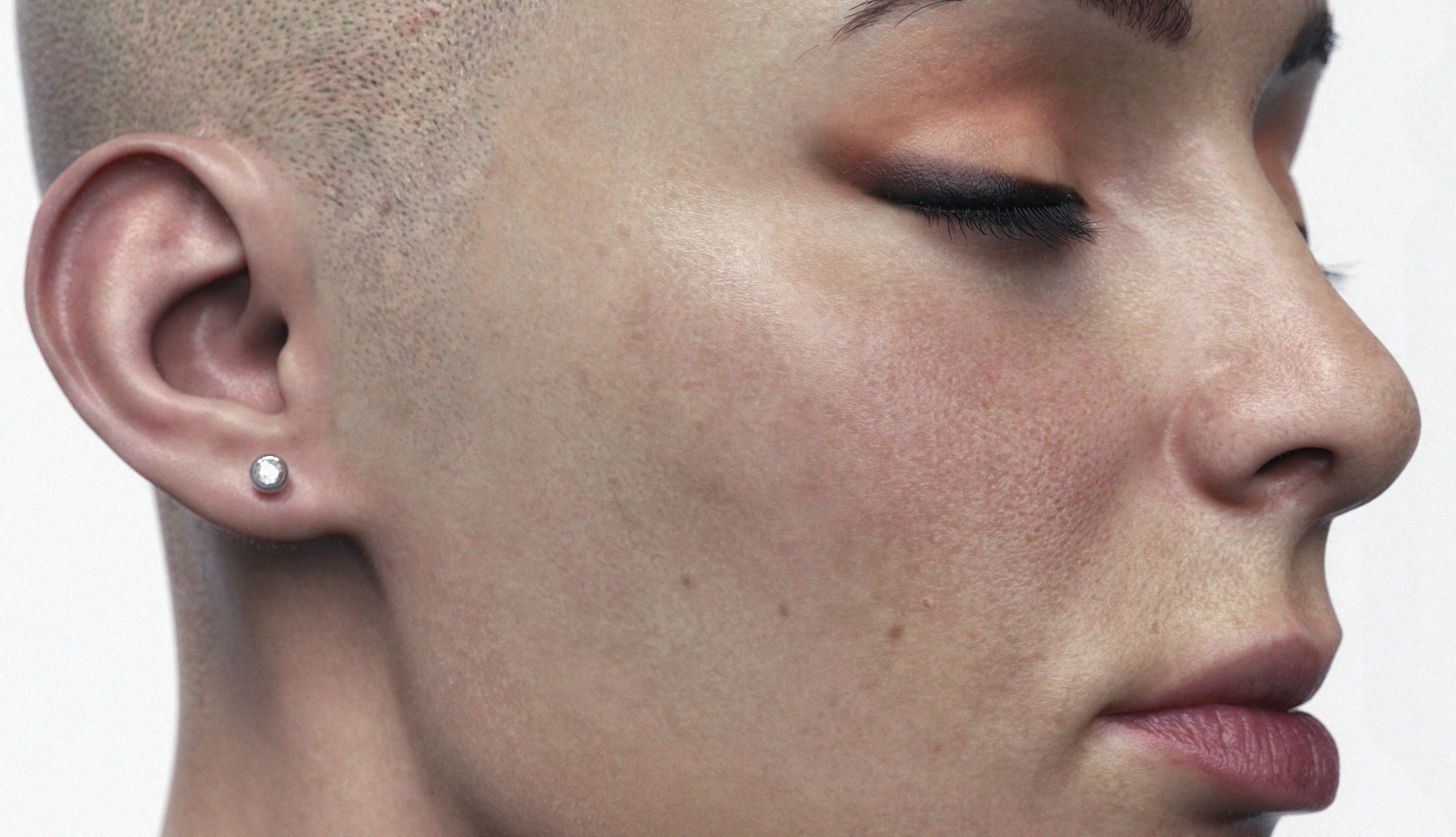