Kelton Cram is known for his work on films such as Teenage Mutant Ninja Turtles, Power Rangers, Ghost in the Shell and other great film and games. We talk more with Kelton to learn how he became a Concept Artist and why he uses KeyShot. 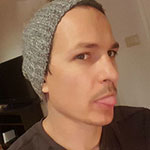 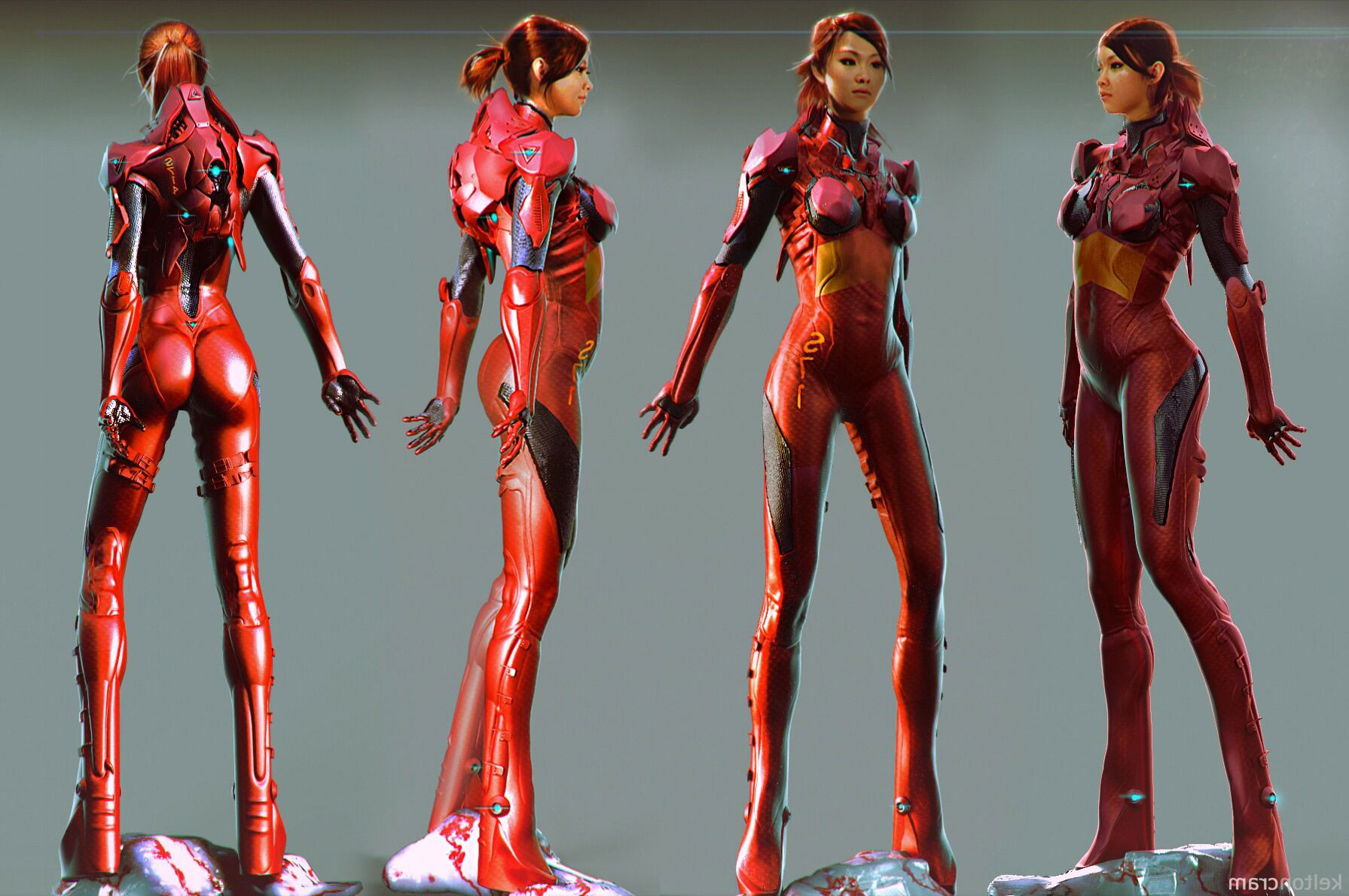 What sparked your interest in becoming a Concept Artist?
I basically wanted to be a comic book artist since childhood. I have always loved film and entertainment so, naturally, once I learned what a Concept Artist was, I knew that’s what I wanted to do. 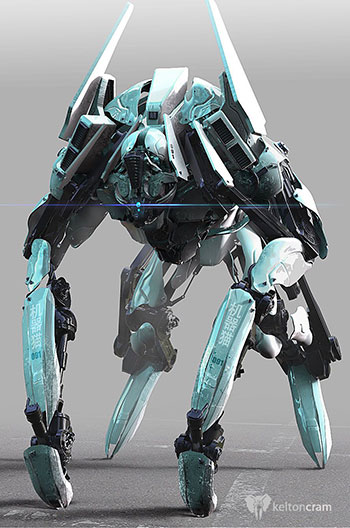 What was the turning point in your career?
There have been a few turning points. Going to school for 3D was the first step that lead me to an internship. Working on some of my favorite childhood franchises has been a highlight for me, namely TMNT–that was a blast. Later, leaving the studios and becoming a freelance artist lead to more opportunities and bigger roles on projects.

What is unique about your approach to a project?
I used to work in 2D about 75% of the time. Now, I mostly use 3D and then paint on top. The 3D is used to create a faster more efficient workflow, and helps with faster turnaround for image approval. My approach depending on the project specs. I almost always starts with research and a sketch, proceed to block out in 3D, render in KeyShot, then output to Photoshop to photo-bash and paint over.

What is your primary 3D modeling software?
I occasionally use Maya for polygon modeling, but use ZBrush most of the time. For 3D concept design, you have to produce results quickly, otherwise it defeats the purpose of using 3D in the first place. If I were using 3D for production art, I likely wouldn’t have to rely as heavily on speed. 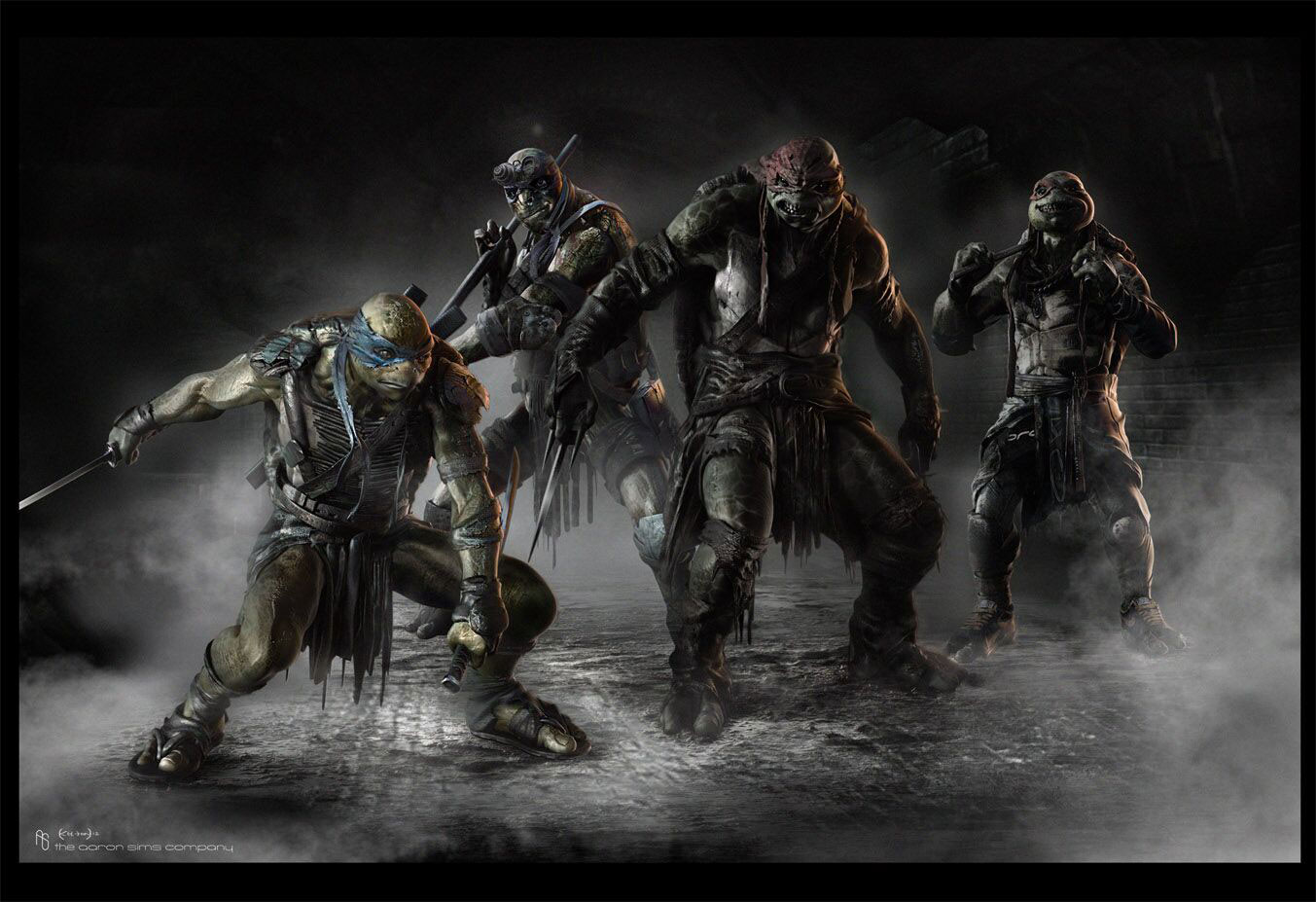 Where in the process do you use KeyShot?
For the renders. Over time, I’ve become more familiar with the software, like which materials and lighting scenarios I can combine for specific results. These renders are output before I move to compositing the image in Photoshop.

Without the real-time renders of KeyShot my entire workflow would be nonexistent.”

What makes KeyShot an important tool?
Speed, speed, speed. Without the real-time renders of KeyShot my entire workflow would be nonexistent. I started using KeyShot in its earlier stages around 2011–it was amazing then, and continues to get better.

What advice would you give to someone interested in doing what you do?
Having a foundation in traditional art is invaluable, as is attending a good 3D/design school. Of course, networking is critical. In my opinion, the sooner you know exactly what you want to do, the faster you can achieve it. 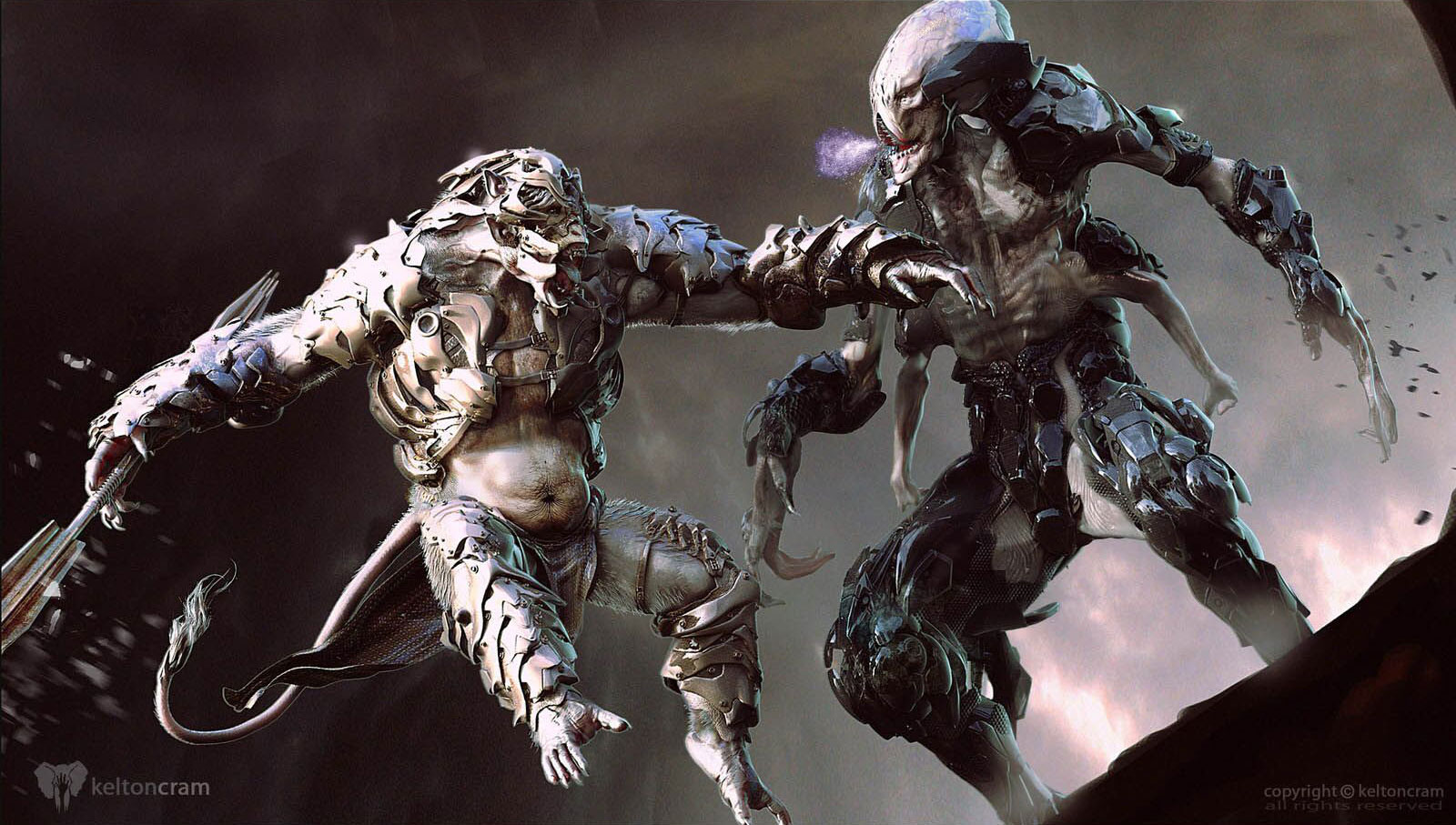 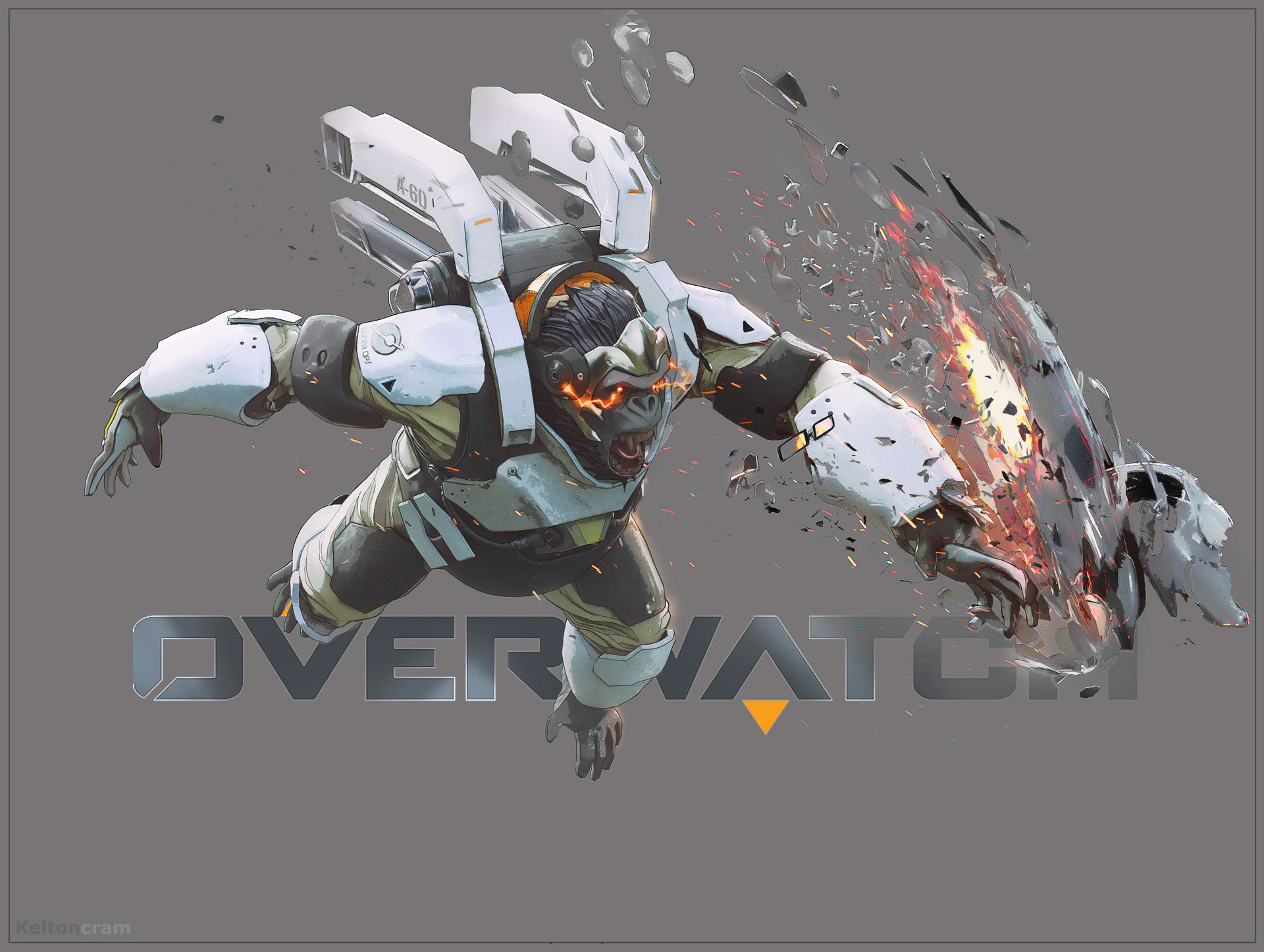 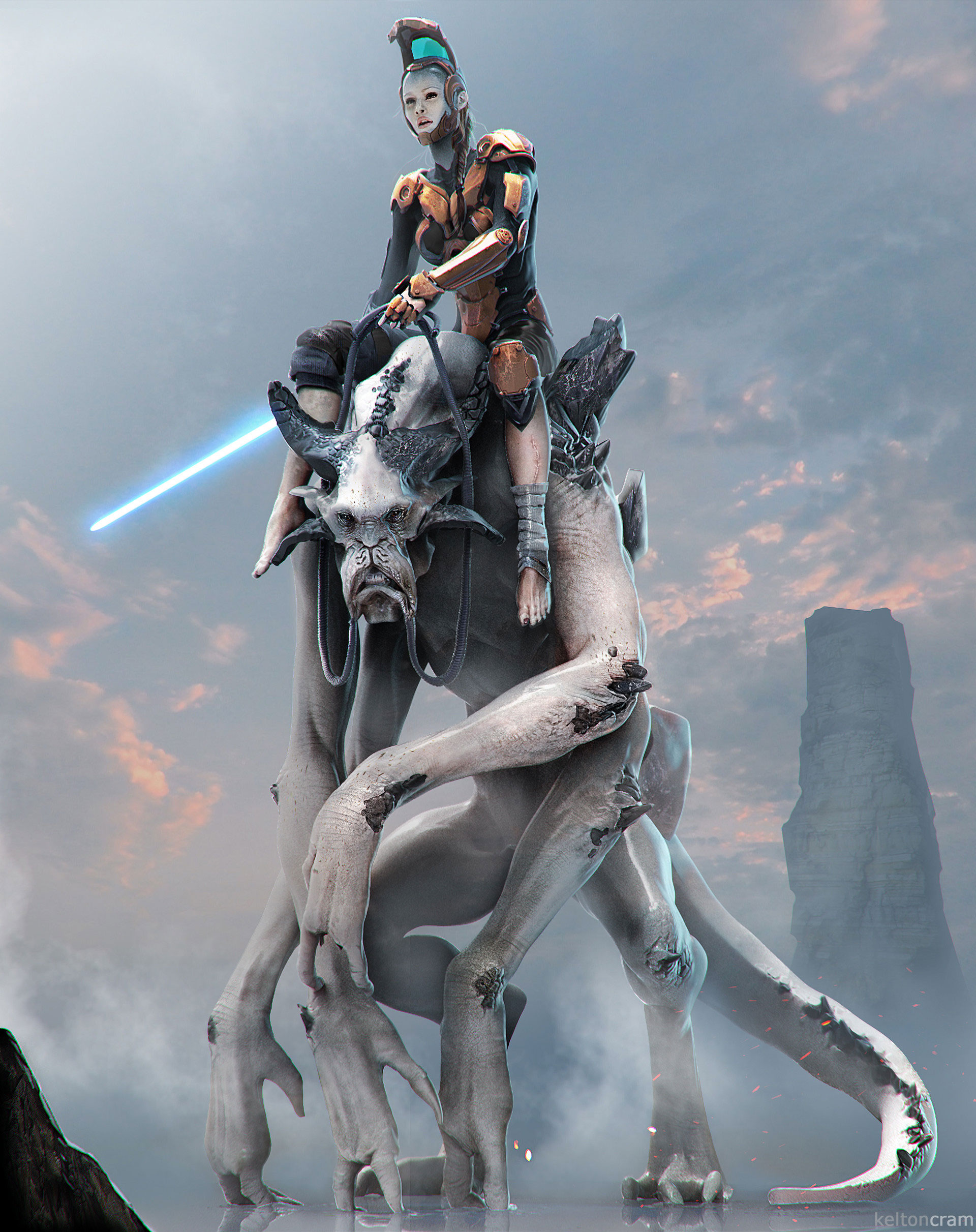