Jakub Kowalczyk is a Senior Concept Artist and Illustrator at 11 bit studios S.A. based in Warsaw, Poland. With expertise in atmospheric design and environments, he’s been involved in all phases of game development for popular titles. He has a unique approach using Gravity Sketch and KeyShot that helps him deliver amazing in-game artworks and promotional illustrations. Here, we get a glimpse behind his inspirations, his process, and learn why Gravity Sketch and KeyShot complement each other along the way. 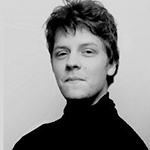 Tell us a bit about your design background?
I am a concept artist and illustrator working in video games. I have worked in game development studios for over five years now. I started off working for a car design company and then switched to game development. Main titles I worked with that were critically acclaimed were Frostpunk and This War of Mine.

Why did you switch from car design to game development?
To be honest, I’m not very into cars! So I think that was the main reason. When you create products that will exist later in reality, most of the time, you can’t push your designs too much–you’re restricted, limited. For me, much more design freedom is found in games. I’m interested in many things, others than cars, as well. In particular, I love creating environments. So, I find game development way more fun. 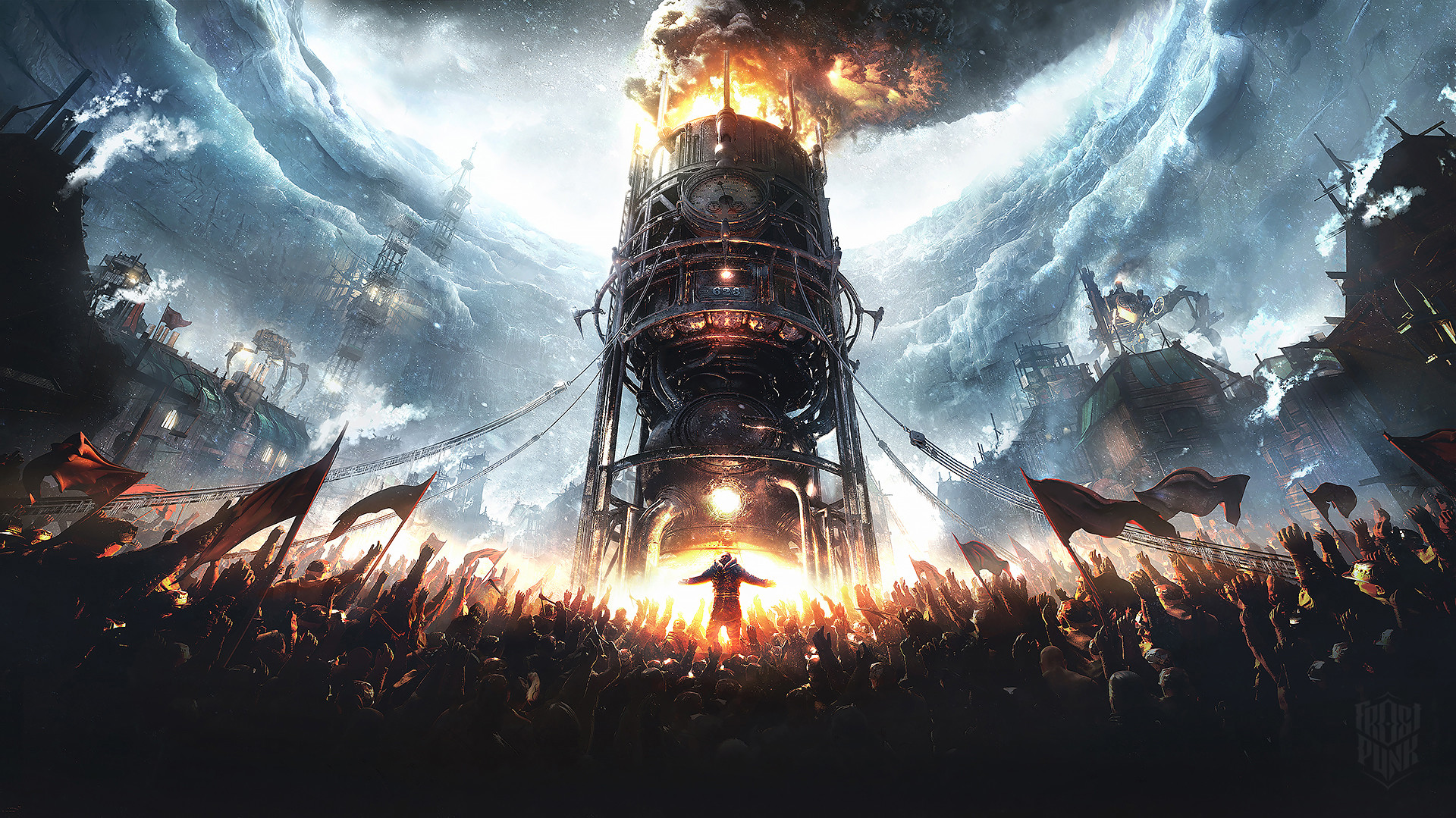 What inspires you?
I always try to find inspiration in different kinds of artistic environments, no matter the type of the final product. For example, there is so much beauty happening in nature where you can ‘borrow’ amazing solutions for your shapes, colors, and designs, but there is also the modern arts, which can be so interesting. There’s also music, films, and books. Anything that is unique is an inspiration for me, really.

What’s your workflow?
It depends on what I want to achieve. My normal workflow begins by looking for inspiration which is probably the most important part–surely it has the biggest impact on the final result. When I have enough reference material, and the idea of what I want to achieve is pretty much settled in my mind, I start to design. Mostly, I sketch in Photoshop, but for the last several months I’ve started to design hard surface objects from scratch in 3D using Gravity Sketch. Then, when I’m happy with the results and in need of creating an environment, I switch to a 3D tool, such as ZBrush.

Next, I bring all the models I’ve created together in KeyShot to set up the scene. This way I can check out my initial idea from all different angles and from all different lighting setups. When all the materials and lighting are set up, I prepare all the camera views and render them out. After the rendering is done, I jump over to Photoshop and compose each camera view with the render pass output from KeyShot. Finally, I paintover on each of the shots to make the most of them. Instead of producing one or several art pieces per day, thanks to this software workflow, I can provide people I work with dozens of overpainted renderings in the same amount of time. Plus, I can make any changes to the production artworks quicker and easier with the 3D scene, as opposed to applying changes to a 2D graphic. 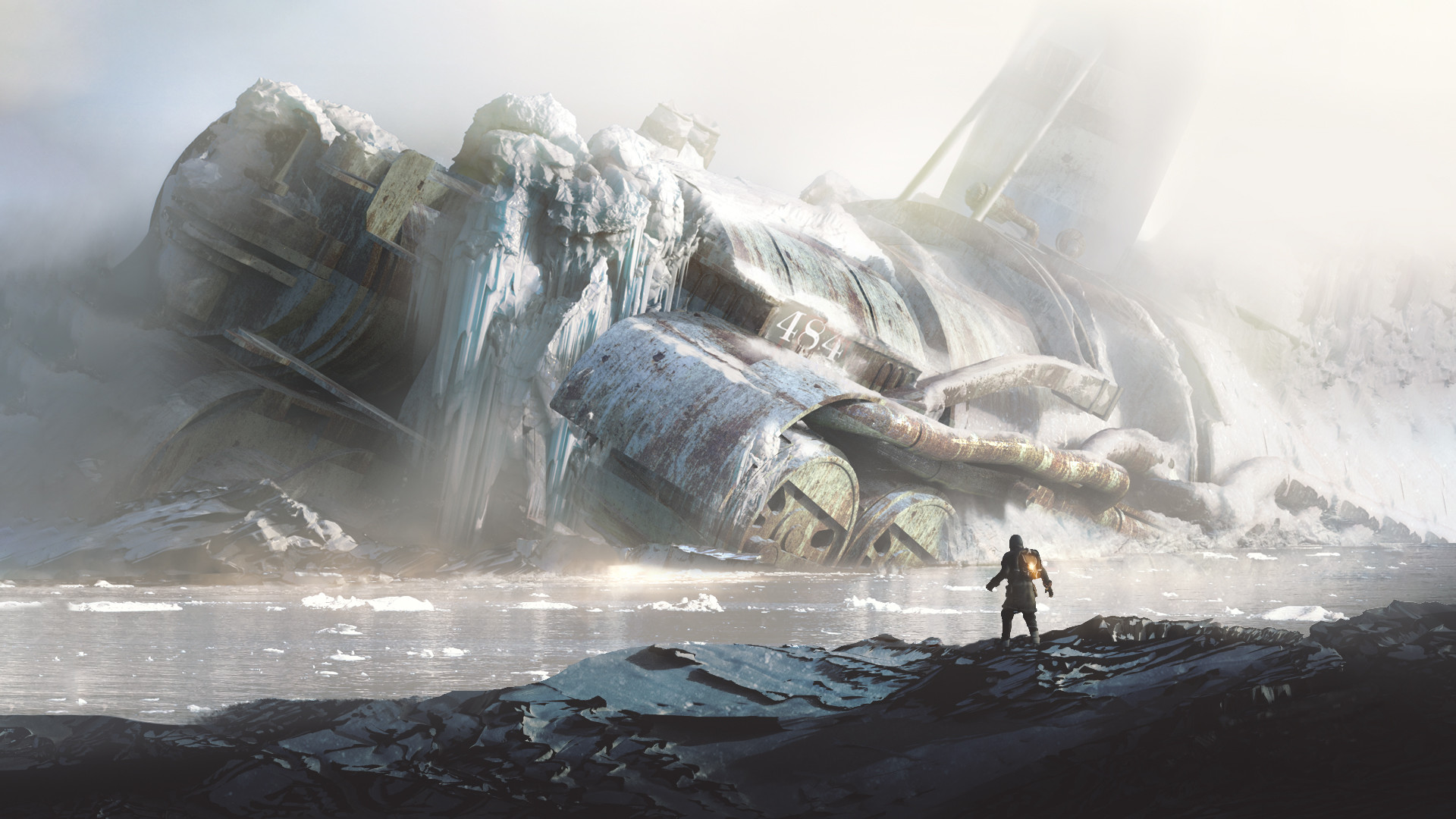 What has been the highlight of your design career so far?
I started working as an intern at 11 bit studio. Over the years I was promoted to a Senior Concept Artist. Both games I worked on later turned out to be a big success worldwide, and kind of a break-through for polish gamedev. In light of that, the actual highlight of my career was not the games or the promotion, but having to open my mind to learning all the skills I needed to make it happen. I would never have guessed my passion would lead me here. The “road” I had to travel is what I would call the highlight of my career. The fact that both of the games were very successful is just a nice addition.

What’s the biggest challenge you face as being designer?
For me, the hardest part is pretty much always the same – working on the atmosphere. It’s also the thing that interests me the most. What I care most of all is not to create perfect anatomy of the characters, draw most realistic hands, make the best looking brick wall in the world, etc, but the feeling of each artwork exactly as it’s supposed to be. I think any great song, movie, book, design, or image consists of many aspects that are correctly bound together which, in the final result, creates an atmosphere full of emotions. And emotions are what draw so many to the piece. For example, if a feeling of loneliness of a character is needed – play with the environment, think about the lighting of the scene, use sounds that have a hint of emptiness, be unique! 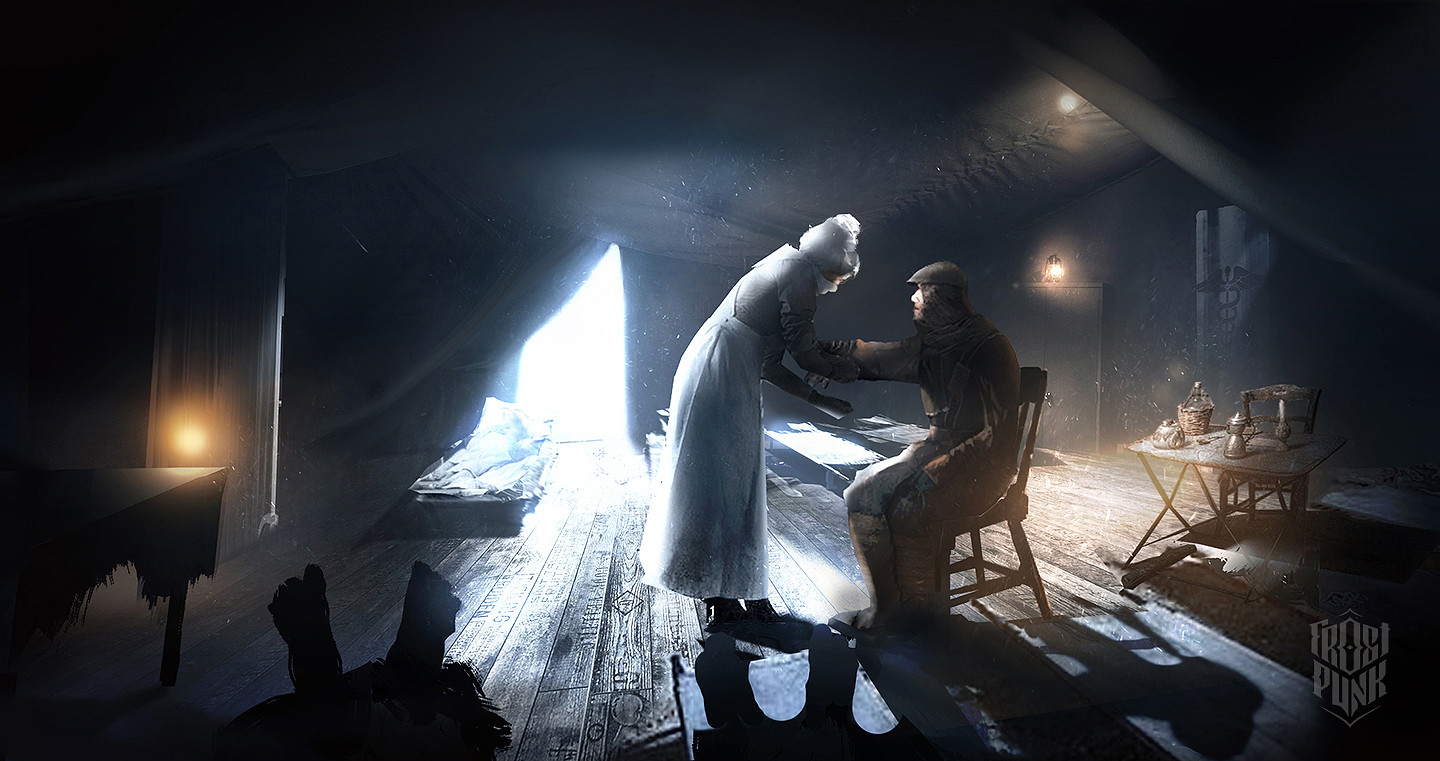 Do you ever diverge far from your traditional workflow?
I try to keep myself updated with software I see potential in. To be honest, I really enjoy exploring new software that gives me more freedom to create, quality, and speed. There’s this thing with Gravity Sketch that differentiates it from all other 3D software. There is no 3D Gizmo, no detailed interface, no keyboard, and no mouse. It’s just you inside an empty space with your imagination and your hands to create. It kind of reminds me of when I was a child, building stuff with Lego blocks, but in Gravity Sketch there is an infinite amount of LEGO!

The power of Gravity Sketch and KeyShot is how the ideas that were previously in my mind are suddenly finished 3D sketches combined in one scene two hours later.”

What is the power of using Gravity Sketch together with KeyShot?
The power of Gravity Sketch and KeyShot is how the ideas that were previously in my mind are suddenly finished 3D sketches combined in one scene two hours later. That is the most powerful feature of combining these tools together. They are super fast, easy to use, and very intuitive.

Did you learn how to use KeyShot after Gravity Sketch?
I learned how to use KeyShot first. Initially, I was really not interested in Virtual Reality at all, but when I saw what you can do in Gravity Sketch on the internet, I bought a VR headset just to use Gravity Sketch. I’m pretty much not even using VR for anything else. The program is more artistic than technical so it suits me perfectly. You don’t need to learn much about the UI – it’s super intuitive. For the first time really, it did not feel like a pain when learning 3D software.

How can you see these two applications working more harmoniously together?
I would love to be able to model and see a nice preview of the scene with materials/lighting at the same time. Real-time rendering in VR in Gravity Sketch would be… just wow.

What would you like to see in the future for design?
The future for VR design is: clients putting headsets on and walking through their dream house in VR first, making corrections to the 3D scenes, before spending tens of thousands of dollars and many hours on a real house. When you observe objects in VR, you can immediately relate to them, almost as in real life, because they exist in the space around you. It’s much easier to relate to than viewing concepts on a flat 2D computer screen. The same will happen to gamedev and cinematography – presentations in VR. It doesn’t have any cons, to be honest. The future of design is really in VR. 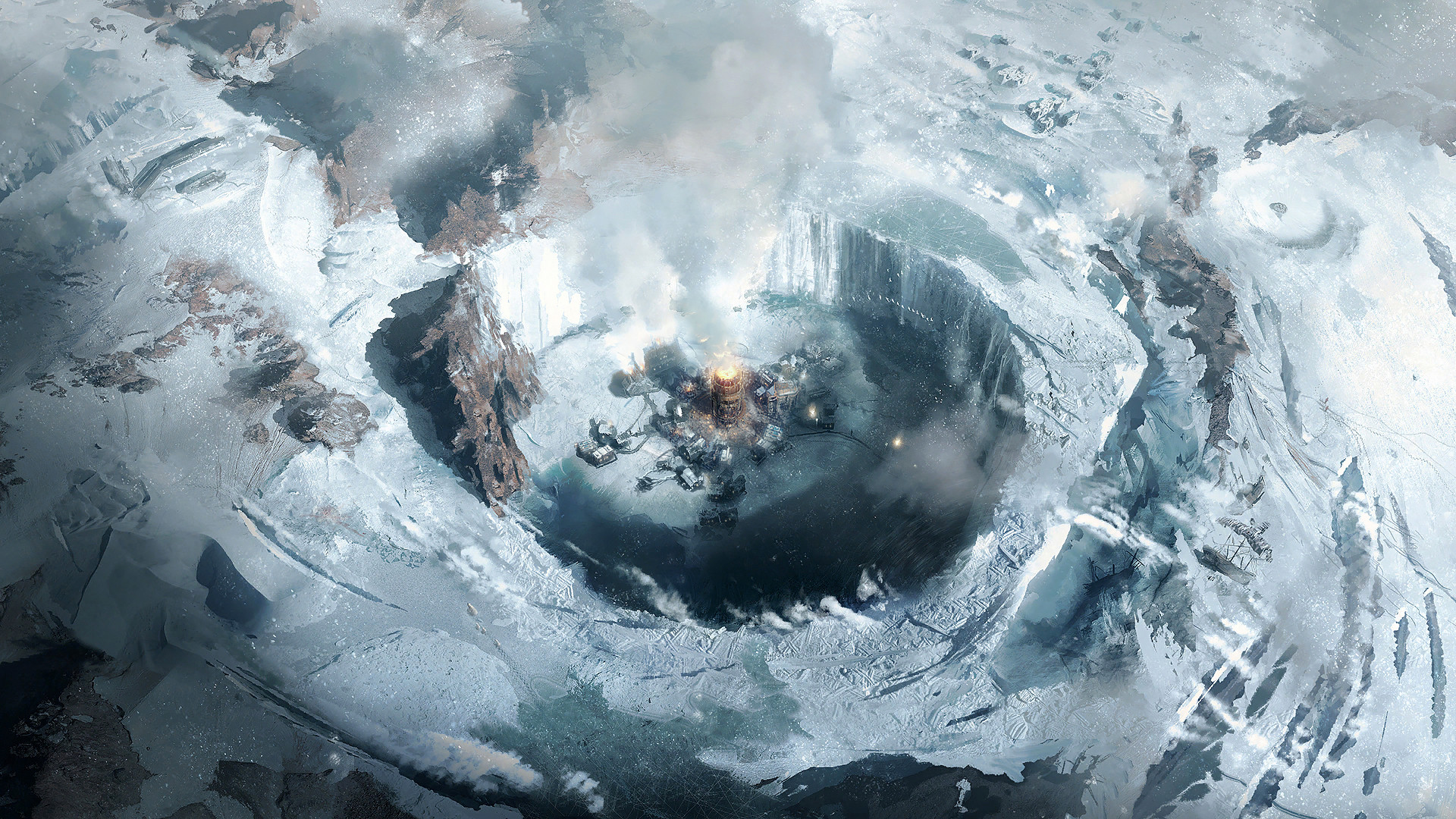 Do you think people need to innovate their workflow to produce innovative work?
It depends, a creative person will be creative no matter what the tool is. People who are super highly-skilled can create amazing stuff out of anything. It depends what the final destination is, what product they want to make. For example, to create a detailed illustration, the process of using Photoshop wins over drawing with pencil on a paper in terms of speed. Practically, nobody will pay you to spend months on drawing a photorealistic cityscape, on a three square meter canvas with a pencil. There are better, quicker ways of creating cityscapes. Any tool/software has its pros, cons, and limitations that will help or block achieving the desired goal. Surely, innovating your workflow will result in getting out of your comfort zone which will lead to creating something completely different. In case of speed and ease of usage, I believe VR software will naturally take over many traditional digital approaches on computers.

What do you think will have the biggest impact on how and what you design in the future?
The computing power, new tools that will pop up, and improvement in VR software. But in the near future, I would love to see scenes rendered real-time in VR. Switching between software takes a lot of time. For me, this would be a big game changer.

Here’s my process going from Gravity Sketch to KeyShot and on to Photoshop.

I spend about one hour in Gravity Sketch (Windmill model), one hour in ZBrush (terrain model), and two hours in KeyShot (texturing, lighting, and cameras). I worked on this project for only four hours, and it already looks kinda awesome. It shows the power of Gravity Sketch at its finest. To complete the project, I render all the camera views out of KeyShot. I then switch to Photoshop to complete paintovers for each. I’ve created a tutorial to guide you through my process of using Gravity Sketch, ZBrush, KeyShot, and Photoshop to create imagery like this Windmill graphic. It’s a fun 1 hour 40 minutes of essential knowledge split up for each software, tightly edited, with no useless talking and repetition. The full tutorial is available here: https://gumroad.com/jakubkowalczyk