A mixture of beautiful composition and refined amounts of detail is not something you would typically associate with the hard surface mechanical design of radiators and heat exchangers. Yet, that is exactly what comes to mind when seeing the product visuals developed by Ideal Stelrad Group Ltd (IGS). The group of companies has been manufacturing different styles of traditional and designer radiators that have established them as one of the most respected names in central heating across Europe. They’ve elevated the presentation of their product line with the use of KeyShot to produce everything from design concepts to marketing images and interactive animations. We talked with Dries Vervoort, Mechanical Designer and developer at Henrad NV, about where he started and how KeyShot is saving them time and money.

British-based Ideal Stelrad Group Ltd. (ISG) is the parent company of Henrad and Stelrad, the two brands of the radiator business branch. The group has multiple production facilities throughout Europe and is market leader in several countries. The R&D site for the radiator activities of the group is based in Herentals, Belgium. We manufacture and distribute radiators for central heating systems.

Dries graduated with a Master’s degree in Product Development from Artesis University College of Antwerp in 2010. It was there, in 2006, where he was introduced to the world of 3D CAD, starting with Rhinoceros 3D then on to doing the majority of his modeling using SolidWorks. Soon after his ‘baptism by fire’ in 3D modeling, he became interested in rendering. “There’s something magical about turning flat, shaded, dull CAD data into physically accurate images.” Dries says, “Working at ISG’s R&D department in Belgium as a product designer was the first job I landed after graduation. I’ve been designing radiators and documentation ever since.” 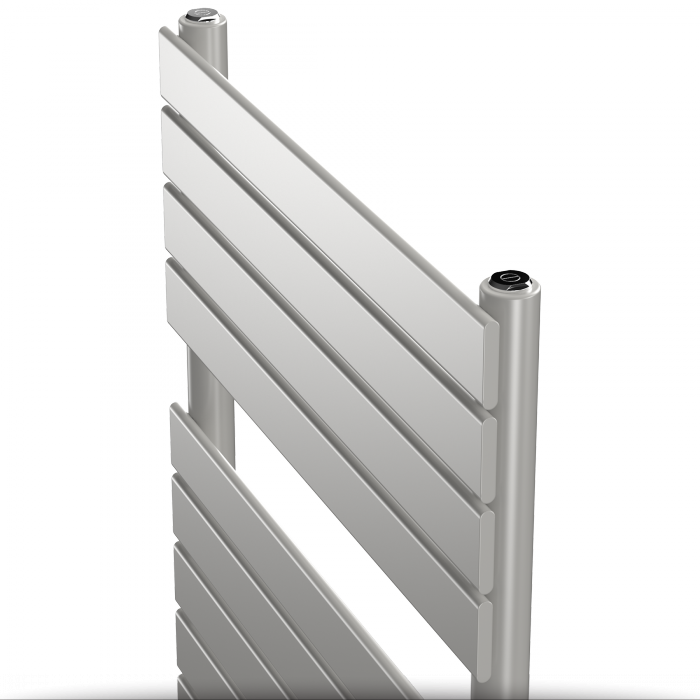 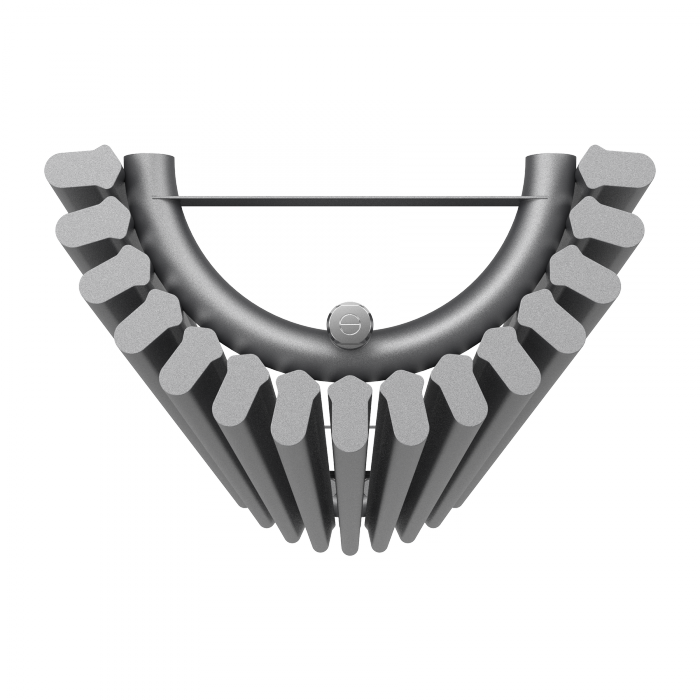 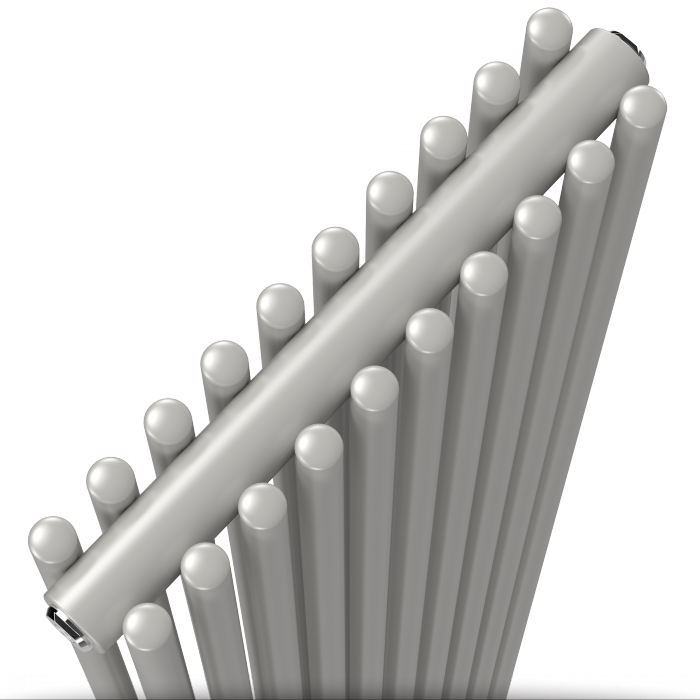 The R&D office uses SolidWorks as their main 3D CAD modeling tool and has been for over 10 years. They have a strong focus on testing, with both the efficiency and heat output of each radiator being very important measurements in evaluating the performance. Dries explains, “Simply put, radiators are heat exchangers. They transfer the thermal energy from heated water (by condensing boiler, heat pump or solar thermal collector) into room air, in order to get a comfortable room temperature. On a physical level, this transfer of energy is a rather complex interplay of conduction, convection and radiation. This proves incredibly hard to simulate through CAE and CFD software. We still rely heavily on standardized testing in our calibrated test room to see how our developments perform in the real world. One very important tool in our testing arsenal is a high-end, infrared camera. Basically, our design process is a continuous cycle of going back and forth between virtual prototype, drawing and test room.”

One of the most remarkable outcomes of this process has been their ECO range of radiators, launched in 2010. Through rigorous testing, they achieved a radiator that has many benefits for installers and end-users. Using a serial flow configuration, water enters the front panel, heating it up faster. This leads to a higher level of front radiation and thus a higher level of comfort for the user. Another benefit is lower heat levels on the back panel compared to traditional radiators, causing less heat loss through the walls and ultimately saving you money. Developing each aspect of this technology and its associated components requires iterative testing, measurements and of course, visualization of the end product. 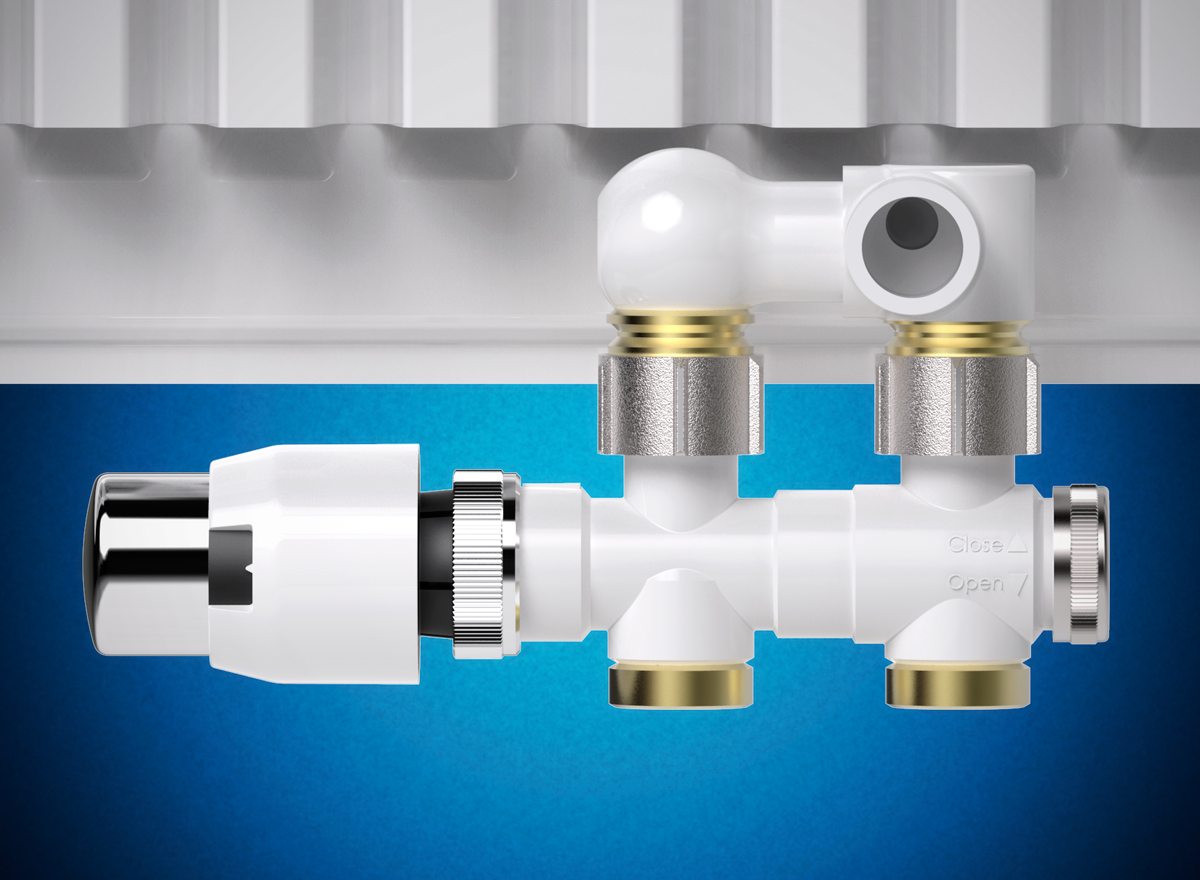 KeyShot has definitely given us the flexibility that we were looking for… Now, when the sales guys ask for an image, we can give it to them within as little as an hour.”

Prior to using KeyShot, ISG development and marketing had no 3D visualization tool, relying on external agencies 100% for anything that had to look better than a SolidWorks screenshot. While those agencies produce excellent images, the lead times were often a deal breaker. Hence, the need for a 3D rendering solution that could be used by both development and marketing that would allow much greater flexibility in producing and distributing product shots. However, many in marketing had never used CAD or 3D rendering software before. KeyShot meets the criteria for both. “KeyShot has definitely given us the flexibility that we were looking for.” Dries shares, “We already had all our radiators modeled as fully-configured SolidWorks assemblies. We were able to use KeyShot right away, as the compatibility with SolidWorks (and STEP data) is quite excellent. Now, when the sales guys ask for an image, we can give it to them within as little as an hour. It speaks to the quality of the KeyShot interface that product developers and marketing personnel alike can use KeyShot to create captivating images.” 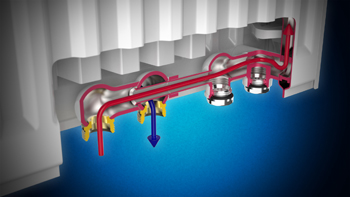 KeyShot has also aided in explaining the operating principles and internal flow of the ECO radiator to customers. “The overviews that we had were composed of SolidWorks screeshots, showing a simplified version of the radiator. This representation was hard to grasp for anyone not familiar with the design or involved during its development. In the fall of 2012, the R&D team decided to give these illustrations a major overhaul. I grabbed a complete ECO radiator assembly from our SolidWorks vault as a starting point. After I had drawn out on paper the views I wanted, I started modeling section cuts and arrows to indicate water flow. After the modeling was done, the sectioned views with arrows were imported into KeyShot. In just one working day, I had all eight scene files prepared. Rendering them out at 1080p was just a matter of feeding them to the render queue and letting my machine rip through it during the night. The workflow in KeyShot was a breeze.”

“The results were fantastic. Now everyone, no matter what their technical background, can understand how our radiator works. I am also in the beginning stages of rendering animated instructions for our products. The group plans to greatly expand this activity in 2013, as well as using more animations in general–the tests I’ve done so far look very promising indeed.” 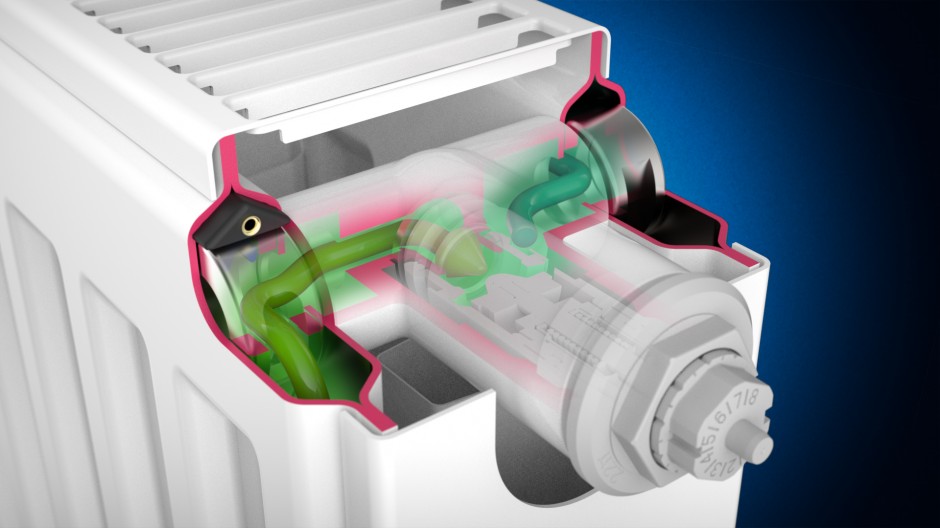 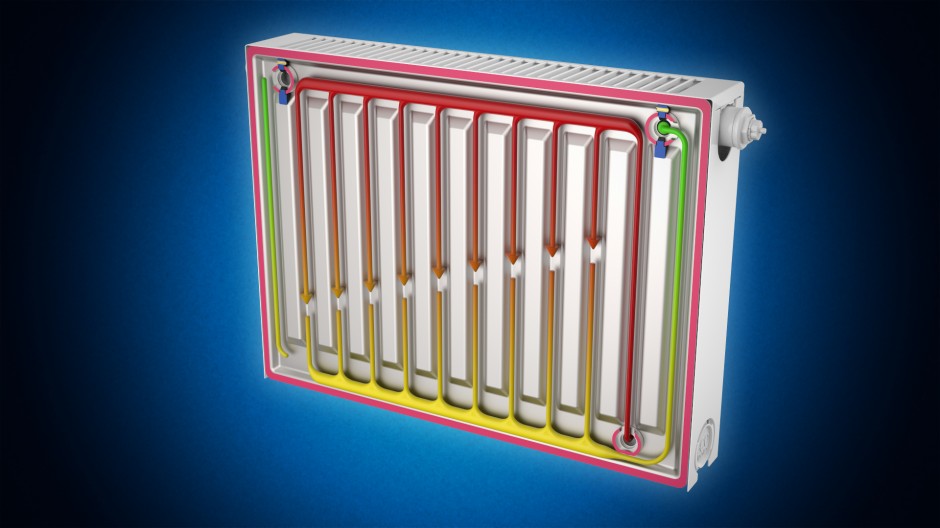 When asking Dries about his motivation and what advice he would pass along to others, he had this to say. “Dare to leave your comfort zone or direct field of work from time to time. Sometimes great ideas to visualize your product can come from very unexpected places.” Dries has made it a habit to create renderings that have nothing to do with radiators or even industrial design, providing the suggestion that one’s KeyShot skill can advance much quicker with insight from others on the KeyShot forums. “It’s often said that KeyShot is an easy-to-use tool that gets you good renderings with little effort. This is certainly very true. However, it still takes mastery, passion and love to get Great results (yes, the kind of great that is spelled with a capital ‘G’)! I like to compare KeyShot with a pencil. They’re both easy to learn how to use, both have a clear interface, both are fast… Both require much practice to become a true artist! I’m not saying that I’m up there yet with the great KeyShot masters, but at least with every passing rendering I’m getting closer.” 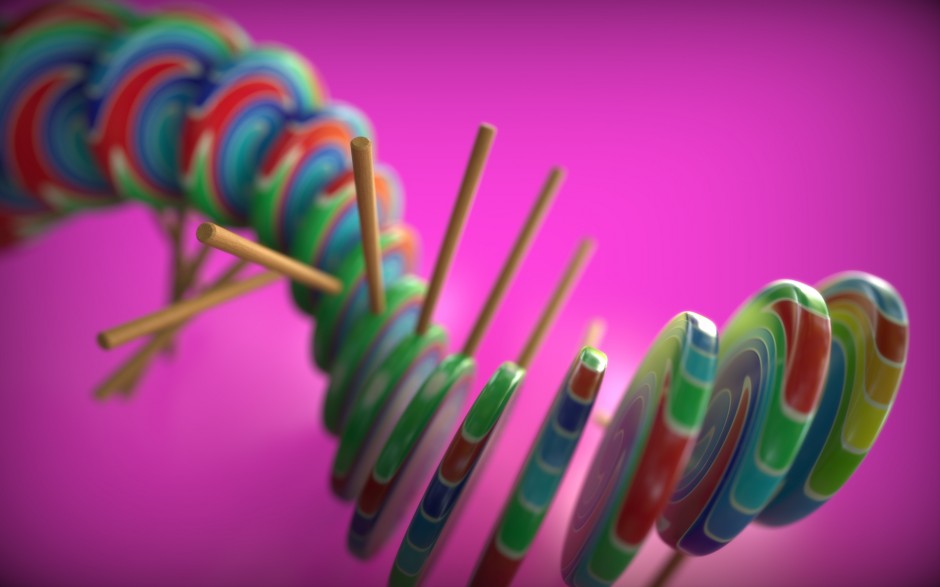 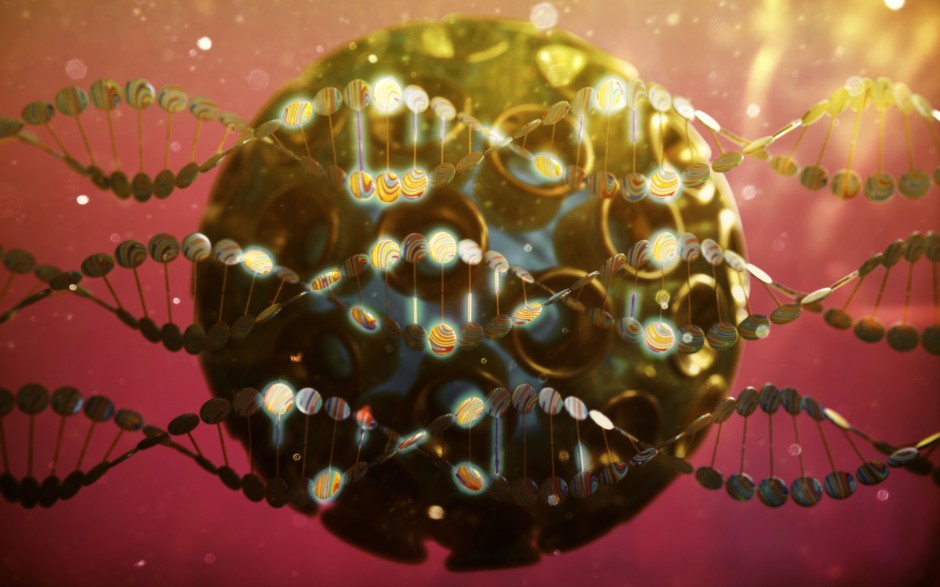 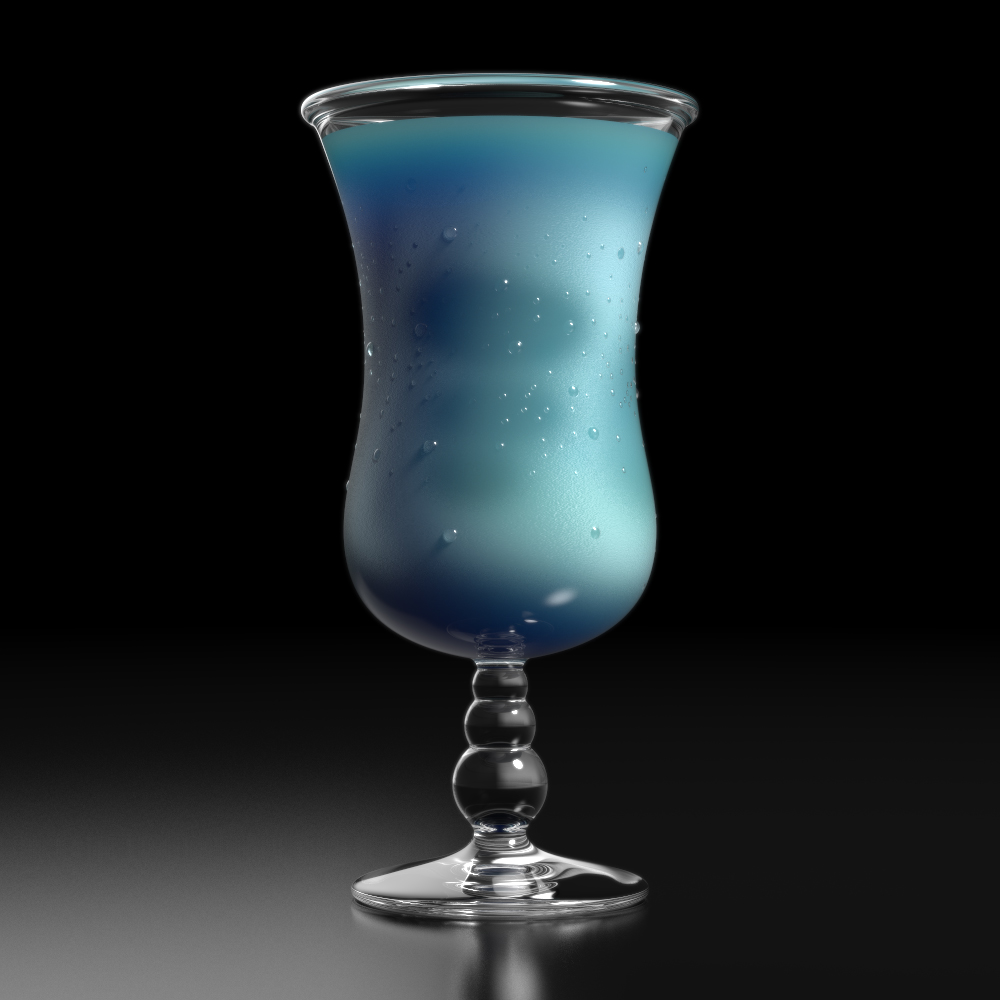