Darko Markovic (Dar-Mar) is am Industrial Designer and 3D Artist who combines art and engineering, melded together through his parents, growing up in Serbia and driven to always go against the grain. Darko reveals the raw truth about what makes him who he is and gives an honest view about his early inspiration, his boundary pushing approach and why KeyShot is such an important tool throughout his process. What sparked your interest in industrial/transportation design?
Growing up around my father, who is a brilliant mechanical engineer, I learned to understand anything I would touch with my hands. Though I must say it wasn’t in art form but in an engineering form. I didn`t understand this gift until I was 20 years old–it had always been normal for me. My mother is an economist who paints in her free time (I post her paintings from time to time on my Facebook page). So, when you combine my mother’s passion (art) and my father’s passion (engineering), you get me, natural-born problem solver with aesthetics, form and function. I can come up with a a lot of functional ideas quickly, which shocks a lot of people I work with.

In general, my interest in design didn’t spark until I was 17 and, to be honest, I didn’t know how to draw anything back then, but I understood and learned quick. Painting was a different form of an mathematical equation, and where others may simply draw, I would approach it from a different angle. The focus for me was to go beyond doing something for the sake of doing something.

This approach motivates me all the time, when I design the vehicles, characters or ships, I see it in my head and immediately start resolving the problems as I work. My thought reside in the future, past doesn’t interest me, which allows me to focus my concepts in any different area, thinking, “What would this look like 20-50 years from now? Why?” 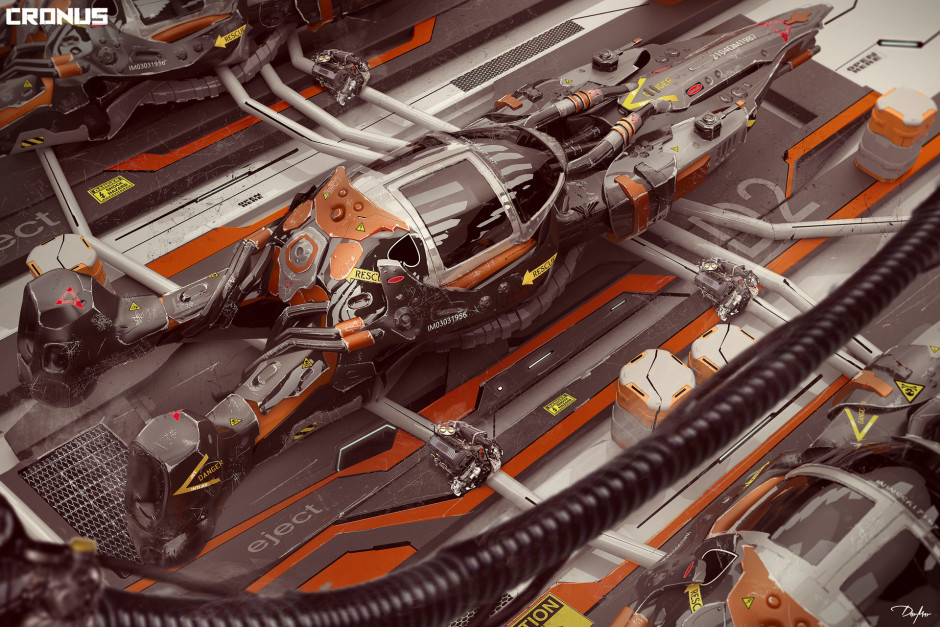 What were some highlights and the turning point in your career?
Some highlights include international awards in architecture, design, concept art and more. I’m honored to be the first Serbian with a scholarship from Lamborghini on SPD Milano (given personally by Walter Da Silva himself). I was privileged to work on project MAAL as transportation designer in Italy, that will be featured at the 2016/2017 Geneva Autoshow. I’m excited about clients in the film industry I started working with recently and one project in particular, an upcoming short called Cronus.

And it’s the small things too–All those small awards keep my soul happy. Things like being featured on a popular design portal or shown in a gallery of best work. That’s when I say to myself “Darmar, you are doing something right.”

What would you say is unique about your approach to a project?
My imagination and pushing the boundaries. My whole life I’ve pushed the boundaries–when something is normal for me, it’s very boring. So I like to tackle projects from angles other people wouldn’t. Exploration is key, along with trying new approaches. Most artists I see today are trying to work or replicate a process others serve to them.

Lets face it, most people are sheep who follow another. I would be the black sheep and was like this even at university. There was a professor who had us sketch a car on A3 paper. A great exercise, but at that point there was absolutely no point in drawing on sketch on A3 paper with such a short deadline. I confronted him, asking why he is making us do this, and he didn’t have the answer but his ego didn’t let him see that there was a better way.

Back then nobody was thinking to use polygonal modeling in car design–people were set on using NURBS. Well, I had a different opinion about that. It took me less than five hours to model whole proportions of the car and print perspectives to make full renders. Everyone was shocked. Of course, my teacher punished me for that. Now, I hear each generation is using the approach as I used. And guess what? Since 2014, more companies have started using polygon modeling in car design. I always ask WHY? And why not? What will this improve? And the big question: Why am I afraid to go in a different direction?

What is your primary 3D modeling software?
Until recently, it was Autodesk Maya and Autodesk Studio Tools, but then I tried ZBrush. All I can say I am never going back! ZBrush is such a natural tool for me–an extension of my arm. I feel so calm and relaxed while working in it. They’ve brought the future into the present, and not a single software has ever made this much of a change in the CGI industry.

When I open KeyShot, I am literally presenting the concept to myself. It makes me faster and smarter. It’s the speed and efficiency in the process that other renderers can’t even touch.”

So, where in the process do you use KeyShot?
Next to ZBrush, KeyShot is my second favorite tool, and has been since the beginning. I remember first learning 3D, then to 2D sketch render. (I did that a bit backwards, yes?) When I first started, there was nothing similar to KeyShot. I downloaded it and I said to myself, “WHAT THE HELL IS THIS?” It totally changed everything in my head. I mean, seeing a model, totally textured and rendered in an environment, shook my world. How much cooler can it get? With KeyShot, you see everything you need to see immediately, it cuts out so much nonsense–everyone should use it. While modeling in ZBrush, I’ll use the the ZBrush to KeyShot Bridge that brings everything over and is so useful, because of the major role materials play in any design. It allows me to constantly check how I am progressing, where I am going, and what I need to do next. From the first ZBrush mesh until the last KeyShot render.

What makes KeyShot an important tool to have?
KeyShot saves so much time, and time is very important in our industry. With materials that are just out of this world, KeyShot makes it possible to do things that were not possible before. People don’t realize how much the forget on the presentation of a project, first to themselves, not just the client. Once you approve it, the client can take a look. This is where KeyShot comes into the process. When I open KeyShot, I am literally presenting the concept to myself. It makes me faster and smarter. It’s the speed and efficiency in the process that other renderers can’t even touch.

What advice would you give to someone interested in doing what you do?
Read, learn, analyze. Don’t leave it to only drawing. There is so much more than drawing in any design field. When I see a great, inspirational piece, I know that person has been working a lot, no just on the design, but on himself. So don’t be like other artists who only draw because it’s cool. Upgrade yourself and know what/why you are drawing. Once you start doing that, your brain will hurt, but the progress will be incredible. 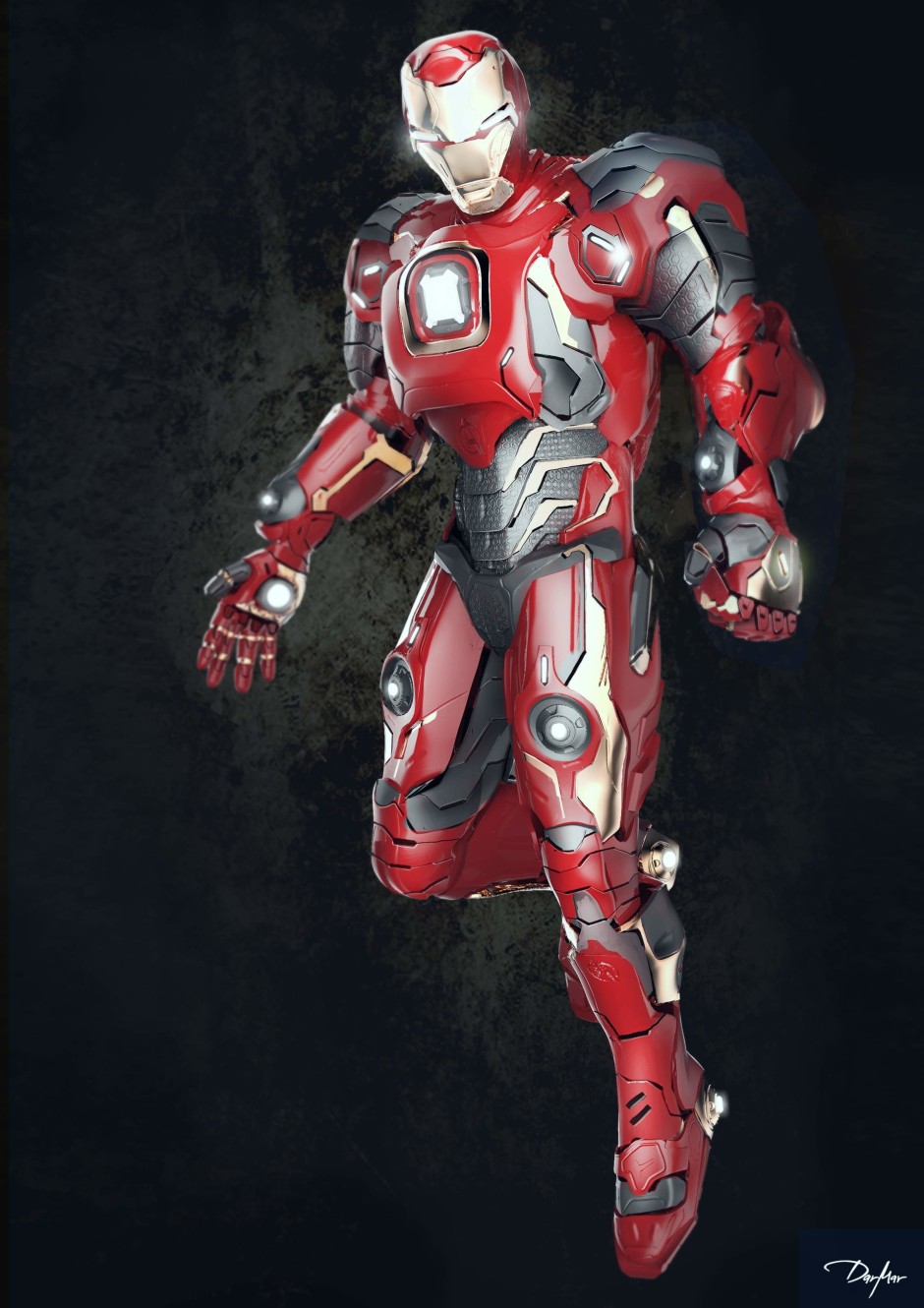 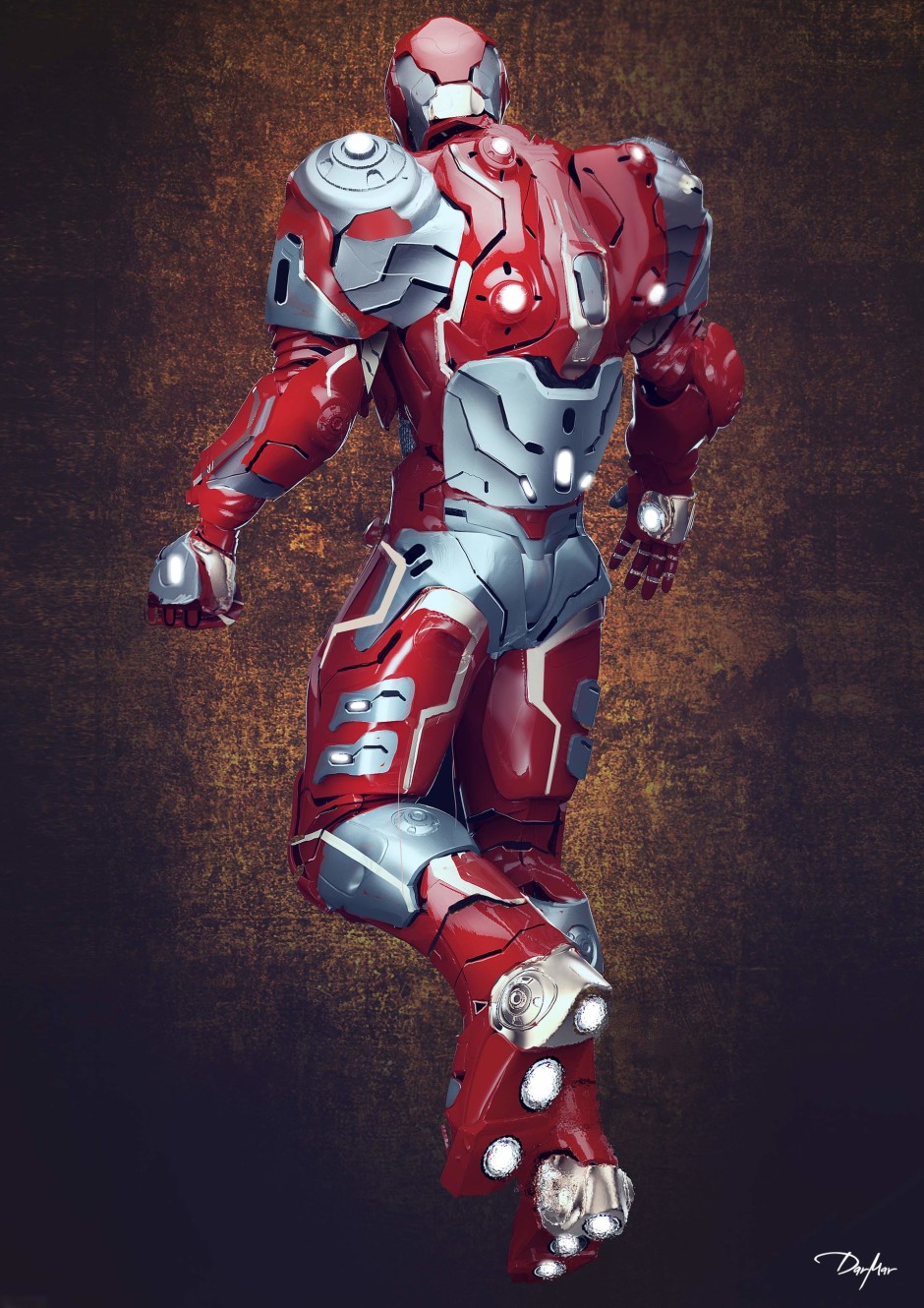 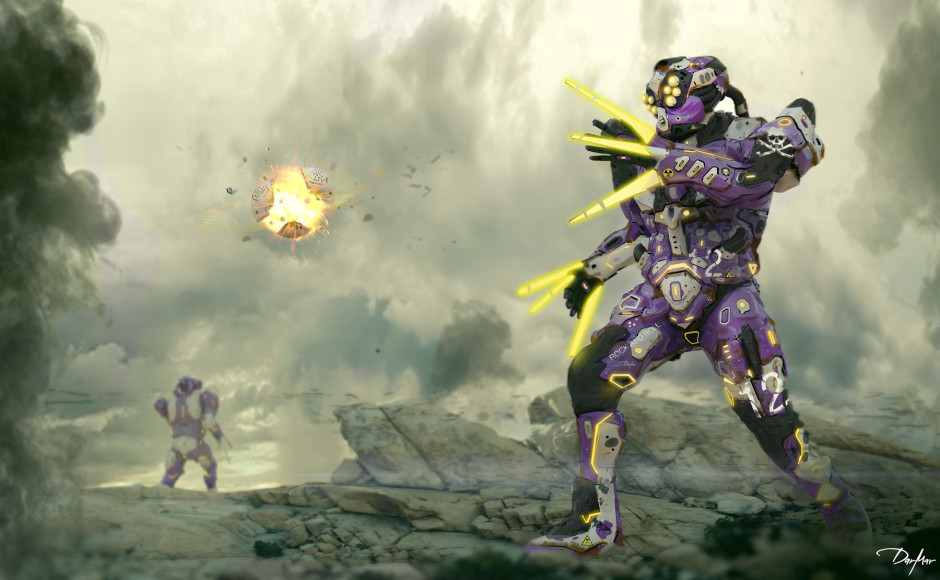 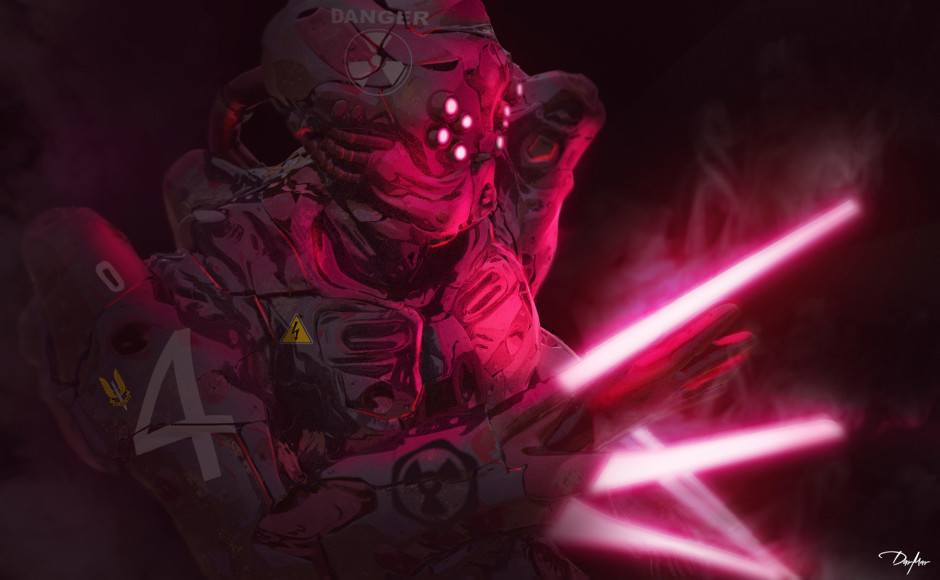 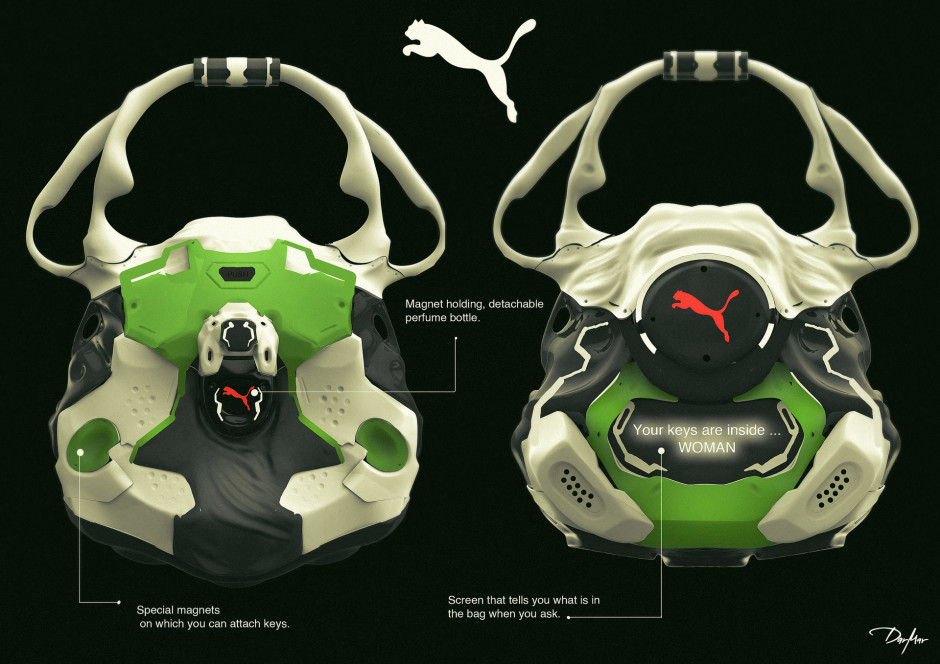